Stand By Your Manhood: A Game-changer for Modern Men by Peter Lloyd 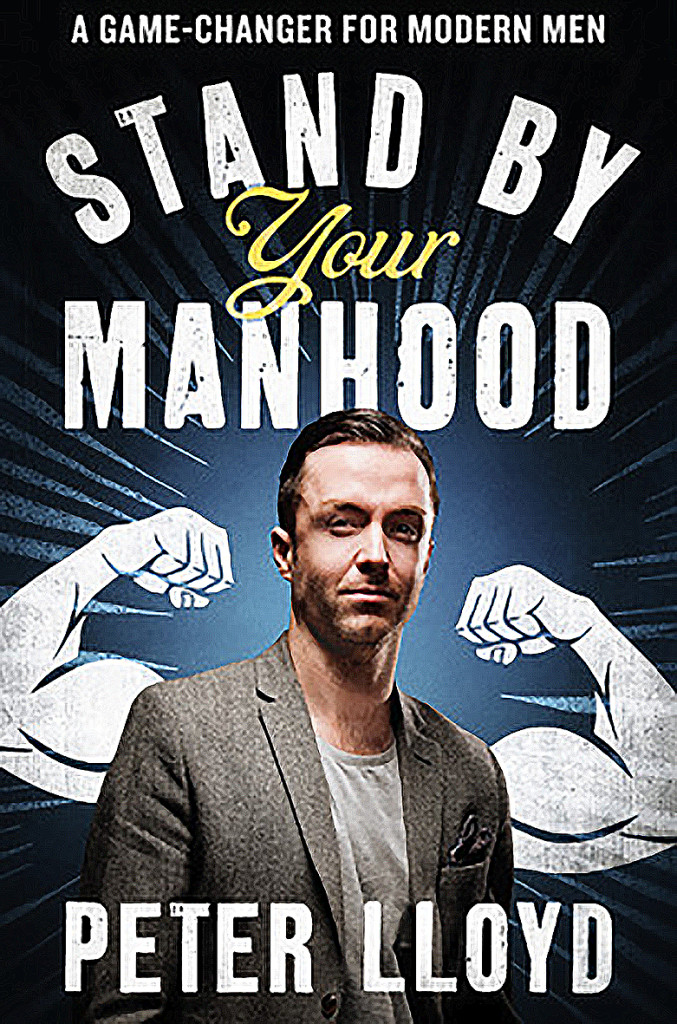 Stand By Your Manhood: A Game-changer for Modern Menby Peter Lloydhttps://www.bitebackpublishing.com/books/stand-by-your-manhood

Review by Matt O’Connor Boldy going where no responsible man has gone before, Peter Lloyd’s eye-wateringly funny tome on the ‘F-Word’ (father) and the challenges facing the modern man, is an essential stocking filler for lads and dads this Christmas. Covering everything from penoplasty to Fathers4Justice in a single lycra-clad leap, Lloyd’s manifesto for mankind courageously opens up a new front – the ‘Y-Front’ – in the war against anti-male bigotry which all too often sees men and fathers treated like political Ebola. Stand By Your Manhood gives a voice to millions of men who have been marginalised and disenfranchised by successive governments, who believe in equal rights for everyone, except anyone with a penis. Yet to speak out about men’s issues is seen by a small, but fanatical feminist Taliban, as speaking out against women. That’s a bit like saying you can’t support ‘Save The Whale’ as it’s anti-dolphin. Feminism has succeeded in creating an environment where its all too easy for men to hang up their testicles in despair, where we are constantly told how shit we are by the likes of The Guardian, who seem hell-bent on creating a nation of neutered manginas in search of one last testosterone injection. Which makes ‘Stand By Your Manhood’ a work of heresy. The equivalent of walking into a flat-earthers meeting with a globe. And the low-flying, pointy-hat brigade have already taken to the skies to declare Jihad on Lloyd, with one site already describing him as a ‘noted misogynist’.  Really? Yes, this book shoots down sacred cows with lethal accuracy, but only to illustrate the rank hypocrisy and double-standards at play in the battle of the sexes. Take the sexist and often offensive views of Lily Allen and other female celebrities who are happy to use social media to demonise and ridicule men on the one hand, whilst shamelessly playing the victim card with the other.  Thankfully the winning card that shines through the pages here is the one thing that the critics almost certainly don’t possess; a sense of humour. What isn’t to like about the liberal pundamentalism of ‘The Fraud of The Rings’ and a ‘Storm in a D-Cup’? Surely the point about the serious and often life-threatening challenges of being a man, is that we can laugh in the face of adversity and more importantly, laugh at ourselves. When Fathers4Justice stalwart Guy Harrison recalls powder-bombing Prime Minister Tony Blair in the House of Commons in 2004, he says, “I’d be rubbish in a Jack Bauer situation, they could break me with Morris dancers.”  Yes, you will wince and mince through the essential chapters on penis enlargement and circumcision, and cry in despair at the cruel depravity of the CSA and secret family courts. But the pain is sugar coated with a mischievous blend of political Viagra and sly humour, which is liberally sprinkled on every page. It’s enough to make you swell with pride. Interestingly, Lloyd is all too often given a Siberian cold-shoulder by government Ministers and feminists he tries to befriend as part of his attempt to write a balanced, well researched book. You are left thinking that if a journalist is treated with such contempt, what hope is there for the rest of us? Stand By Your Manhood deserves maximum airtime and our full attention. It should be mandatory reading for teenage boys studying the National Curriculum and studied on every conceivable occasion – with a complimentary condom of course. Because as this book also makes clear, child support makes for very, very expensive sex. Too few books are brave enough to tackle the twin taboos of manhood and fatherhood, and too few authors are prepared to risk having their testicles served as hors d’oeuvres at a Janet Street-Porter dinner party. But wasn’t it the feminists who said the personal is political? And why would they care about this book anyway? After all, we’re just talking bollocks, surely? Stand By Your Manhood: A Game-changer for Modern Menby Peter Lloydhttps://www.bitebackpublishing.com/books/stand-by-your-manhood