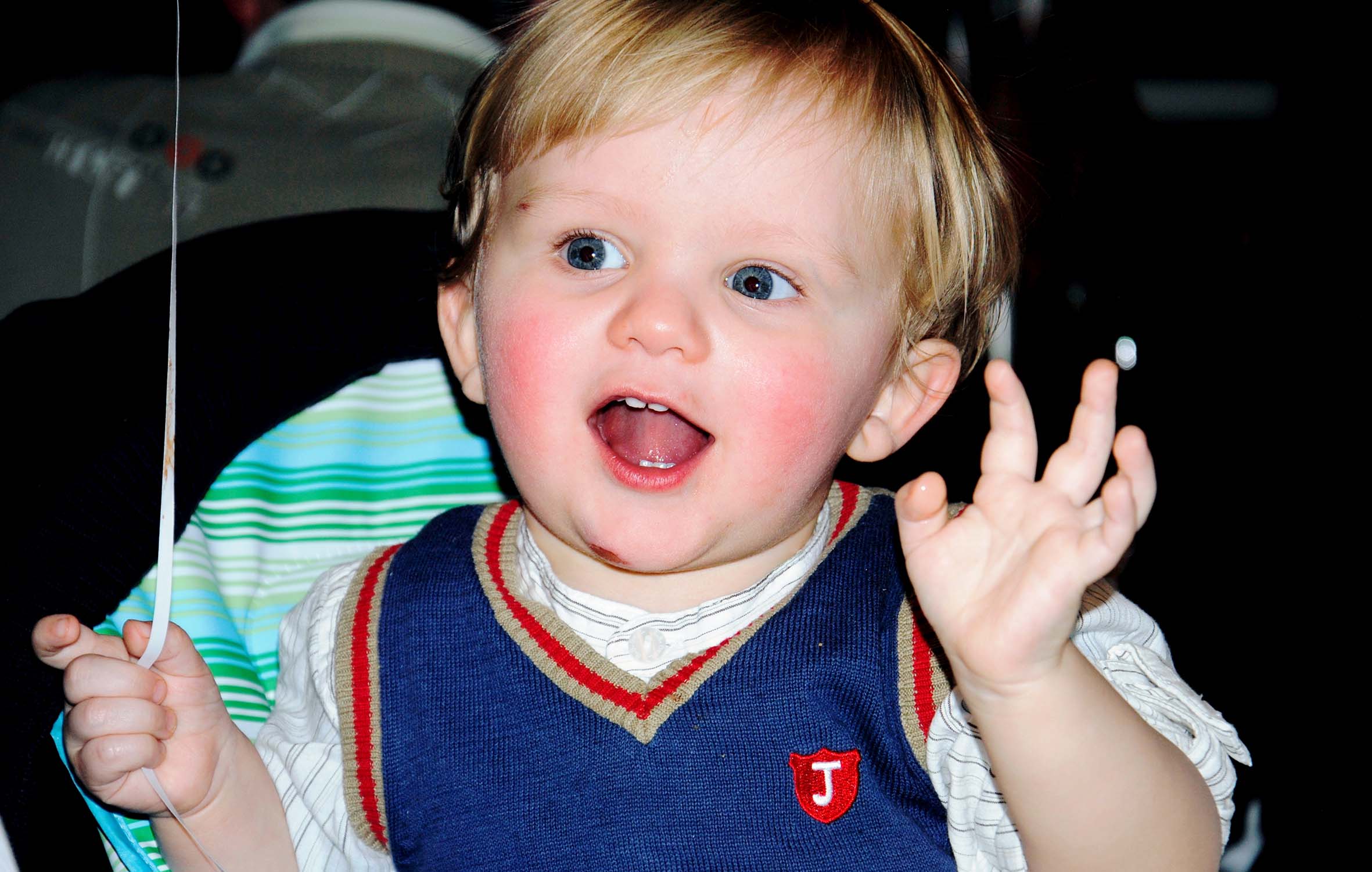 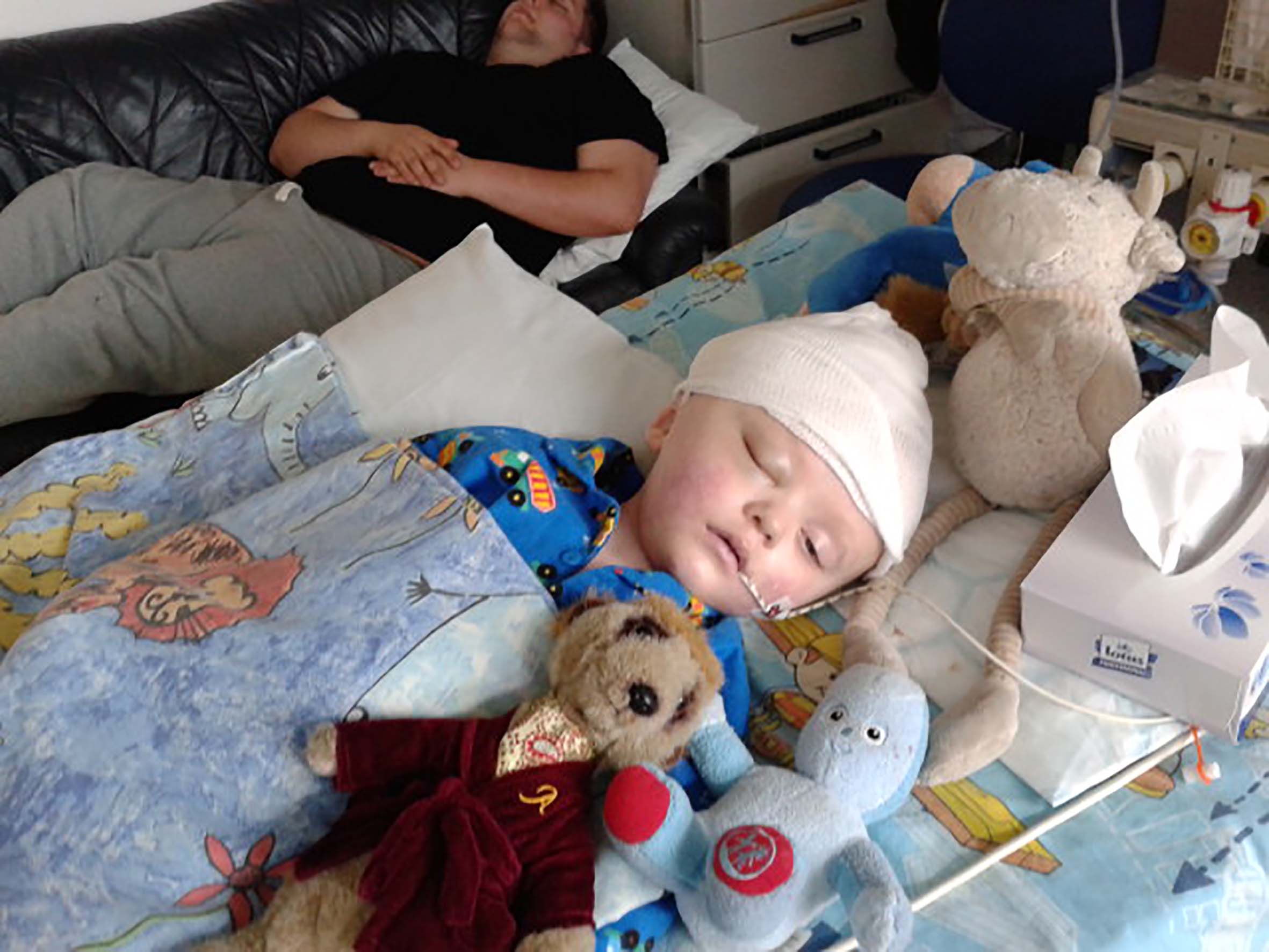 F4J announced on Father’s Day that it was backing dad Nicholas Harry in his campaign to secure justice for his son Sam, who was killed with the force of a 60mph car crash – just 18-months old – by his mum Deanna Buffham, and her boyfriend, Ryan Bate.

The pair blamed each of other for the child’s death, and though both were arrested, the Crown Prosecution Service concluded there was insufficient evidence to bring charges.

Since then, Nicholas has fought to bring his son’s killers to justice, “Sam’s death was avoidable, but the system that I was brought up to respect has failed Sam and ruined the lives of my family. I was ignorant of family law, I had heard about the bias towards mothers, but Sam’s mum was an alcohol dependent abuser, how could she be seen as a better parent? I couldn’t believe it when I had to spend £14,000 on solicitors and court fees fighting to see him despite this.”

“I spent every waking hour providing statements and evidence, determined to provide my son with the best life available to him. Instead of being seen as a loving dad, I was judged to be controlling simply for explaining the risks my son faced.”

“Months after the judge had awarded residence to her, Sam was killed in the care of his mother. I had been honest and abided by every rule to ensure the safety of my son, but in reality the only thing I could have done to save Sam’s life is to have broken the law and absconded with him. I have lost complete faith in the judicial system that we trust to protect us, to protect our children.”

Fathers4Justice founder Matt O’Connor has said the group will put their support behind the Justice4Sam campaign with a new ad for Father’s Day and campaign logo in addition to legal advice. The group’s lawyers are advising Mr Harry on an unlawful death suit under the Fatal Accidents Act 1976 and the possibility of a negligence claim against the Children and Family Court Advisory Service (CAFCASS), which was involved in family court proceedings shortly after Samuel’s birth.

Said Matt O’Connor, “Countless children have been murdered by their mums and their new partners, but like many fathers in these cases, Sam’s dad, Nicholas, was given limited access to his son by the family courts and could do little to protect him. With 4 million children living in fatherless homes, how many more kids have to die before dads are given equal access?” 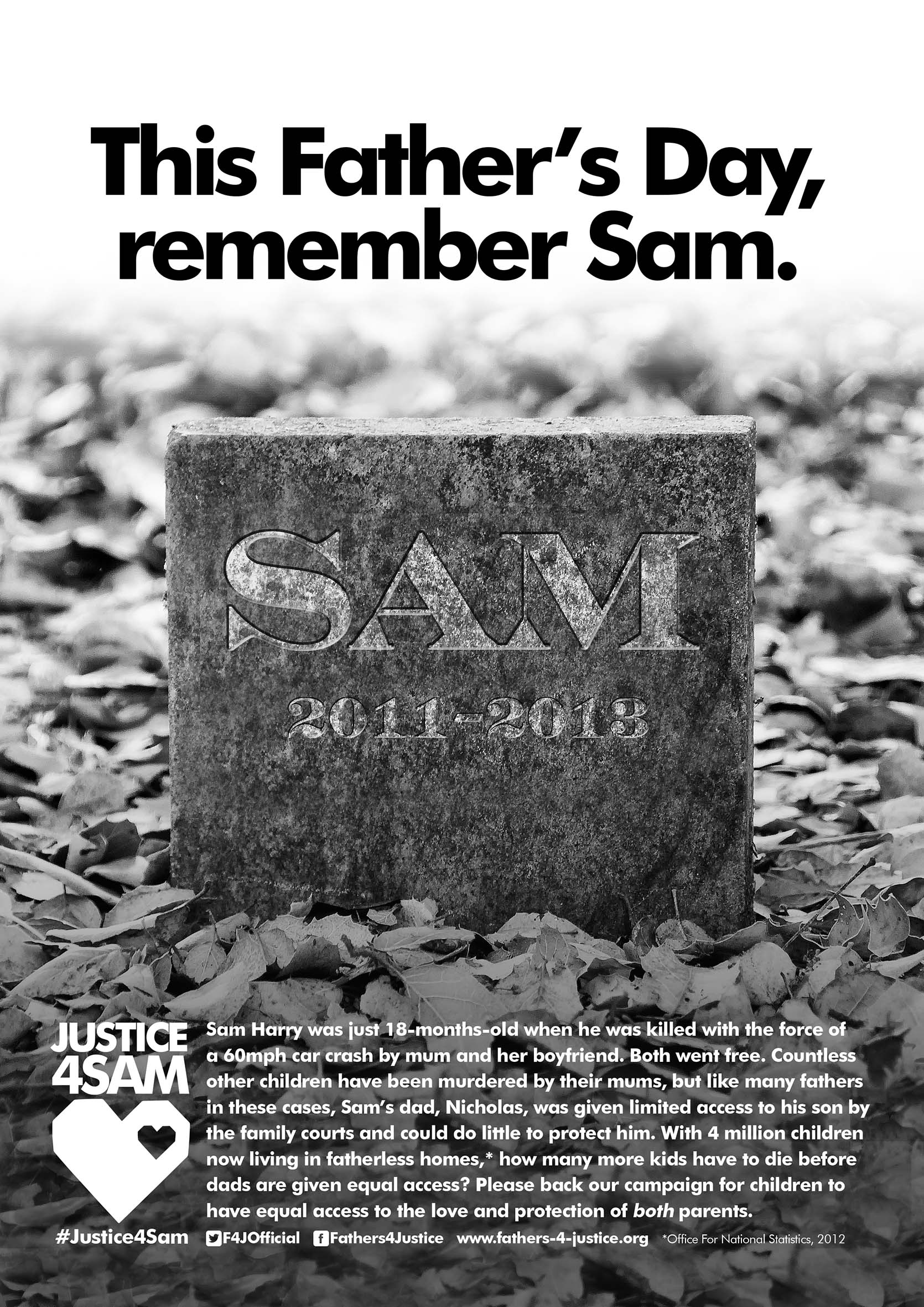 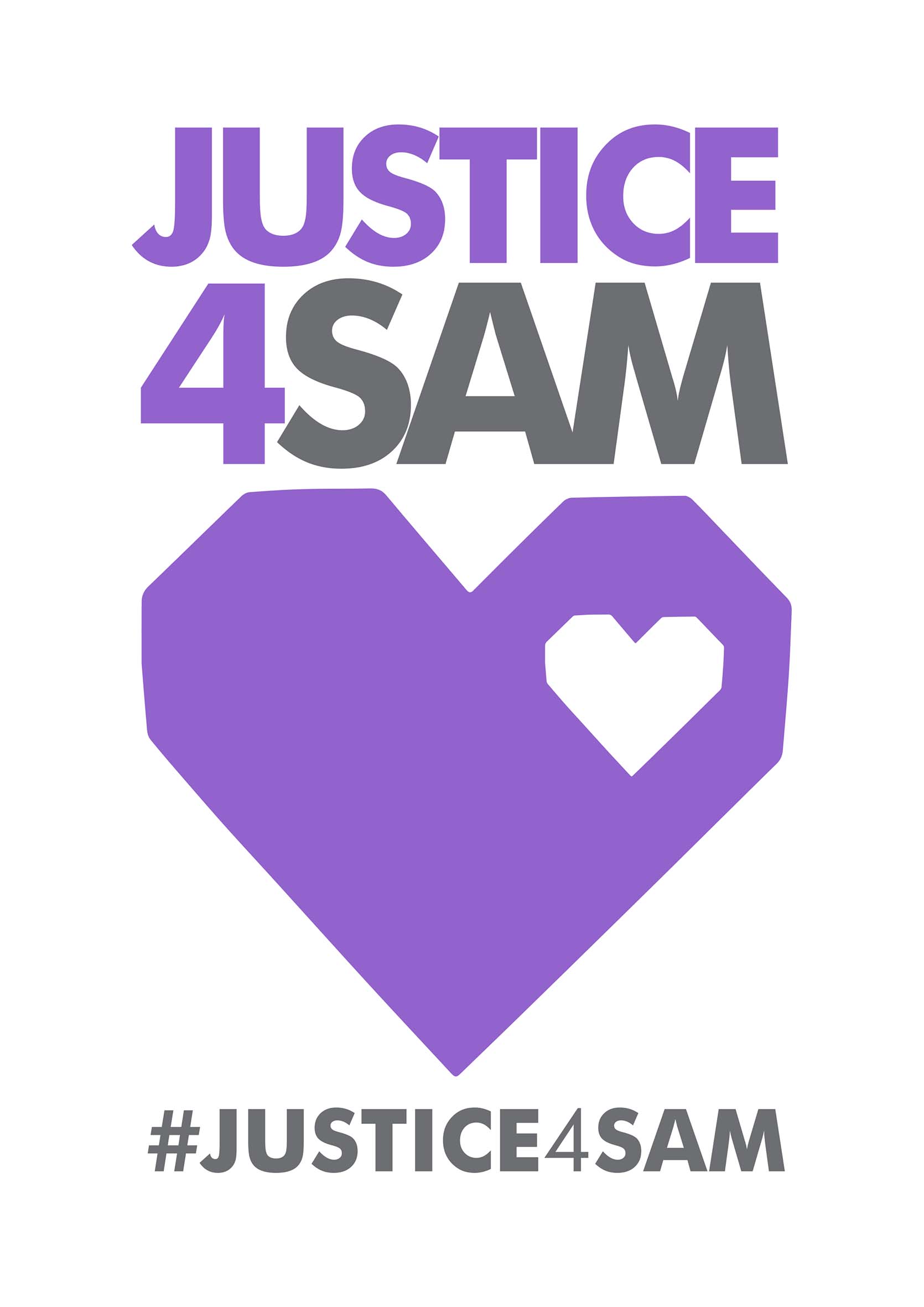