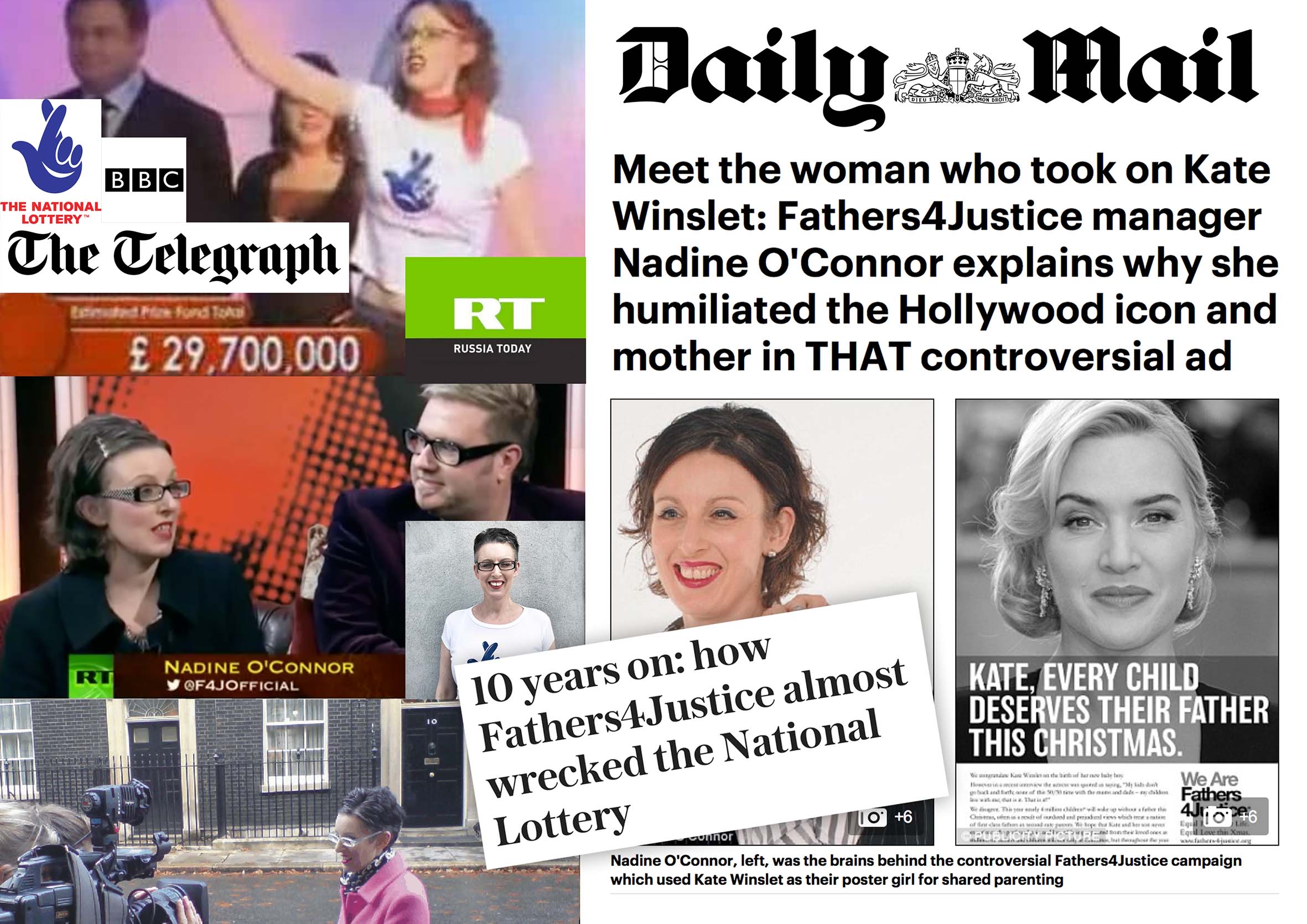 When actress Kate Winslet became the subject of a Fathers4Justice campaign in late 2013, the brains, braun and the balls behind the controversial ad was – perhaps surprisingly – a woman.

Nadine O’Connor, the mother-of-two who locked horns with the Titanic star, is not only the International Campaign Director for Fathers4Justice, but a fierce campaigner against the parental alienation of children – which she calls child abuse – and Britain’s secret family courts.

So why on earth would she want to swap sisterhood for a superhero suit? After all, no matter how powerful women have become in recent years, the partnership remains an unlikely one.

Speaking to the Daily Mail in 2014, Nadine said, ‘In 2005, three years into my own battle, a girlfriend told me about Fathers4Justice. She said my story sounded like that of the men she’d read about in the papers, so I went to a meeting with my Dad,’ she says.

Several years of activism followed – including getting past ex-SAS security staff to take a live BBC broadcast of the National Lottery off air in front of 11 million people. A notorious event recently revisited by the Daily Telegraph.


Fast-forward to the present day and Nadine, who is fashionable and funny as well as fantastically formidable, is now the organisation’s International Campaign Director: working across the UK, Ireland and the United States, uniting men who, ironically, have been disenfranchised by women.

In Ireland she has become an outspoken advocate for fathers’ rights.

In the UK, specifically, between 2010-12, she led negotiations with both the Conservatives and Liberal Democrats on family law reform.

It’s also where she met her husband, F4J founder Matt O’Connor, with whom she had a son, Archie.

Her message, she says, formed an integral part of her recent work with ‘the Kate campaign’ because, socially and legally, it remains off-limits. Even in the upper echelons of LA.

So what needs to change in order for everyone to benefit from equal parenting? A massive, time-consuming, expensive overhaul of the legal profession and governmental child care agencies?
Perhaps not.

Remarkably, not only has she resolved the dispute with her ex, but now co-parents their daughter closely with him.