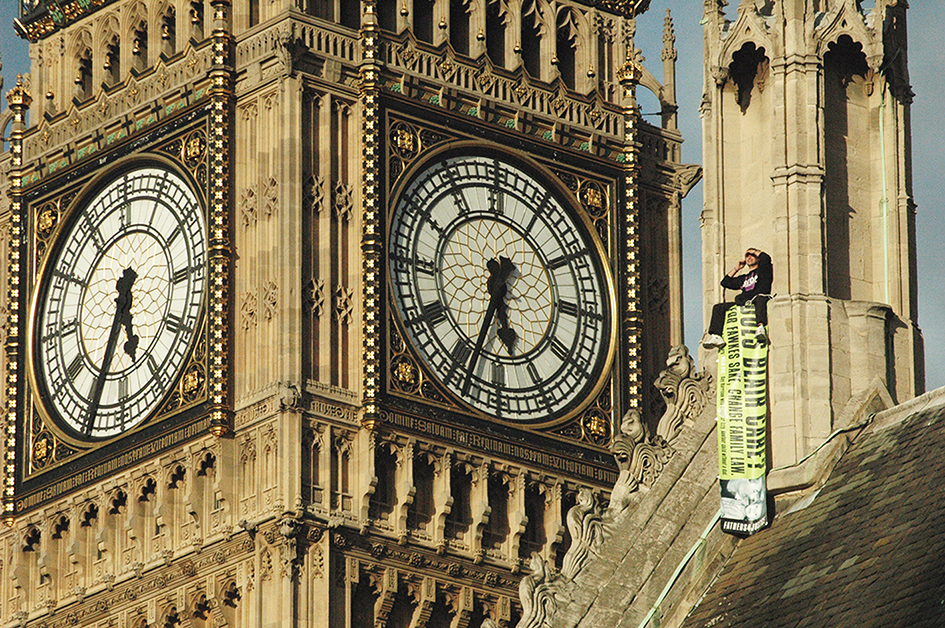 A high-profile fathers’ rights campaign is launching in Australia this month. Fathers4Justice (F4J) was started by father-of-three Matt O’Connor in 2001 and quickly became infamous for ‘superhero’ protests where dads climbed national landmarks like Buckingham Palace in protest at their separation from their children.

F4J have been involved in a number of high-profile custody cases including Kate Winslet, Madonna and Guy Ritchie, Katie Price, Myleene Klass and Lena Headey.

The group now receives a call for help every 15 minutes and has received three-quarters of a million calls for help since launch. It’s also the 3rd Highest supported campaign group in the UK after Greenpeace and Amnesty International.

The Australian launch is being headed by International Campaign Director, Nadine O’Connor who will be meeting politician Mark Latham and Adam Clarke, a psychologist and lecturer in the School of Psychology, at the University of Wollongong. She will also meeting Australian dads to discuss their cases and the issues in the family courts.

F4J say that Australia is an ‘abduction destination’ where mother’s frequently take their children in order to deny fathers access to their children. F4J will be attempting to find and reunite Izzy Harrison, 21, who was taken from the UK away from her father Guy Harrison.

Guy ‘powder-bombed’ Prime Minister Tony Blair in a Fathers4Justice protest in the House of Commons in 2004 and is married to Emily, the sister of pop-star James Blunt.

In a separate high-profile case, Dorothy Lee Barnett spend 20 years evading the FBI after kidnapping her daughter and taking her to Australia.

In a reversal of this trend, the son of Australian TV Director, Ben Alcott, was taken from Australia to Britain without permission. The case, which has attached publicity in the UK, has involved Ben travelling over 500,000 miles over 3 years in an effort to stay in contact with his son Charlie. Charlie’s mum, Katy Ashworth is a BBC children’s TV presenter.

* F4J has been providing heal and support for separated dads for over 18 years.
* F4J receive a call for help every 15 minutes.
* There have been around three-quarters of a million calls for help since 2001.
* F4J is the 3rd Highest supported campaign group in the UK after Greenpeace and Amnesty International.
* Over 90,000 families are registered supporters of Fathers4Justice in the UK.
* F4J have been involved in a number of high-profile custody cases including Kate Winslet, Madonna and Guy Ritchie, Katie Price, Myleene Klass and Lena Headey.
* The F4J team have over 60 years family court experience between them.
* F4J receive on average 4 reported suicides every month.