Despite being presented as a radical candidate for the Labour leadership, Jeremy Corbyn’s opposition to shared parenting is as depressing as it is predictable.

While other Labour MP’s like David Lammy, David Blunkett and Frank Field signed Early Day Motion 210 supporting shared parenting in 2014, Corbyn refused to do so.

He also opposed giving any rights to the thousands of grandparents cruelly separated from their grandchildren every year.

F4J can reveal that Corbyn opposed shared parenting when he sat on the Justice Committee in the last Parliament and wrote to a constituent explaining his reasons for doing so. See letter below.

It’s worth remembering that this is the same Justice Committee that refused to hear oral testimony from Fathers4Justice on the matter, denying some 50,000 families a voice on this matter.

So much for democracy.

Perhaps if they had heard our testimony, they might have had a better informed perspective on the matter, yet for nearly 15 years, the Justice Committee has denied Fathers4Justice any representation whatsoever.

All praise then to the politicians from all parties who had the courage of their convictions to stand up for equality by signing EDM 210 and to George Galloway who sponsored the EDM.

As a father born and raised in the Labour Party, the irony isn’t lost on me that a party set up by working class men to defend their rights, has now stripped them of any rights to see their children. 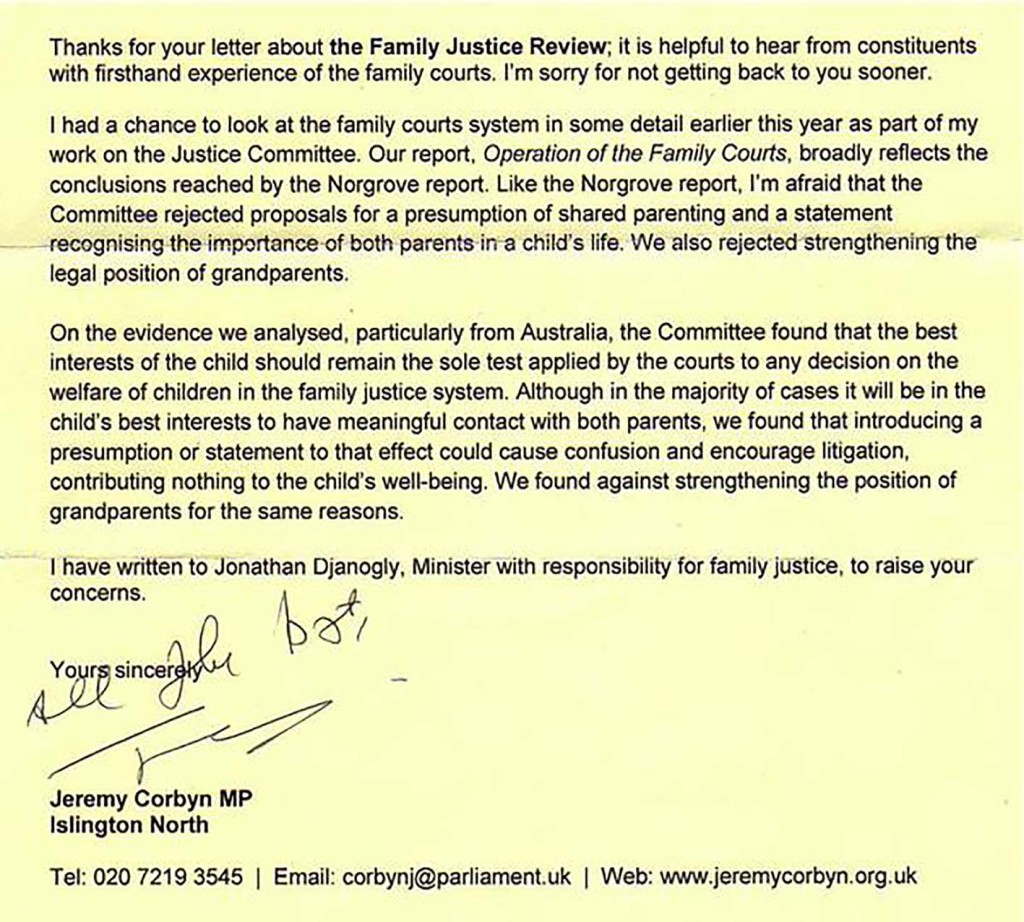