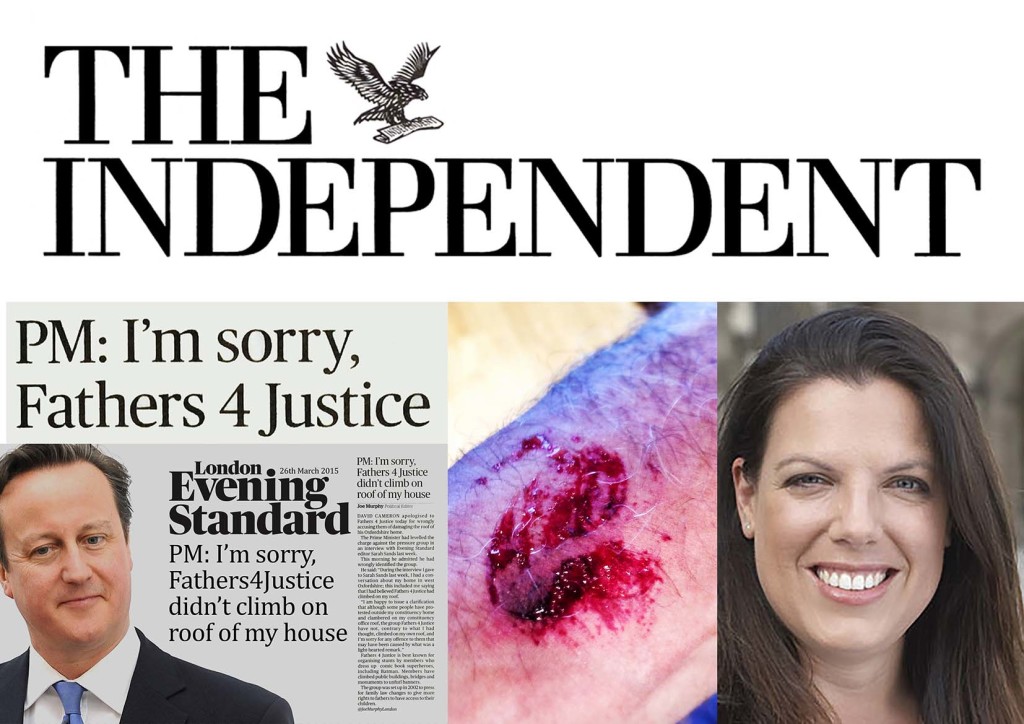 The founder of Fathers4Justice, Matt O’Connor, has agreed a settlement with The Independent newspaper in libel proceedings.

O’Connor had instructed M Law to begin libel proceedings over an article in which Caroline Nokes MP made a series of false and libellous allegations about O’Connor, his wife and Fathers4Justice in the newspaper. The Independent agreed to publish a full response to the allegations and made a significant contribution to legal costs.

Said O’Connor, “This is the third settlement we have reached over false and defamatory allegations about Fathers4Justice and our family.

The first related to allegations made by Dame Elizabeth Butler-Sloss who falsely claimed F4J had issued death threats against her. She subsequently apologised to F4J in a live BBC broadcast in the House of Lords in 2013.

In April 2015, Prime Minister David Cameron falsely claimed Fathers4Justice had scaled the roof of his family home. He subsequently apologised in The Evening Standard, Telegraph and in writing to F4J on receipt of a letter before action.

In the case of The Independent settlement, we secured a right to reply to allegations made by Caroline Nokes MP about Fathers4Justice and my family, along with a significant contribution to legal costs.

These allegations formed part of a campaign by the MP and others linked to the Conservative Party, designed to distract from the revelation that she drove to my home on 20th February 2014 where she was involved in a violent incident.

Not only had her role in this incident and subsequent campaign of harassment of my family been concealed from the public by Hampshire Police, but the MP had repeatedly denied her involvement up until the point we launched civil proceedings.

At this point she sought to discredit us by making a series of false allegations which formed part of a coordinated pre-election smear campaign by the Conservative Party, including the Prime Minister.

We treat false allegations very seriously, and where these are made, we will take appropriate action to deal with them. It is no coincidence that F4J has been subject to repeated smears by politicians and Prime Ministers since our inception in 2001.”

Fathers4Justice said M Law have begun separate libel proceedings against Caroline Nokes MP and are preparing further action against other newspapers and individuals.

Civil proceedings against Caroline Nokes for harassment and aiding and abetting the assault at O’Connor’s home remain ongoing in the civil courts.

Pic: PM apologies to Fathers4Justice / Injury sustained during a violent incident at the home of Fathers4Justice founder Matt O’Connor / Caroline Nokes MP drove to London to collect a man before bringing him to O’Connor’s house where the incident took place / He was arrested at the scene and the MP stopped and interviewed by Hampshire Police / The Conservative Party and Ms Nokes broke their 2010 election promise to F4J to introduce Shared Parenting.