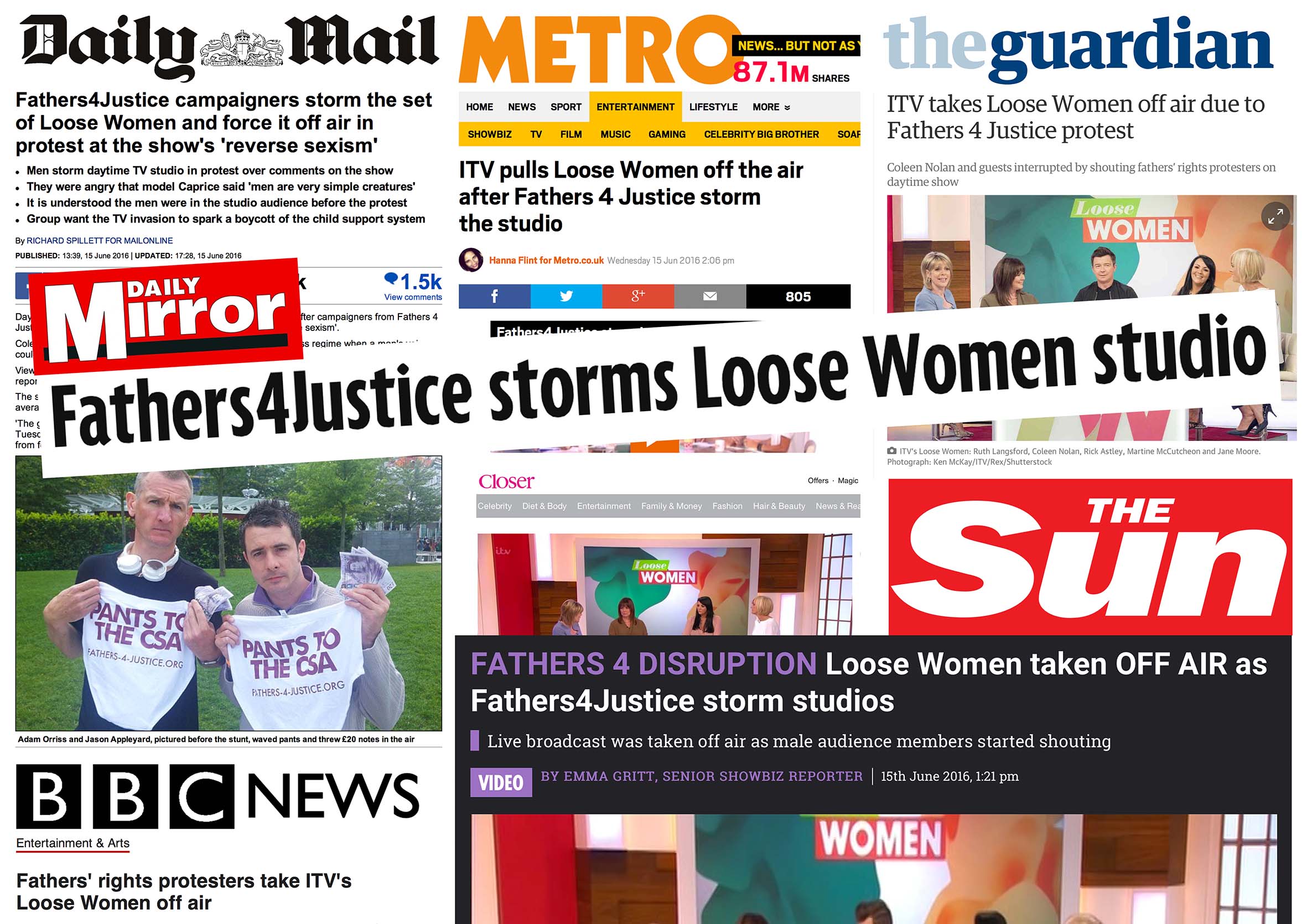 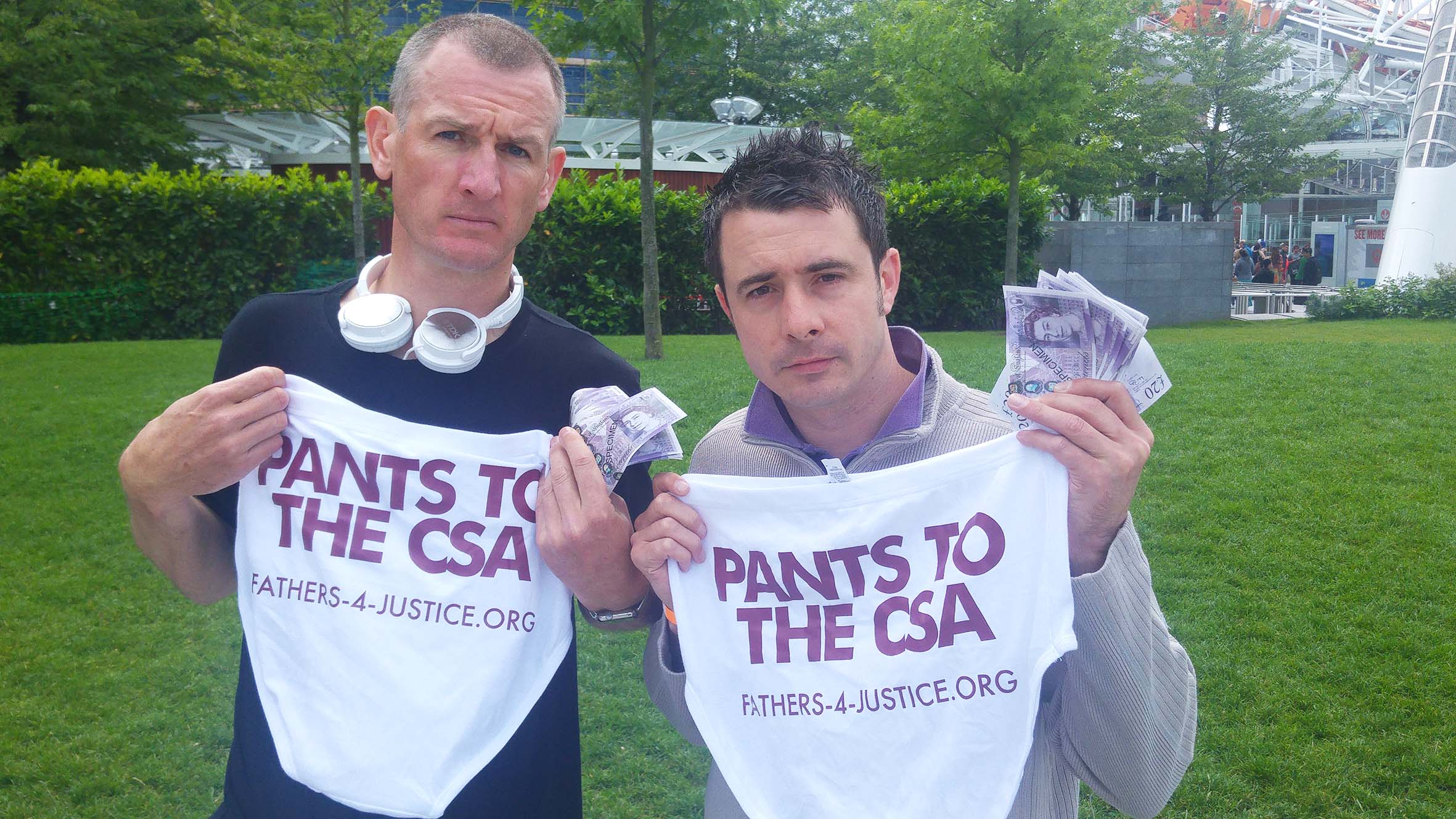 Jason Appleyard, 37, from Edgware in London and Adam Orriss, 43, from Folkestone, waved white y-fronts printed in purple with the words ‘Pants To The CSA’ and threw £20 notes in the air before being dragged away by security.

The group said the protest marked the launch of a boycott of the child support system until fathers are given equal rights.

The group have asked supporters to stop all child maintenance payments, averaging £300 per father per month, for at least one month, which could deprive the CMS of £15 million in June/July alone.

The group have accused Loose Women of repeatedly denigrating men and ‘reverse sexism’. On Tuesday’s show, the model Caprice Bourret said, ‘Men are very simple creatures’, to rolls of laughter from fellow panelists.

The strike, which launches ahead of Father’s Day, this Sunday 19th June 2016, comes after the group asked their supporters whether dads should stop paying child support until they have equal rights. The answer was a resounding yes, with over 75% support for a child support strike. The group say the most strident support came from the partners of dads affected by the system.

Fathers4Justice are now calling on fathers denied access to their children, to withhold child support payments as part of an economic boycott of the Child Maintenance Service (CMS), which they say is cruel and discriminatory, and has reduced dads to the status of cashpoints and sperm banks. 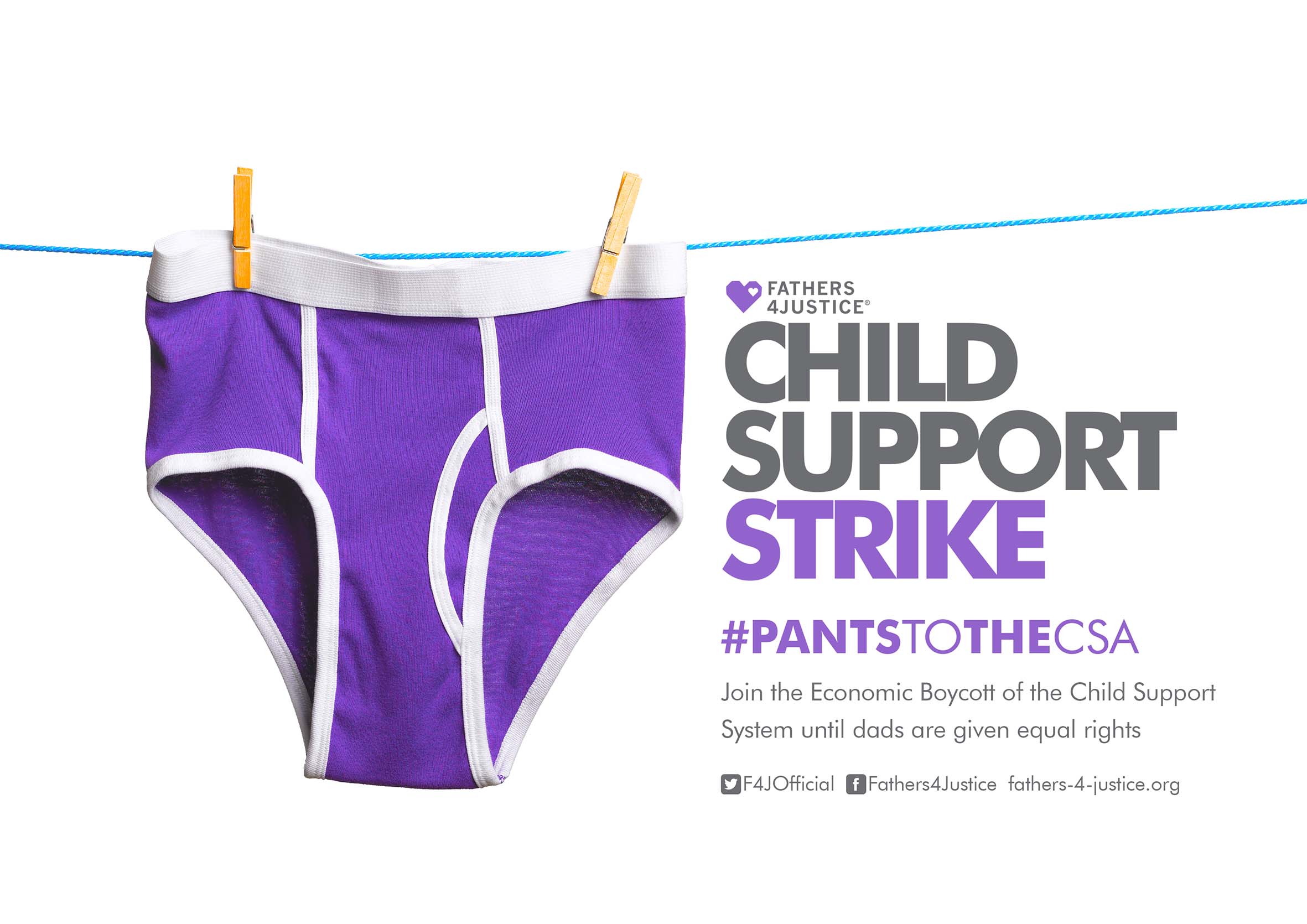 OK Magazine: The moment Loose Women is hijacked and forced off air by a protestor
http://www.ok.co.uk/tv/loose-women/557831/loose-women-forced-off-air-by-fathers-4-justice-protestor

Closer: Loose Women pulled from air after being stormed by #Fathers4Justice http://lifestyle.one/closer/entertainment/soaps/loose-women-fathers-justice-fathers4justice/