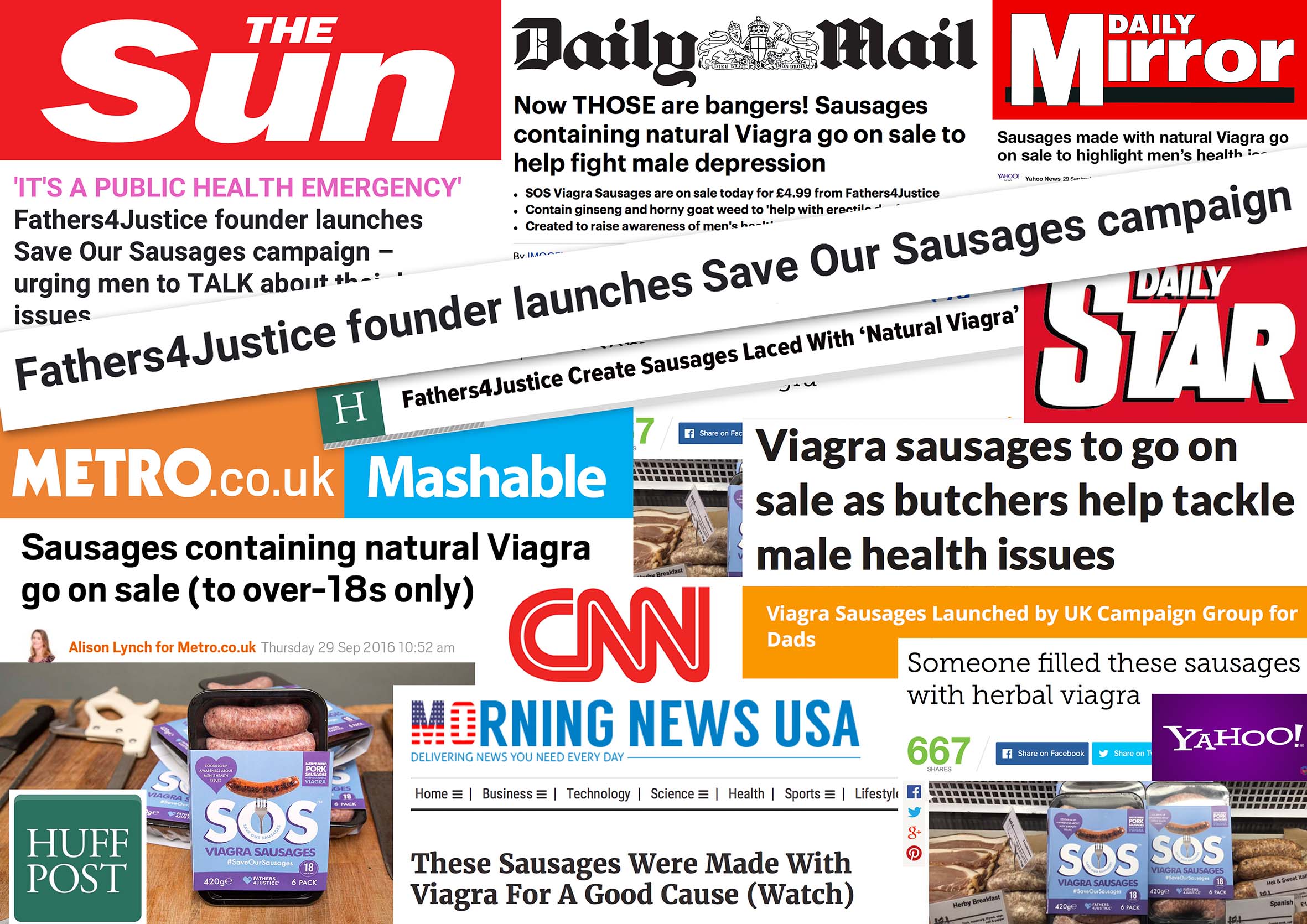 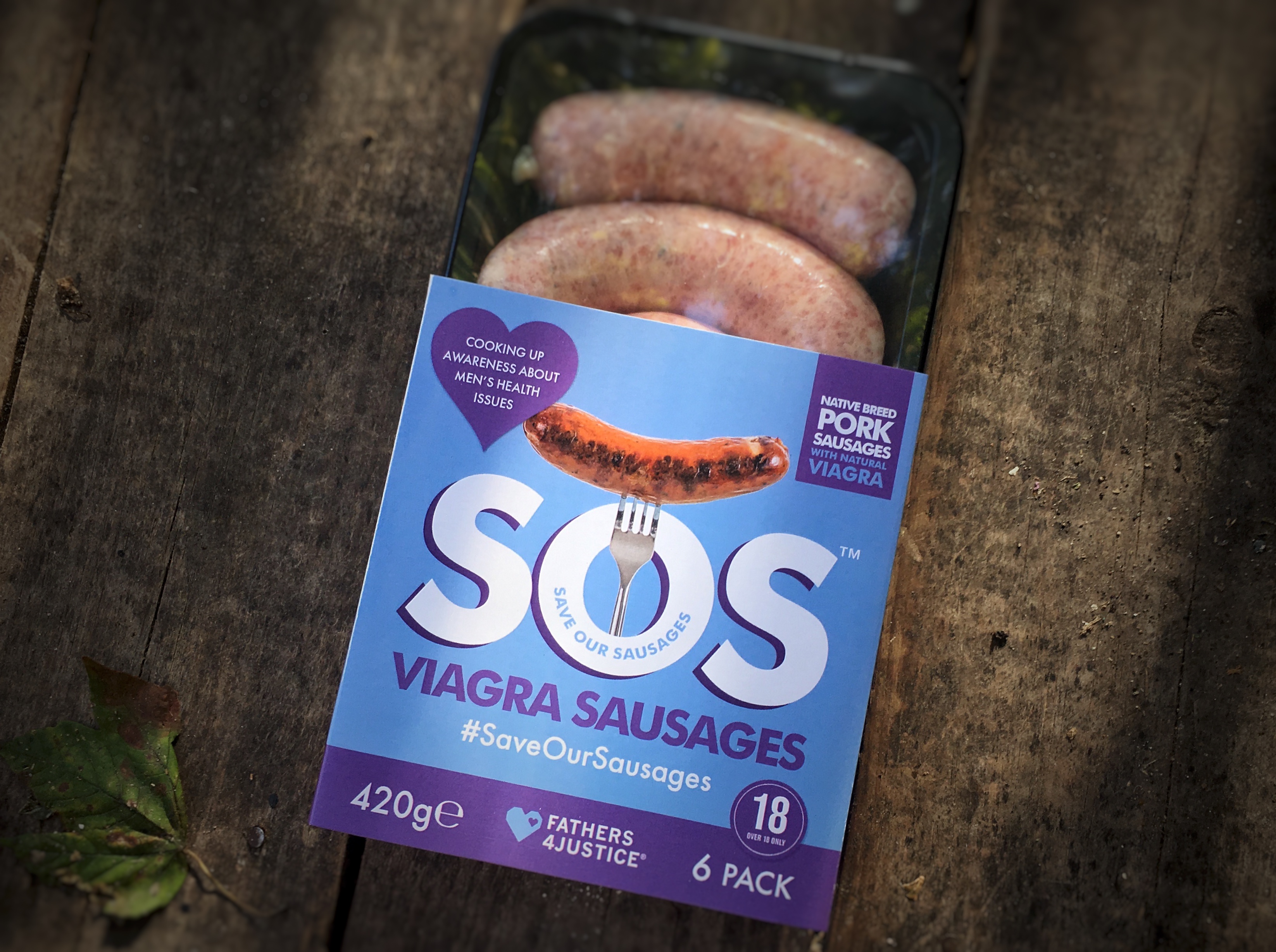 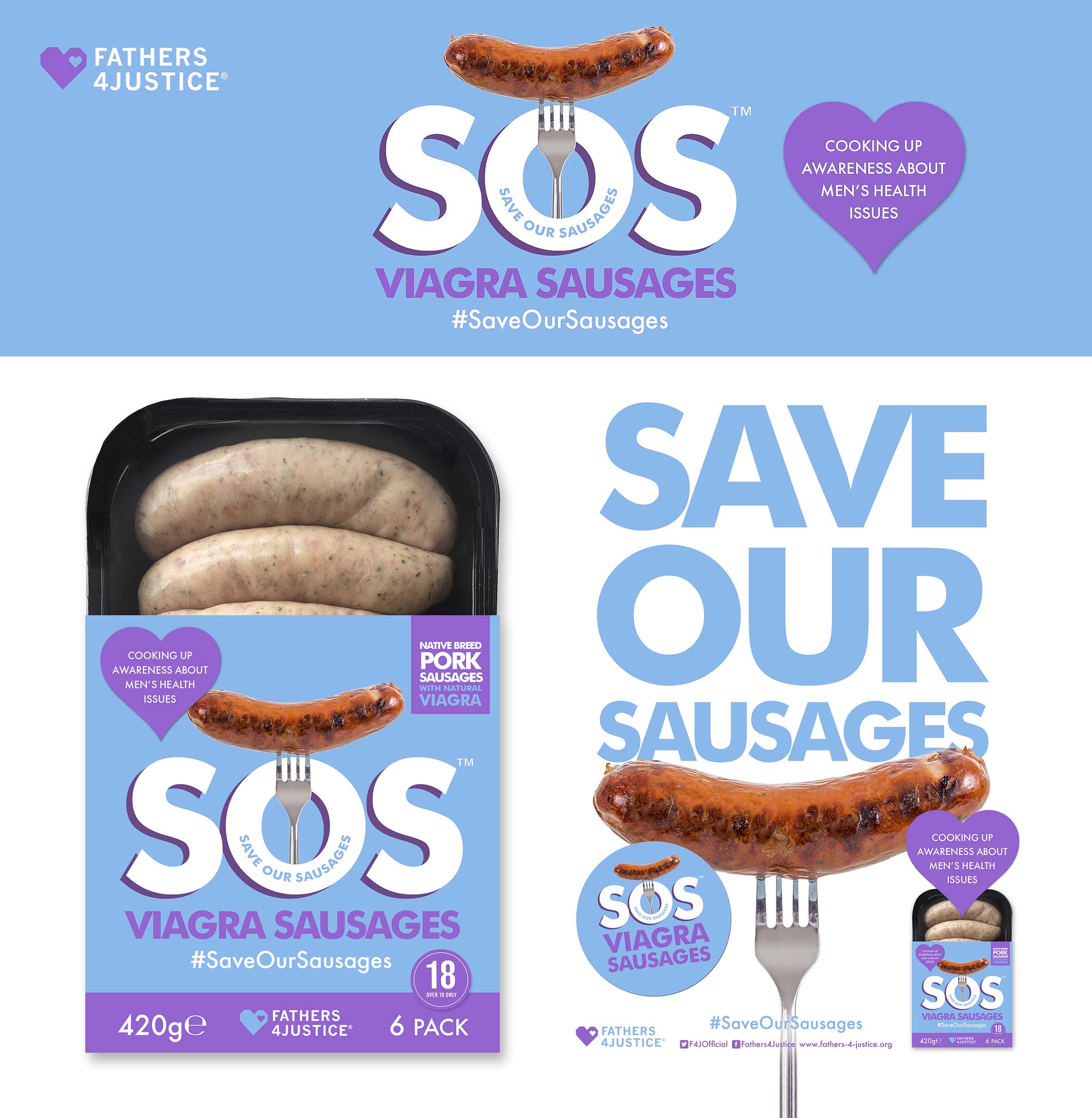 Fathers4Justice founder Matt O’Connor has launched a range of Viagra Sausages as part of a new Save Our Sausages (SOS) campaign aimed at cooking up awareness about what he says is an alarming public health emergency facing men.

Inspired by his own experience with depression and the thousands of cases he has been made aware of through his Fathers4Justice work, the SOS sausages launched at acclaimed British butchers The Butchery, in Forest Hill, London this morning ahead of National Sausage Month in October.

The F4J founder from Clapham, who has previously spoken about his own depression, says the sausages are a humorous way of addressing deadly serious issues like depression, suicide, low testosterone, cancer and violence in men.

Said O’Connor: “As a father of thee boys I am deeply concerned about the public health emergency facing men.”

“Funnily, the new series of Cold Feet has helped hundreds more men and the people they love come forward and talk to us about it and in more ways than one, Pete Gifford’s struggle in the plot chimed with my own experiences. It made me think now is the time to do something about it, and to do something with humour, to help more people open up and talk. That is the vital first step that helped me.”

“I hope our sausages will give people food for thought and help men break the wall of silence around these issues.”

F4J is calling for the government to appoint a Minister for Men to co-ordinate a government response to the crisis. 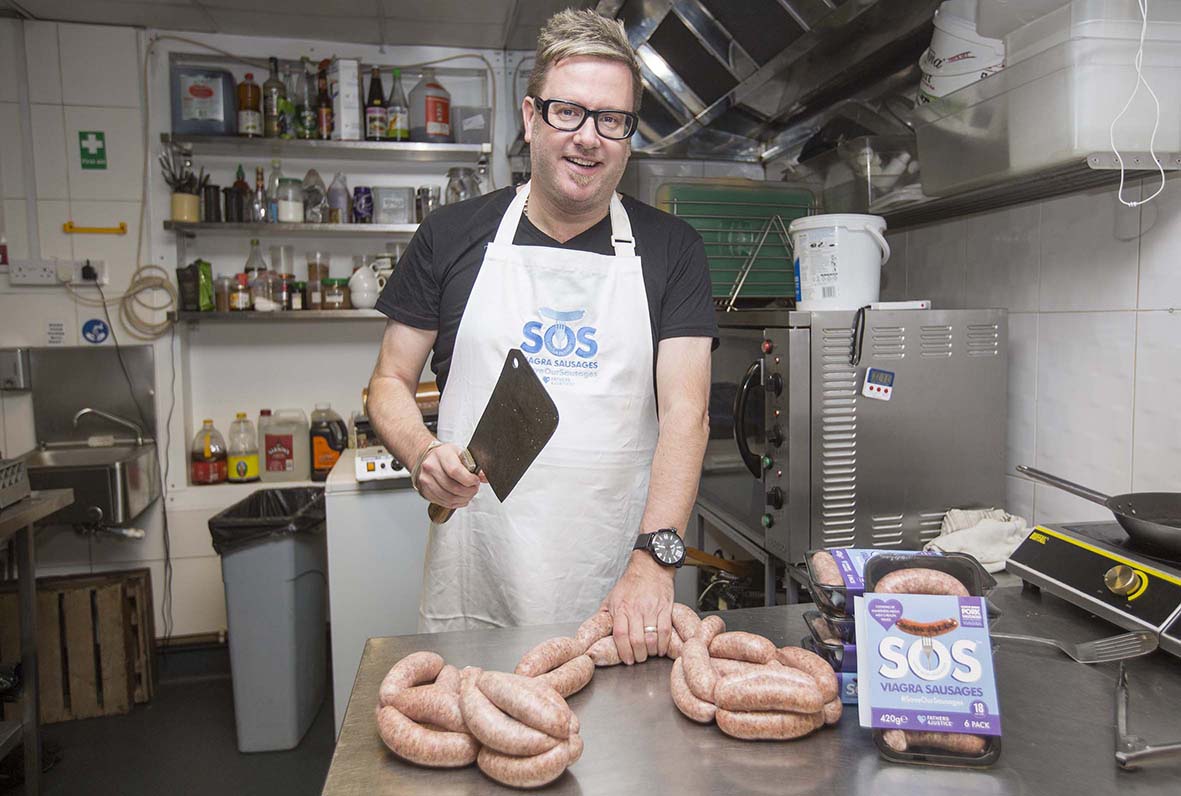 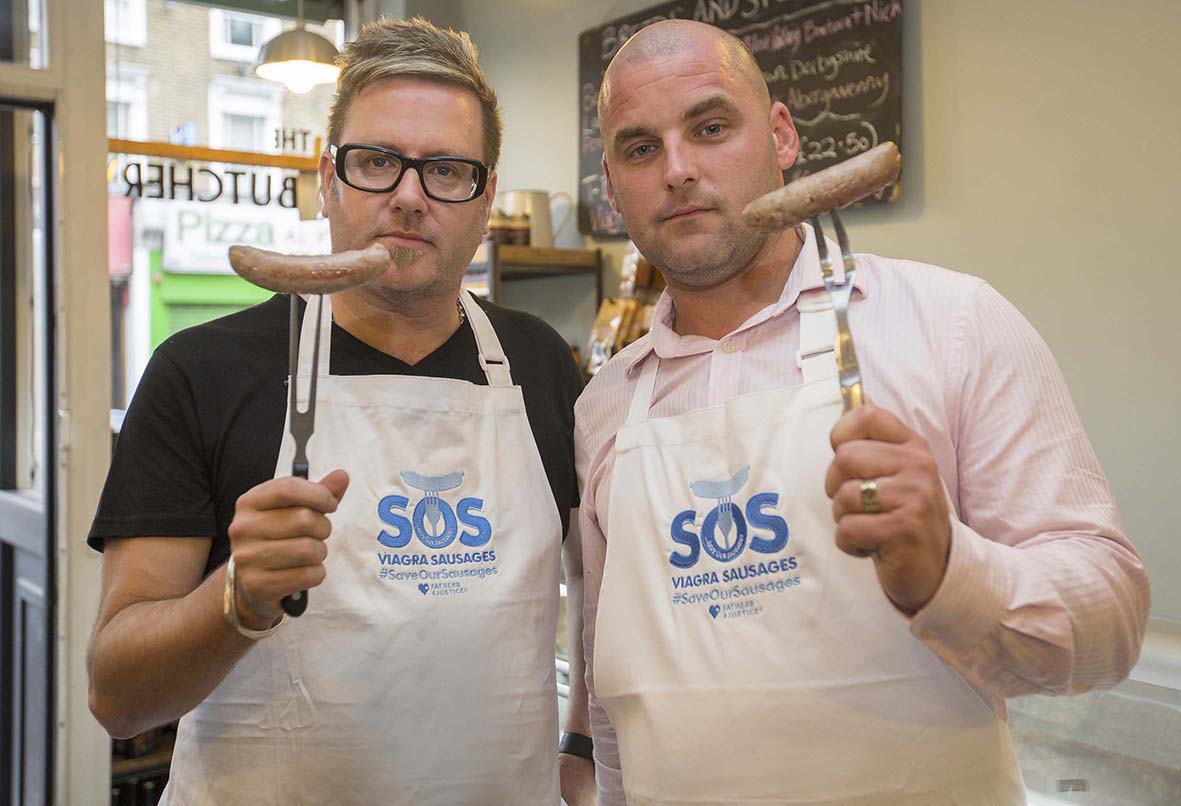 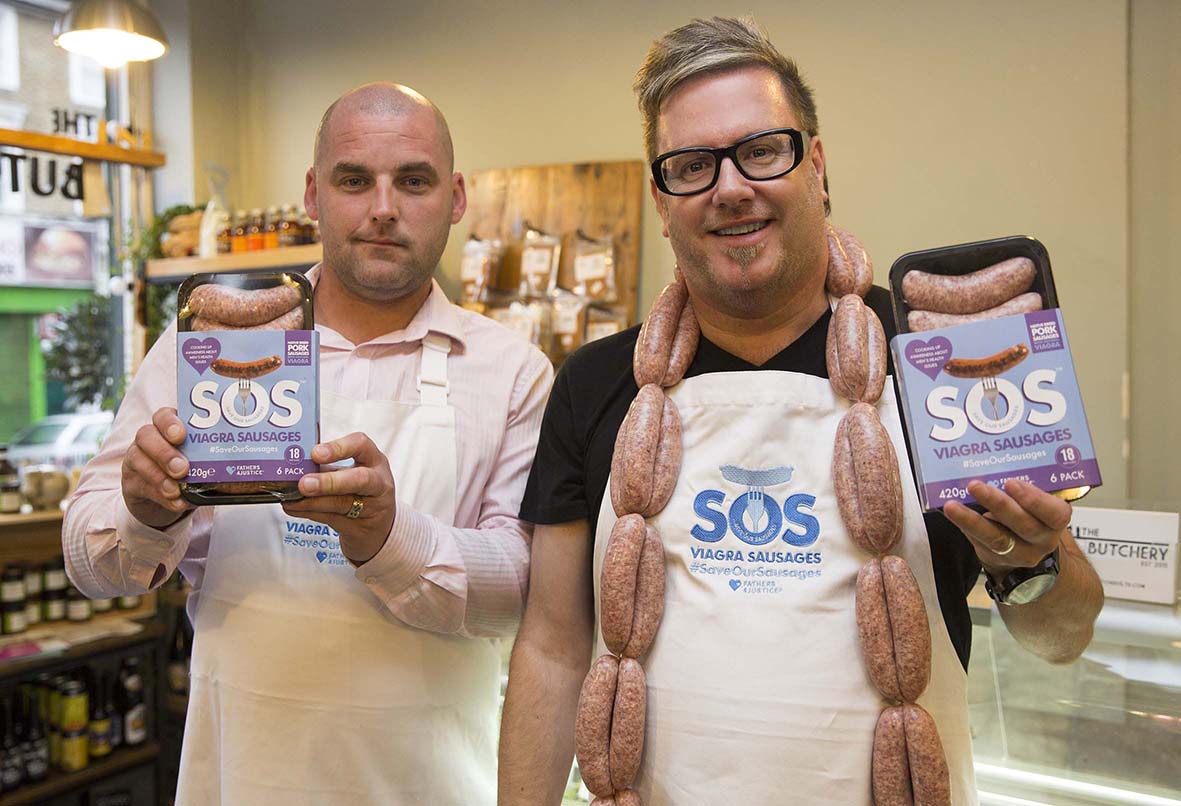 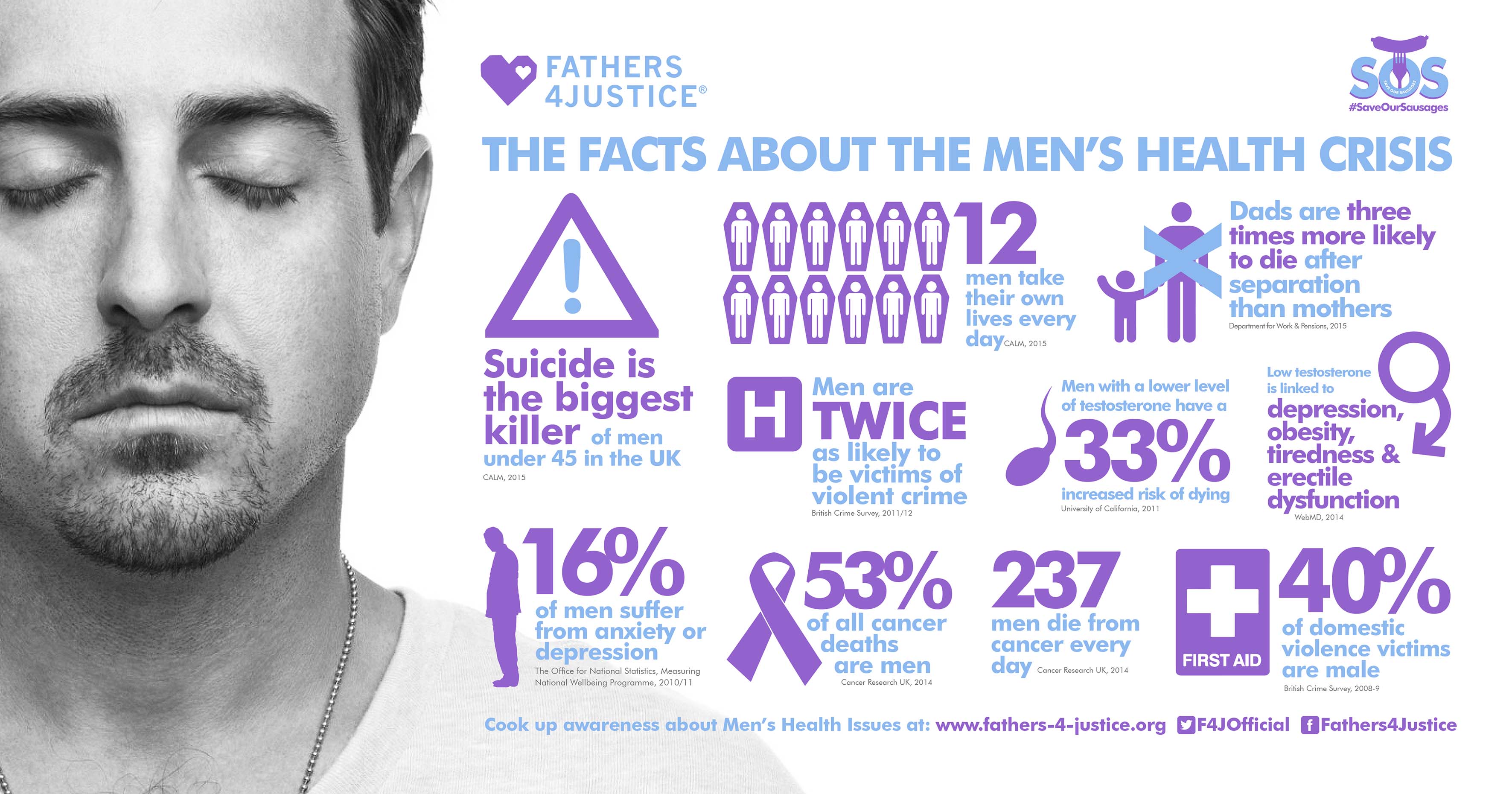 THE FACTS ABOUT THE MEN’S HEALTH CRISIS

The Sun: ‘IT’S A PUBLIC HEALTH EMERGENCY’ Fathers4Justice founder launches Save Our Sausages campaign – urging men to TALK about their health issues https://www.thesun.co.uk/living/1870371/fathers4justice-founder-launches-save-our-sausages-campaign-urging-men-to-talk-about-their-health-issues/

Mashable UK: Someone filled these sausages with herbal viagra
http://mashable.com/2016/09/29/sausage-viagra-mens-health/#3Gmu3iaz0Oq0

Morning News USA: These Sausages Were Made With Viagra For A Good Cause (Watch) #SaveOurSausages #F4J #Fathers4Justice
http://www.morningnewsusa.com/sausages-made-viagra-good-cause-watch-23108987.html

WATCH: Fathers4Justice cook up their Save Our Sausages campaign