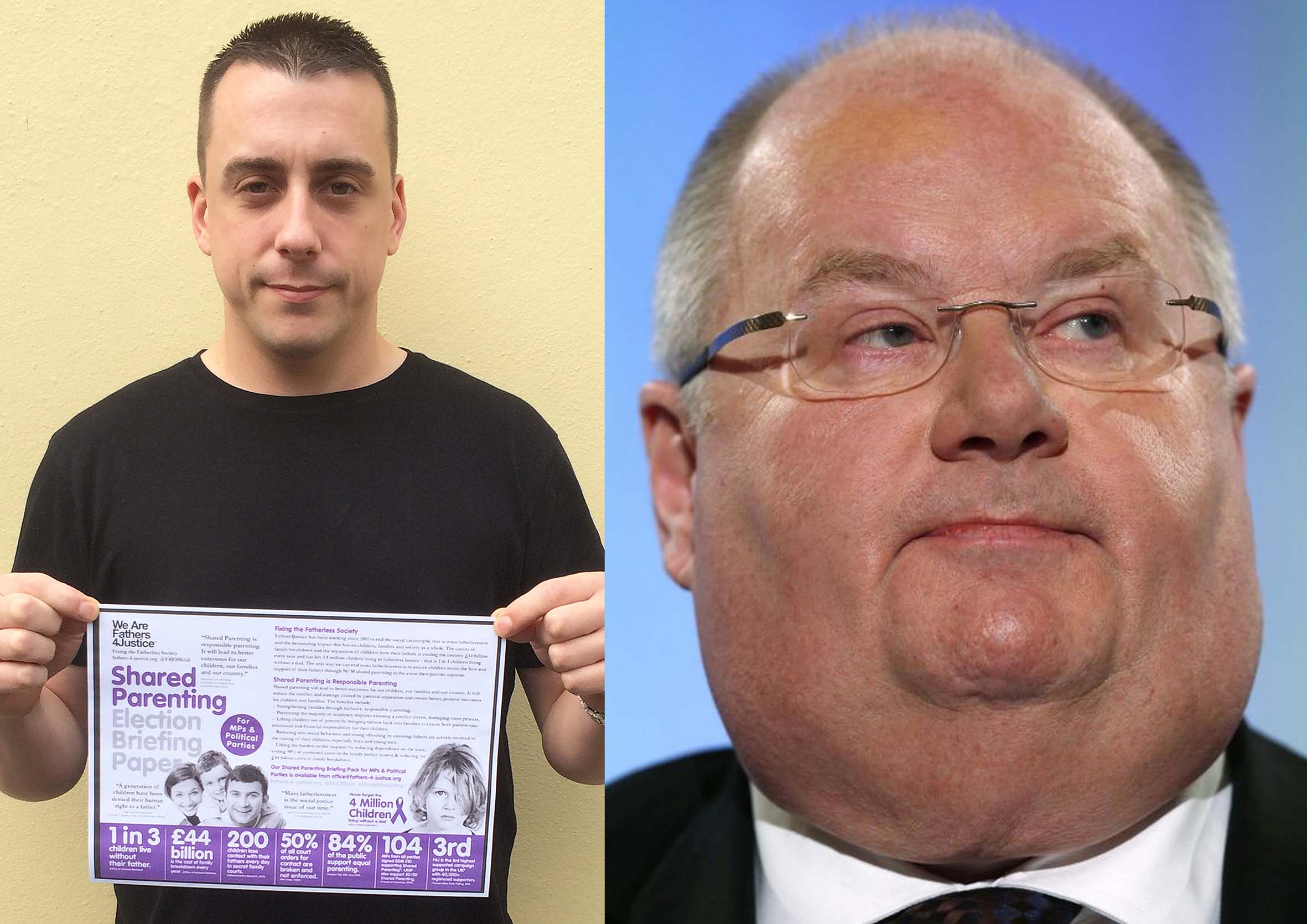 Tory MP Eric Pickles has told a Fathers4Justice supporter he was getting on his nerves and didn’t support equal rights for dads, before branding the campaign group “the most pointless organisation in the entire world”.

Father-of-one, Adam Lowe, from Brentwood went to see his MP to ask him for help to see his young son, but was stunned to be told not to vote for Mr Pickles, before being asked not to make his comments public in case Fathers4Justice climbed his roof.

Said Mr Lowe, “I went to ask Mr Pickles for help with my case. I assumed he’d help me and that he’d support shared parenting as the Prime Minister Theresa May has done on previous occasions in discussions with Fathers4Justice.”

“Instead he was visibly irritated, and refused to support me or equal parenting rights. He then launched into a shocking diatribe about Fathers4Justice, describing them as “the most pointless organisation in the entire world.”

“He ended the meeting by telling me I was getting on his nerves and begged me not to make my comments public in case Fathers4Justice climbed his roof.”

“I was shocked at how unprofessional and rude he was. There is nothing pointless in the plight of millions of children growing up without their dads.

“I thought the Conservative Party backed families, but I was wrong.”

Said F4J founder Matt O’Connor, “On the previous occasions I have met Theresa May she has stated she supports shared parenting, so we are surprised at this outburst from Mr Pickles.”

“Of all the things we have been accused of, pointless isn’t one of them, especially when nearly 4 million children in the UK live in fatherless homes and the cost of the cancer of family breakdown and fatherlessness is £48 billion.”