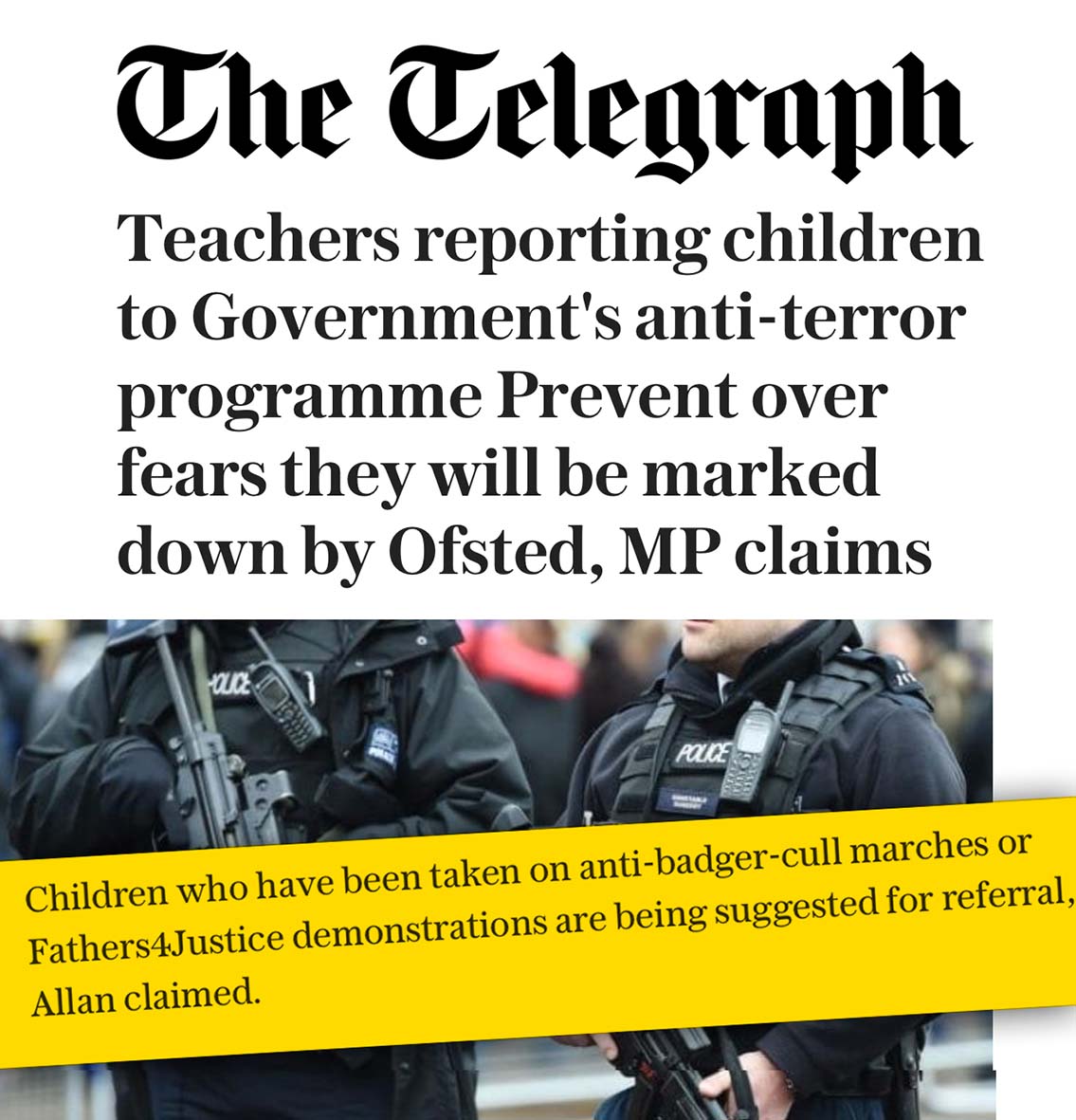 Shared parenting campaign group, Fathers4Justice (F4J), will today be seeking a full disclosure from the government’s anti-terror programme, Prevent, about claims in the media by the MP Lucy Allan that children who attended Fathers4Justice demonstrations have been referred to them by their teachers.

F4J are also seeking clarification about how those referrals were managed, what the outcomes were, and whether Prevent think it appropriate for teachers to report children, who attended peaceful F4J protests, to them. They will also be writing to Home Office Minister Ben Wallace about the matter.

Said F4J Founder Matt O’Connor, “We are deeply concerned that Fathers4justice, a campaign which promotes parental equality, should in anyway be linked to extremism or the radicalisation of children.”

“It is extraordinary that any teacher could believe that children attending a Fathers4Justice demonstration would be radicalised by the concept of parental equality and fatherlessness, which are some of the major social justice issues of our time.”

O’Connor went on to tell The Telegraph and Daily Mail that following Ms Allan’s statements he would be instructing lawyers to get clarification from the Government as to whether the shared parenting group is regarded as an extremist organisation.

He added: “We are deeply concerned that Fathers4justice, a campaign which promotes shared parenting, is in any way connected to extremism or the radicalisation of children.

“The allegations are not only plainly absurd, but it is extraordinary that teachers would refer children to Prevent for attending peaceful demonstrations which promote parental equality. We have instructed our lawyers to launch an immediate investigation to verify the accuracy of the story.” 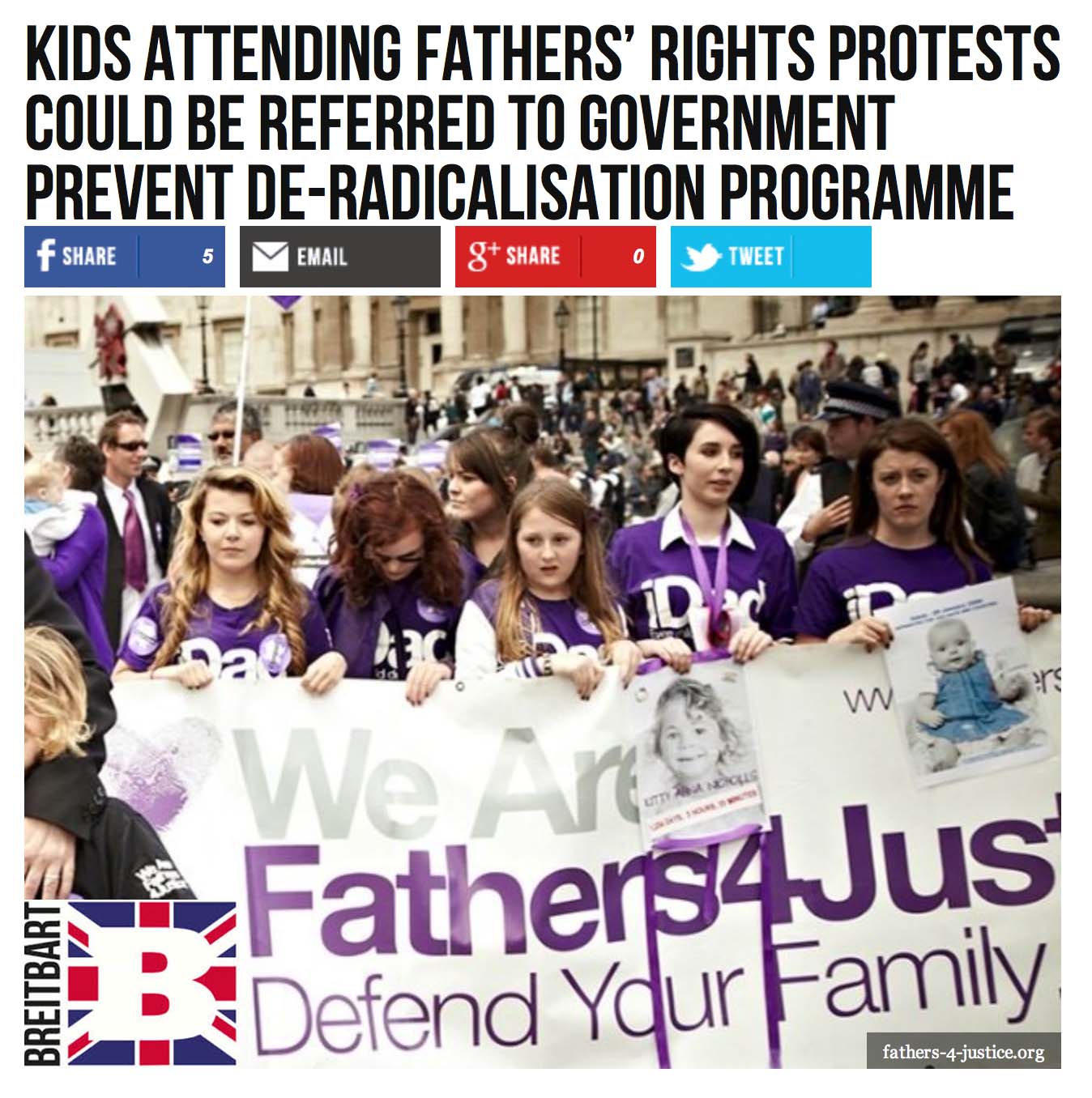 O’Connor told Breitbart London: “A teachers job is to teach, not act as Orwellian thought police.

“We now live in a country where militant feminists are lauded in the mainstream media for protesting at the Women’s March, yet protesting dads campaigning for parental equality are linked to extremism.”

Media Reports on the story: