The Telegraph: Hollywood’s dads must break their omertà over the crisis of fatherlessness by Matt O’Connor 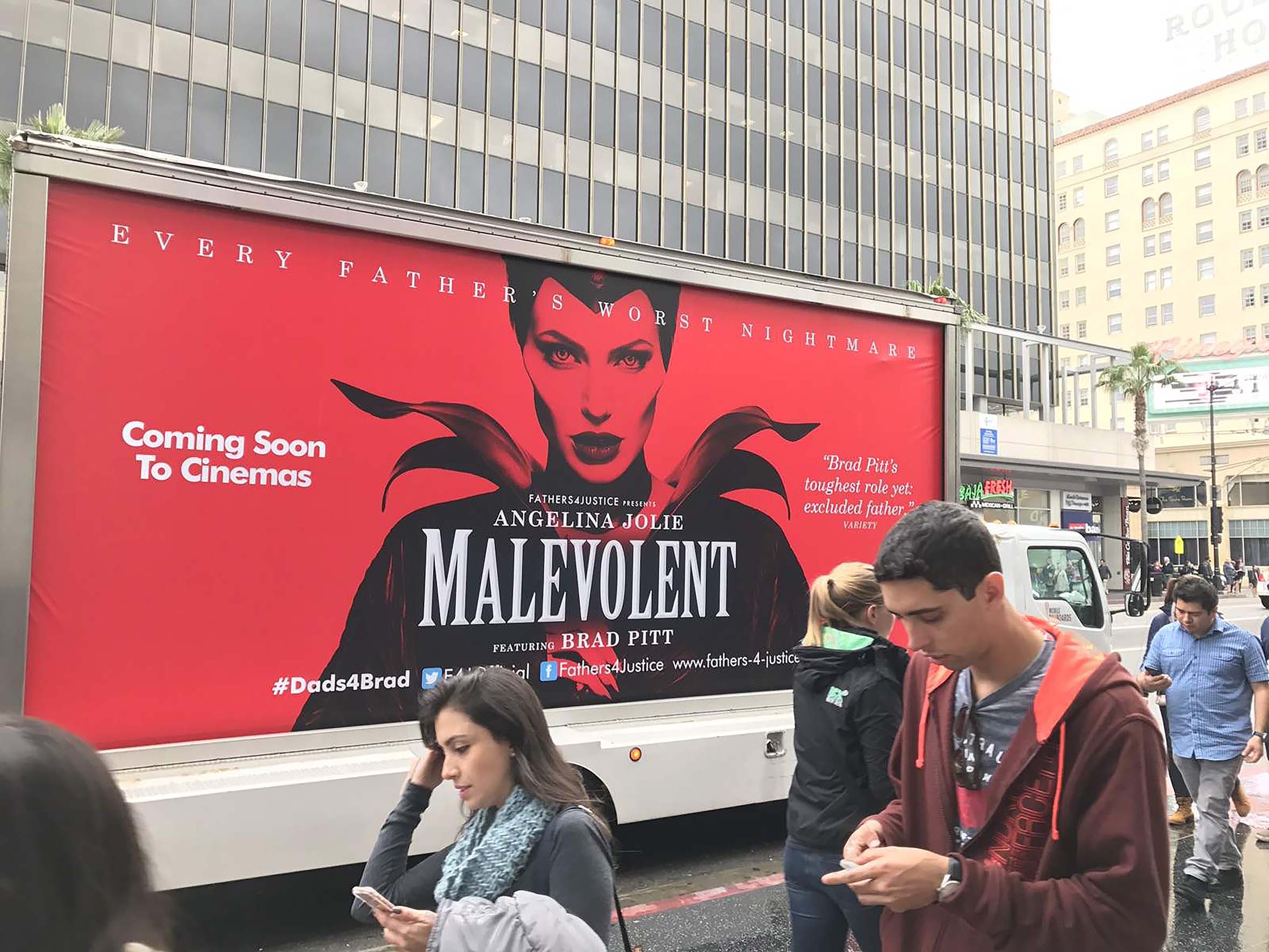 Hollywood, it seems, has a problem with the idea of parental equality.

In recent years, Jeremy Renner, Jason Patric, Guy Ritchie, Mel Gibson and Alec Baldwin have all found themselves embroiled in toxic access disputes. Some of these men have been attacked in the media by their ex-partners, and now receive only limited access to their children.

The topic is back in the public eye at the moment thanks to two widely read stories. First and perhaps most prominent, there’s the ongoing divorce dispute between Brad Pitt and Angelina Jolie.

Mr Pitt’s fitness to be a father has been subjected to a slew of lurid claims, many apparently emanating from Ms Jolie’s camp and aired in the media: we’ve been told he smokes too much marijuana, drinks too much alcohol, and has anger management problems. The three-time Oscar nominee currently has limited, supervised access to his children. It is believed he is fighting for joint custody.

Today, there’s speculation around the parenting of singer Robin Thicke, whose ex-wife Paula Patton has apparently been seeking to reduce his visitation rights.

And then, last week, January Jones told Red Magazine that she has “no regrets” about choosing to raise her son without a father. “It’s good to have strong women around a man to teach him to respect women,” said the Mad Men actress. “He doesn’t have a male person saying ‘don’t cry’ or ‘you throw like a girl’. All those s–tty things that dads accidentally do.”

Ms Jones is apparently unaware that Article 7.1 of the United Nations Convention of the Rights Of A Child enshrines a child’s right to know and be cared for by its parents. But more concerning still is the lack of appreciation in her words for the good a father does in a child’s life. Numerous studies show that children who spend time with their biological fathers fare better in life.

The comments also beg the question: how would Ms Jones feel if her son grew up to be an excluded father? The cancer of fatherlessness does not discriminate when selecting its next victim.

At Fathers4Justice we have helped many celebrity dads over the years. Their experience mirrors that of ordinary fathers battling through the courts, often dealing with malicious allegations that are cynically deployed to secure legal aid and restrict a father’s access to his children.

But it’s the neutered response of these Hollywood dads that is contributing to the crisis in fatherhood. We have often seen mums actively use the media as a platform to denigrate fathers – an accusation now levied at Ms Jolie – yet the emasculated response of dads has been to adopt an ‘omertà’, a vow of silence. It is their mistaken belief that by doing so, they not only aid their case, but also avoid the shame of not being able to see their children.

Their stance is contributing to the stigma and wall of silence surrounding fatherlessness. Just imagine if January Jones had been a man, saying those horribly stereotyped words about mothers: “He doesn’t have a female person saying ‘tell me how you feel’ or ‘clean that up’. All those s–tty things that mums accidentally do.” The aftershocks of outrage would be felt in space.

Socially, we also have to realise that the message we are currently sending to the young boys caught up in painful custody battles is hugely damaging: if you become a father, you will be part a second tier parent. Parental inequality damages everyone. It doesn’t have to be like this.

Shared parenting is responsible parenting, which leads to better outcomes for children and families. Many US states including Florida, Utah, Maine, Nebraska and Colorado have now adopted mandatory shared parenting in divorce cases. And not all Hollywood cases are acrimonious: Gwyneth Paltrow and Chris Martin’s ‘conscious uncoupling’ was widely mocked, but demonstrated that their focus was on supporting and loving their children, not on waging a public war against each other.

The Fathers4Justice ‘Oscars’ campaign, which started this week in Hollywood, will put the spotlight on the role of Hollywood mothers as powerful role models for other women, by discussing the difference between ‘sharing mummies’ and ‘crummy mummies’. Whilst we have a responsibility to highlight those parents who deny their children their human right to a father, we must also celebrate those who embrace parental equality.

Hollywood is full of damaged children. Isn’t it time our role models acted responsibly and gave their children the best of both their parents, not the worst?

That would be a Hollywood ending.