The Journal: ‘It’s about parental equality’: Citizens’ Assembly will not hear from fathers’ group 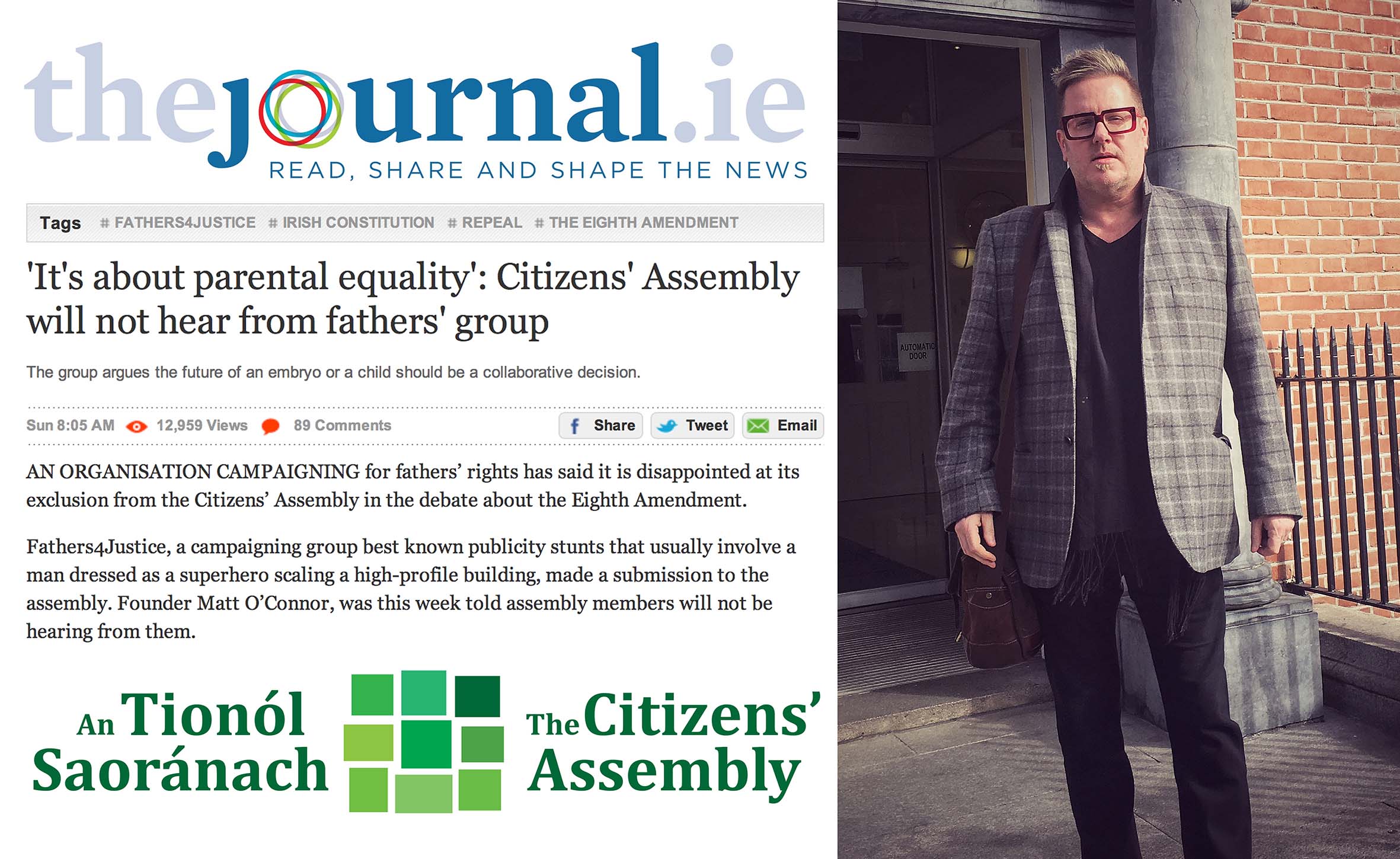 AN ORGANISATION CAMPAIGNING for fathers’ rights has said it is disappointed at its exclusion from the Citizens’ Assembly in the debate about the Eighth Amendment.

Fathers4Justice, a campaigning group best known publicity stunts that usually involve a man dressed as a superhero scaling a high-profile building, made a submission to the assembly.

Founder Matt O’Connor, was this week told assembly members will not be hearing from them or other advocates making representations on behalf of men and fathers, thus excluding their views entirely from the process.

Readers may remember O’Connor’s unexpected appearance on stage at the Rose of Tralee last year, dressed as a priest. Speaking to TheJournal.ie this week, he said his organisation is not taking a stance on whether the Eighth Amendment should be repealed, rather they are calling for fathers’ voices to be heard in the debate.

“We’re asking: Should mothers and fathers have an equal say about whether they want to become parents?” he said.

“There is a legitimate question there to be asked.”

In its submission to the assembly, the group points out the “biological fact that it takes a man and a woman to create a child and that men will have a vote in this referendum”.

The group argues that the future of an embryo or a child should be a “collaborative decision” and that research shows this is already the case in most situations.

“Should the Eighth Amendment be amended to include or acknowledge the rights of fathers in this process?”

O’Connor asked. Should the Irish Constitution be changed to acknowledge fathers?” It’s about parental equality and should you have a say or not.

O’Connor was reluctant to suggest new wording that would include fathers as he said he recognised this was a “complex issue”.

“We’re not saying we have the answers to this, we just want the questions to be asked.”

“Men have feelings and views on this and they care and they love their children and their partners. They can be upset depending on the circumstances and what happens and I think we just need to think about it,” he added.