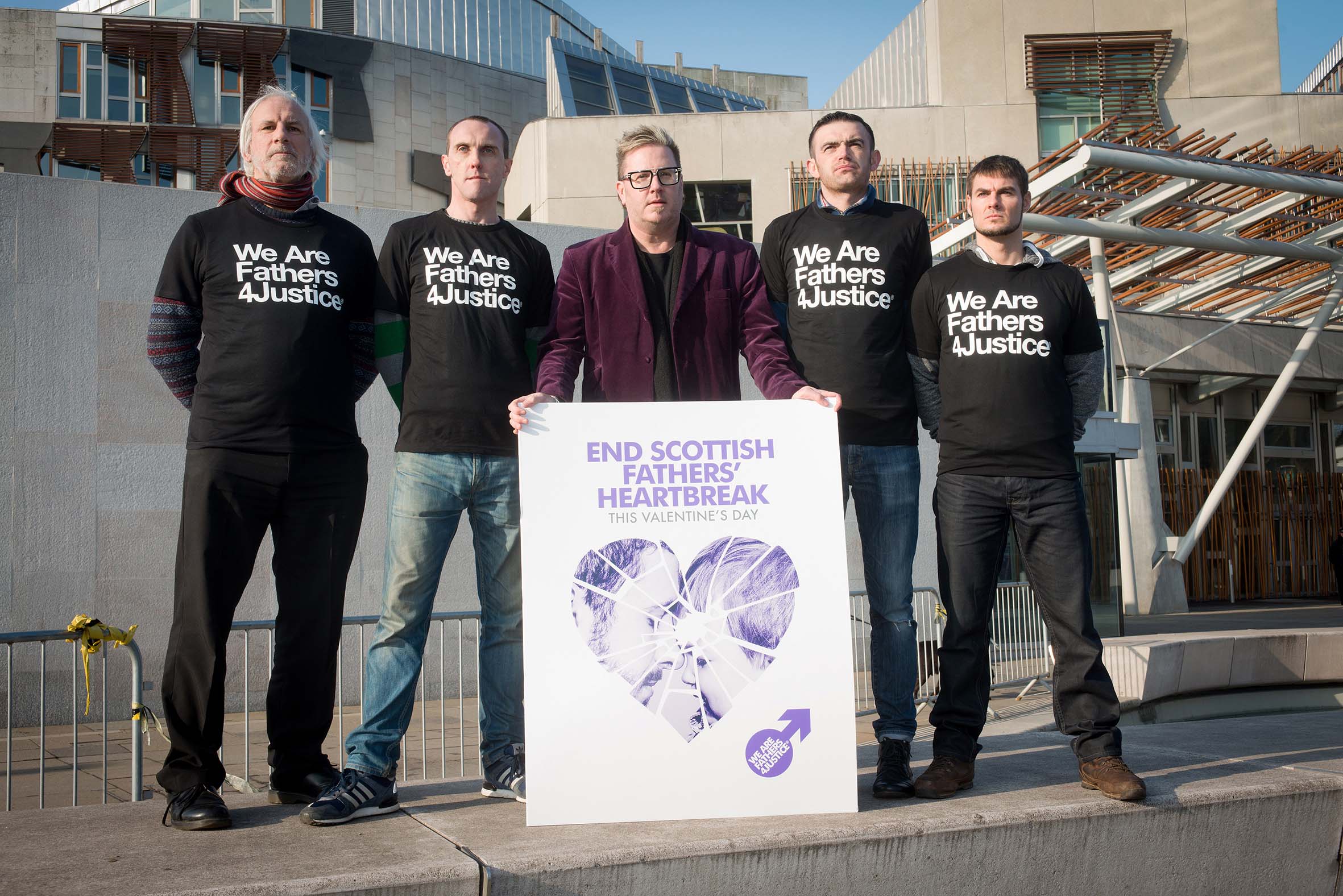 The Scottish government has today responded to a question tabled at the Scottish Parliament by MSP Liam McArthur regarding the Fathers4Justice ‘Forgotten Fathers’ campaign launch:

Liam McArthur, Orkney Islands, Scottish Liberal Democrats: To ask the Scottish Government what its response is to the Fathers4Justice campaign, Forgotten Fathers.

Any suicide is a tragedy and we express sincere condolences to the families of any person who has died by suicide. Nearly three-quarters of suicides in Scotland are by men. (Organisation for Economic Co-operation and Development) OECD reports that death rates from suicide are much higher for men than for women across the EU.

On family law, the Scottish Government intends to review the Children (Scotland) Act 1995 to ensure the interests of children and their need to form and maintain relationships with key adults in their lives – parents, step-parents, grandparents and other family members – are at the heart of any new statutory measures. The Scottish Government also intends to publish a Family Justice Modernisation Strategy on improving how family cases are dealt with in the courts and on how the voice of the child is best heard.

Said F4J founder Matt O’Connor, ‘Whilst we welcome the answer from the Scottish Government, we need to understand what they are doing to help separated dads, what they spend on men’s services and whether or not they are going to introduce parental equality for Scottish dads.”

“I will be meeting MSPs next month to continue our lobbying efforts to ensure we have parental equality in Scotland.”