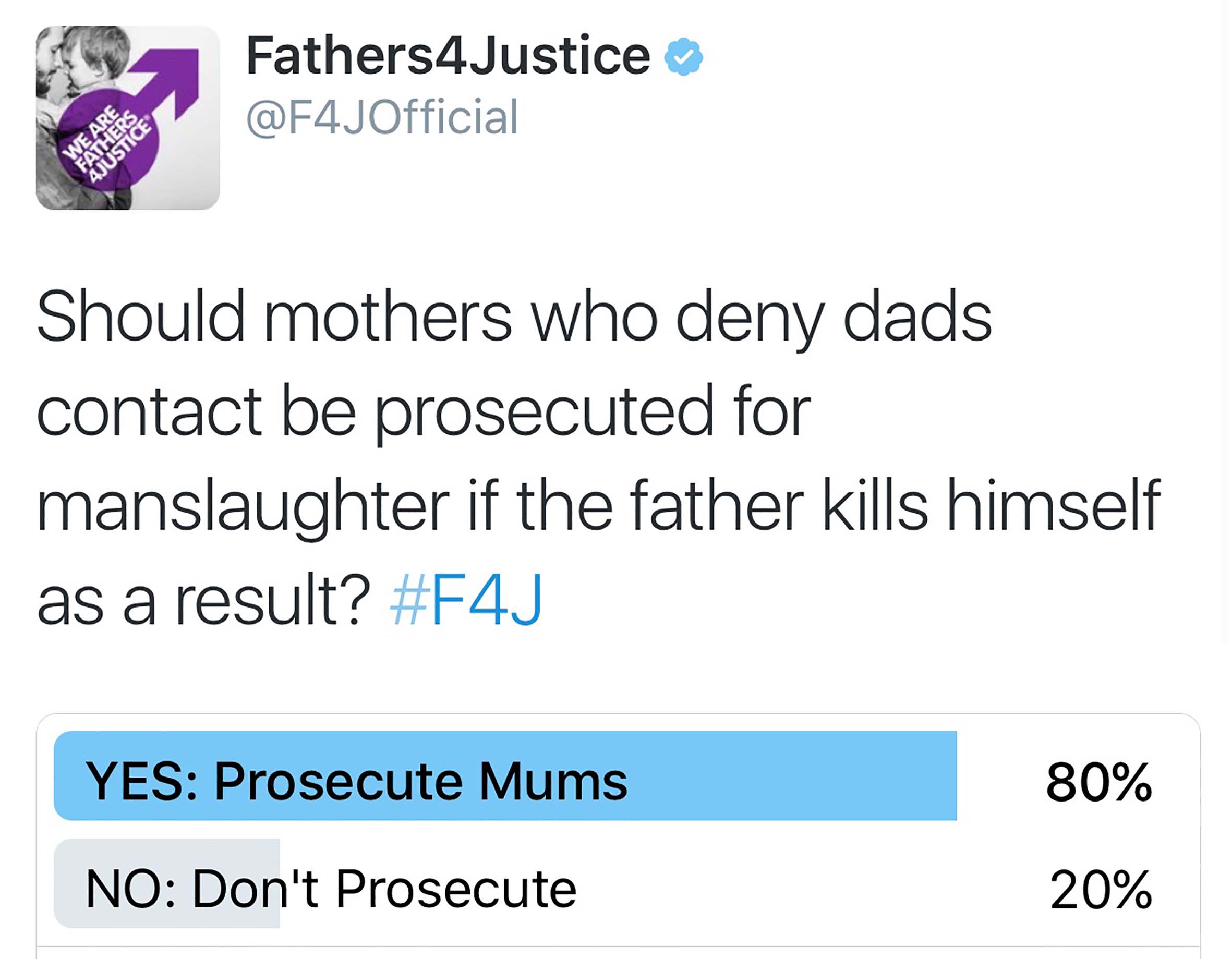 An online poll by Fathers4Justice has found that 80% of people think mums who deny dads contact should be prosecuted for manslaughter if the father kills himself as a result.

The news comes after a man was prosecuted for the manslaughter of his girlfriend who committed suicide.

F4J say the new law regarding “coercive and controlling” behaviour is not being applied equally between men and women, and should apply to women who restrict and control parenting time between children and their fathers.

By contrast, in the United States, a women who encouraged her boyfriend’s suicide was sentenced to 15 months in jail.

Fathers4Justice say they deal with between 2/4 suicides a month and that 12 men every day take their own lives in the UK, many of them fathers who have been separated from their children by vengeful mothers.

Said F4J founder, Matt O’Connor, “Contact denial should constitute coercive and controlling behaviour which not only causes children emotional harm, but also causes alarm, harassment and distress to separated dads who are desperate to see their kids.”

“Not only should court orders be strictly enforced, but parents who break them should face jail. In 2016, 20,000 parents were taken to court after letting their children skip school, of which 33 parents, mostly mothers, were jailed.”

“By comparison, there is virtually zero enforcement of Child Arrangement Orders. Just 1.2% of enforcement applications are successful and no mothers were fined or imprisoned as a result.”

“If contact denial is used to cause fathers pain and distress, then it is a fact that many fathers will be at risk of depression and suicide. Those responsible should be held to account. Failing to take action simply feeds the cycle of contact denial and despair.