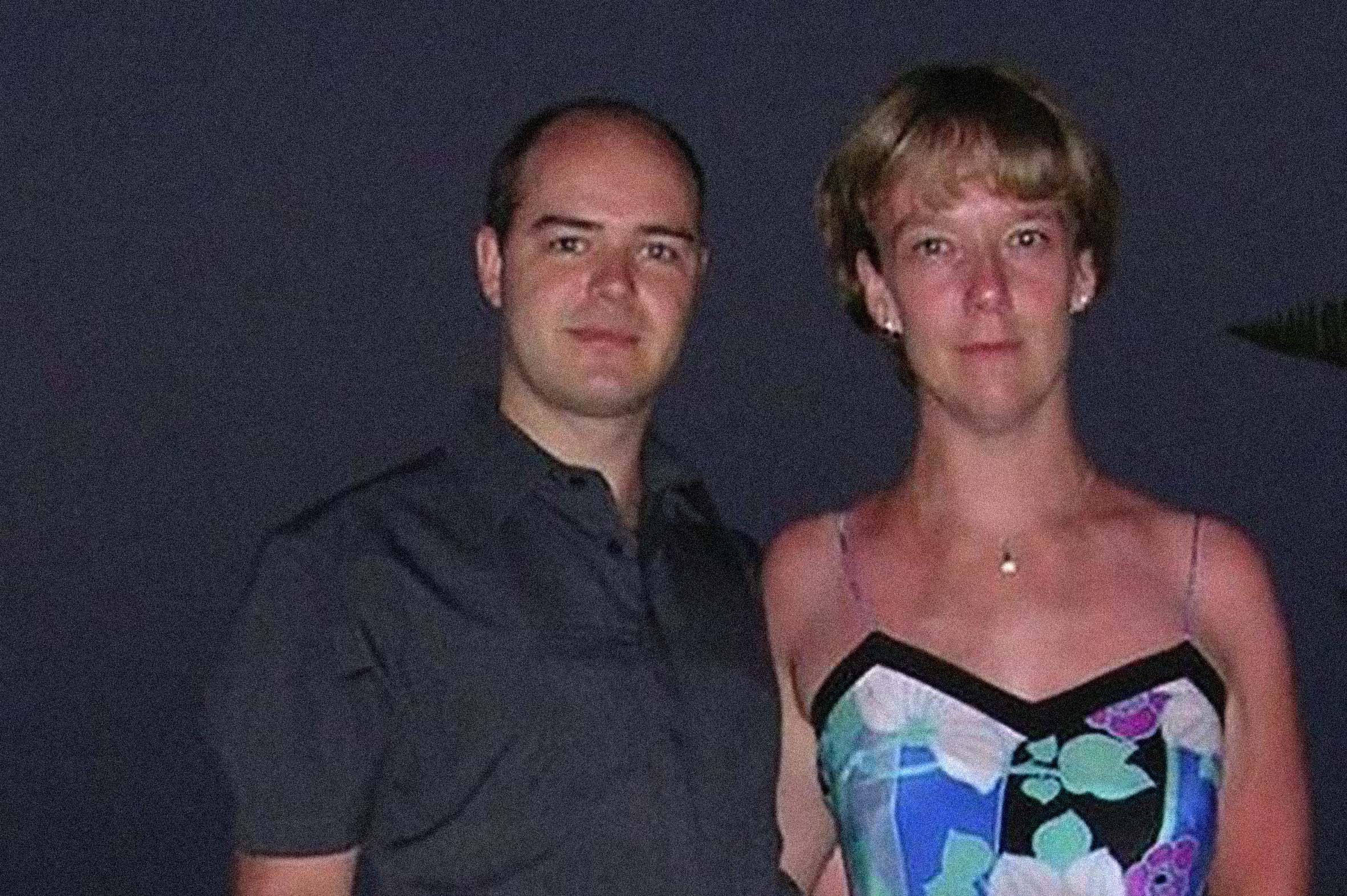 An abused dad set up a spy camera in his own home to film his drunken wife beating him up because he feared police would never believe he was a battered husband.

Neil Tweedy, 45, had secretly endured over a decade of physical abuse at the hands of his school teacher spouse Helen.

The assaults included one on their own wedding night when she smothered him with a duvet and forced him to sleep on the sofa.

But for years Neil believed his hard drinking wife, also 45, would change.

He would temporarily leave her but then return to their suburban family home in Stretford, Greater Manchester and did not bring his ordeal to the attention of the authorities.

Neil eventually took action after the couple had a child and she continued with her abusive behaviour.

He installed a hidden camera at the couple’s £200,000 home and over two months the device filmed Tweedy slapping her husband around the head and swearing at him – once in front of their daughter, now four.

Police were called in after Neil captured three different assaults and feared his wife’s violent conduct would escalate.

Despite Tweedy being given a 12 month restraining order by magistrates, Neil has stuck up for his wife, describing her as a “fantastic and brilliant teacher”.

At Manchester magistrates court, Tweedy admitted three charges of common assault by beating and was issued with a restraining order banning her from contacting her husband.

Prosecuting, Robin Lynch said: “The complainant is the defendant’s husband, they met in 2001 and within a couple of weeks moved into their current home address.

“The first three years were described by the complainant as ‘amazing’ but the defendant began to drink in private and there sometimes there was some controlling behavior.

“The defendant took over her husband’s finances and told him that he had to hand over all of this wages to pay the bills.

“In 2005 on a family holiday they were with the defendant’s parents and she shoved and pushed him and slapped him in the face. The complainant said from then on it became a regular thing.”

He added there were times when the couple were “happy”.

“There were many happy times but it was not unusual at all for this to happen,” he said.

“Despite this, they married in 2008 but that night he was and assaulted and kicked and punched to the head and body.

“She placed a duvet over his head for the assault to continue and he slept on the sofa.

“They did go on their honeymoon and that was described by the complainant as a good time together but the verbal and physical abuse continued and on occasions he left but would always come back thinking that she would change.

“Four years ago, their daughter was born. The defendant stopped drinking throughout pregnancy but continued drinking again after the baby was born.

”A couple of months prior to these offences the complainant installed a camera to record her behaviour because he didn’t think anyone would believe his story.

“On the June 2 the defendant was verbally abusive, shouting and swearing and slapped him round the head.

“On the July 21 she was sat on the sofa with the child and started physically abusing him. On the July 31 the child was asleep upstairs and the defendant was again abusive.

“The complainant was worried that this would escalate further and that is why he reported the matter to the police.

“She was arrested and answered no comment during a police interview. She is a woman of previous good character with no previous convictions.”

The couple met 16 years ago and appeared to family and friends to be a happy.

Facebook pictures showed them holidaying in Amsterdam and the Greek island of Zakynthos.

She posted a message in a response a comment about a photo of Neil in the Dutch capital saying: ”Fab holiday and will hopefully go back this year…..and yes he does look good!”

He added: “Really, all of these problems come from a long-term drinking problem which has lead to significant mental health issues.

“If you are minded not impose an immediate custodial sentence she can work alongside the probation service. It would not be necessary to send this defendant to prison today.”

Tweedy was given a 12-month community order with 120 hours’ unpaid work and a restraining order for 12 months.

Later Neil answered the door to the couple’s house and said: “Helen is a fantastic and brilliant teacher and gets to work for 7.30am and doesn’t leave till 7.30pm. She’s just so hard working.

“I don’t support the restraining order as it will make access between her and our child difficult.

“We can’t be amicable because of the restraining order but if there wasn’t one in place then I’m sure we would be.

“The problem was just alcohol, she was admitted to hospital twice in the past year and could have died. Something had to change.

“It’s not the kind of problem where she wakes up needing alcohol it’s just the binge drinking at weekends that’s caused this.

“Hopefully now she can get the hope she needs.”

Said Fathers4Justice founder Matt O’Connor, “More than 40 per cent of victims of domestic violence are male and there has been an 80 per cent increase in reports from male domestic abuse victims between 2012 and 2016.”

“We advise men to always record any incidents where they are abused, not least as insurance against any false allegations which may be made about them.”