Family courts in meltdown as judges are brought out of retirement 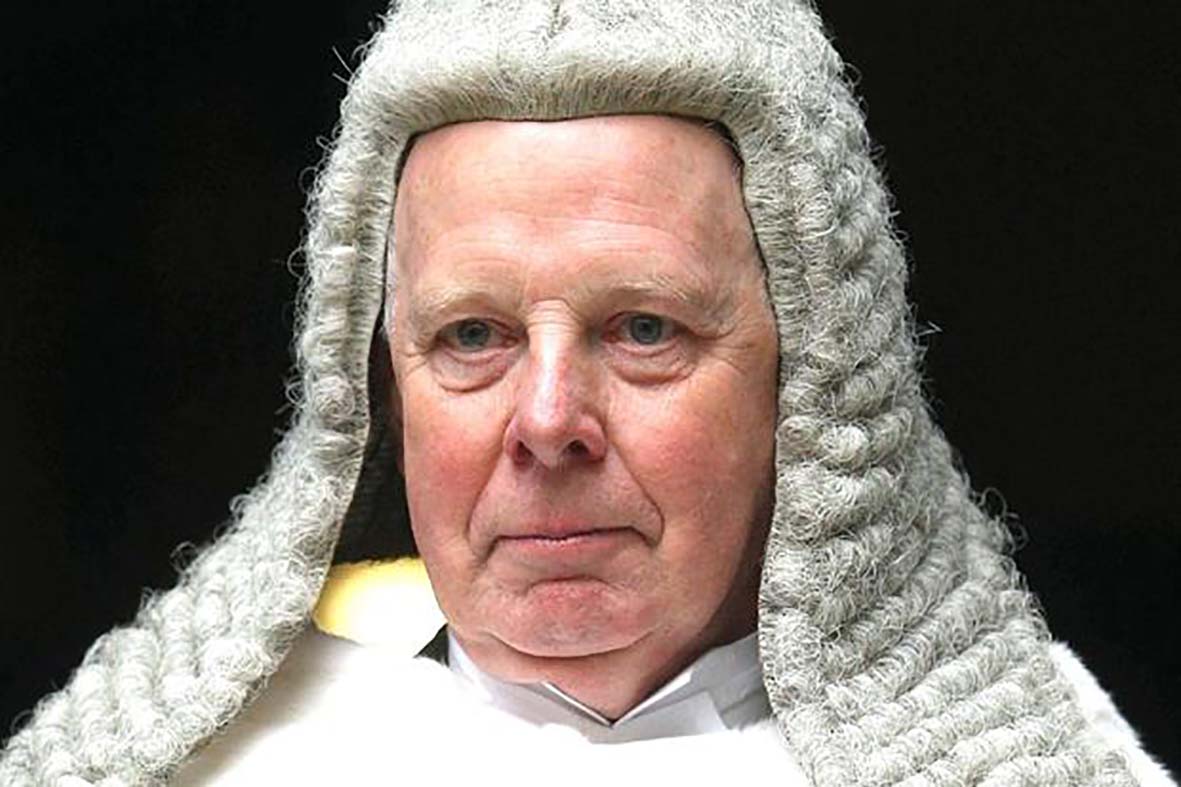 The Lord Chief Justice, Lord Thomas of Cwmgiedd, has told the House of Commons’ Justice Select Committee that retired judges are being sent back to work to help manage the increase in family law cases.

In his final appearance before before he steps down, Lord Thomas repeated the concerns raised in his final annual report, which was published last week, about the rising numbers of public and private family law cases.

He said: ‘What we cannot have is the continued rise in this sort of work, largely because we’ll run out of judges capable of doing it.’

On the ‘deeply worrying’ increase in private law cases, he said the Cabinet Office is looking into the reasons behind it, but said its findings were not yet public.

Fathers4Justice – who manage several thousand cases every year – say that attempts by the family courts to streamline the system have been disastrous.

‘Litigants in person are being bullied and coerced into unacceptable situations as the courts try to reduce the backlog of cases.’

‘Cafcass S7 reports are not being ordered and children’s views and wishes ignored. The welfare checklist isn’t being followed and the courts are in denial about endemic parental alienation.’

‘Digging up retired judges and trying to streamline the system cannot improve dysfunctional, secretive courts that simply aren’t fit for purpose. None of the proposals made by the Lord Chief Justice are realistic solutions.’

‘The only way the system will improve is if the law is changed to give fathers a legal presumption to 50/50 shared parenting, as exists in Sweden and many US states. We believe this would remove 90% of cases overnight.’

The Lord Chief Justice however remains in denial about the structural fault in the system. He said, ‘The concern that I have and some civil judges have is that the demands of the family work are having an impact upon civil justice as more judicial resource has to be devoted to that.’

‘One of the things I do – and it makes me uneasy – from time to time, is to authorise more and more people who are brought out of retirement to do work in civil cases, releasing full time active judges to do family cases.’

He said: ‘I don’t think that’s right. But there isn’t a solution until we can grapple with bringing family work under better control.’

Thomas asked the committee – only half of whom were present – to explore solutions for the ‘highly difficult problem’ of increasing litigants in person in family cases, due to the legal aid cuts.

Expecting parties, who have fallen out over children or money, to deal with their legal issues in person, he said is ‘not always easy’ and can make disputes worse by renewing confrontation.

Thomas suggested three solutions – going back to the old legal aid system; providing an employed lawyer in court to advise parties, as had been done in California; or getting organisations like the Citizens’ Advice Bureau to help.

The judiciary, he said, is adapting to the increase in litigants in person, but added that ‘there is a limit to what the judiciary can do to solve the problem without more work coming back’.

He also pointed to the ‘serious deficiencies’ in security in the family courts, was leaving those attending court, staff, and judges at risk.

On the government’s plans to pilot extending court working hours, which critics have said will make life harder for women and others with caring responsibility and reduce the diversity of the profession, Thomas acknowledged that one of the biggest problems for the legal profession and judiciary was the ‘loss of working mothers’.

But he said the pilots were worth experimenting with and said it was important to try to achieve certainty for practitioners as to when their cases will be heard.

Elsewhere, he called for greater clarity from government over how judges should treat retained EU law and judgments of the Court of Justice of the European Union (CJEU) post-Brexit, and warned of the ‘very substantial risk’ that judges would find themselves rebuked for being the spokespeople for the EU courts.

Some decisions of the CJEU, he said, had produced a ‘degree of opprobrium’ and he said: ‘The last thing we want to do it to transfer that opprobrium to the judiciary.’

‘I really do think it should be for parliament to say where it wants to go,’ said Thomas, adding: ‘There are fairly strong views among most of us that we don’t want to be landed with making policy decisions of the kind the court makes and be seen as sort of continuing EU law, rather than to the extent that parliament wants it to be different, making it different.’

He also told the committee of the ‘serious, serious recruitment problem’ at the High Court and warned of the ‘really serious risk’ to the quality of the judiciary unless the pay and working conditions of judges are improved.

He hoped that the Senior Salaries Review Body, which is currently conducting a review on the matter, would come up with a solution and said he is ‘confident’ that the body will ‘do a good job’.