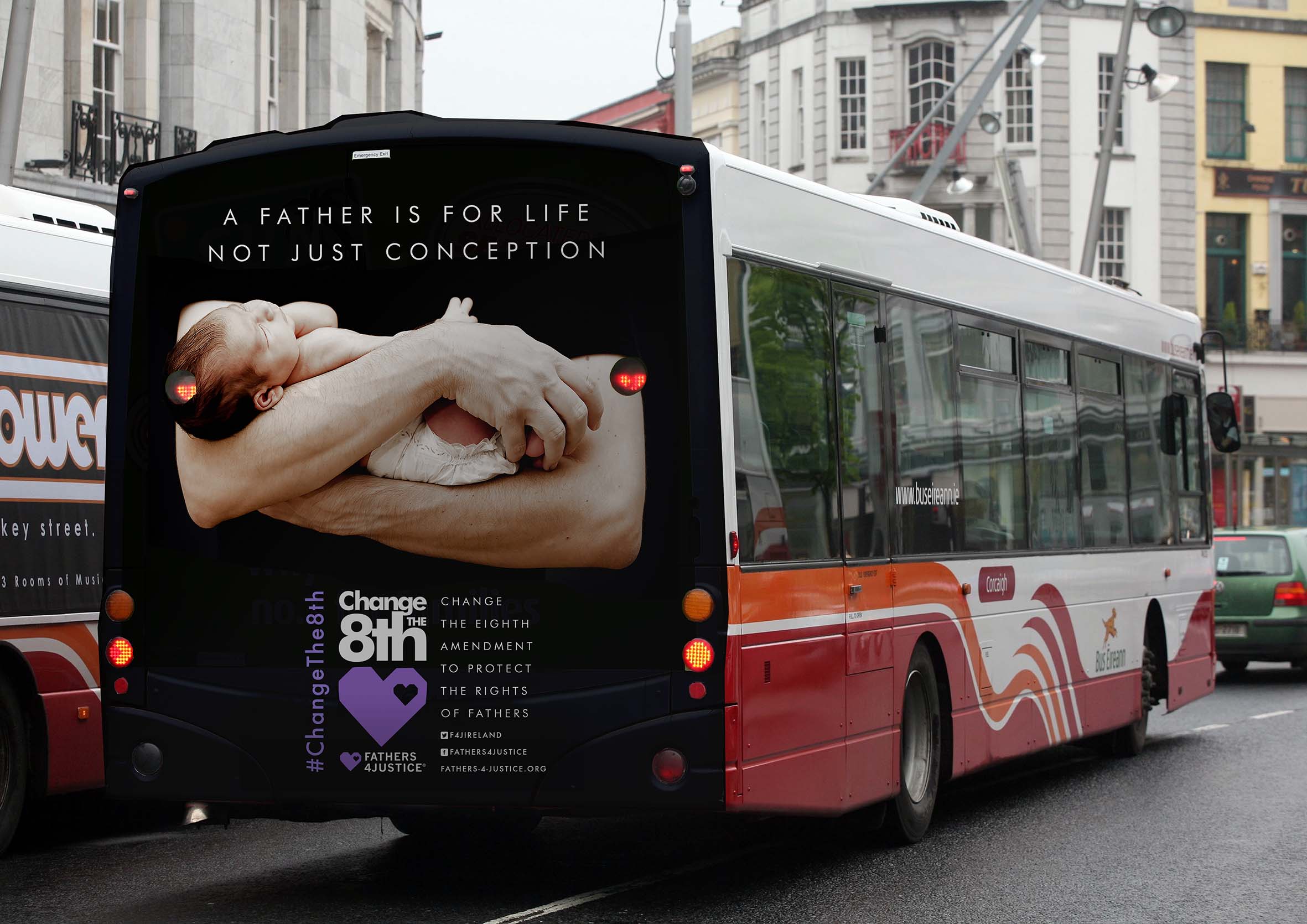 CIE cited a six-week Fathers4Justice campaign on Bus Eireann single decker buses which called for a change of the 8th Amendment of the Constitution to give adequate protection to the rights of the father under the tagline ‘A father is for life not just conception’.

CIE said that following the campaign, some employees of CIE, its operating companies, and advertising contractor Exterion, were subject to abuse from the opposing side of the campaign.

F4J have said the ban is wrong, ‘anti-democratic’, and has handed a victory to online bullies intent on censoring debate around the issue.

They say it also closes another avenue of communication for Irish men to have their say in the 8th Amendment debate.

Said International Campaign Director for Fathers4Justice, Nadine O’Connor, “We received considerable online abuse following our campaign, however, we are disappointed that CIE has caved in to the threat posed by an aggressive, bullying minority, who are attempting to censor this debate.”

“Worst still, this move is anti-democratic and further denies fathers a voice in the 8th Amendment debate. We will oppose it at all costs.”

Read about the campaign here: