The male victims of domestic abuse abandoned by government 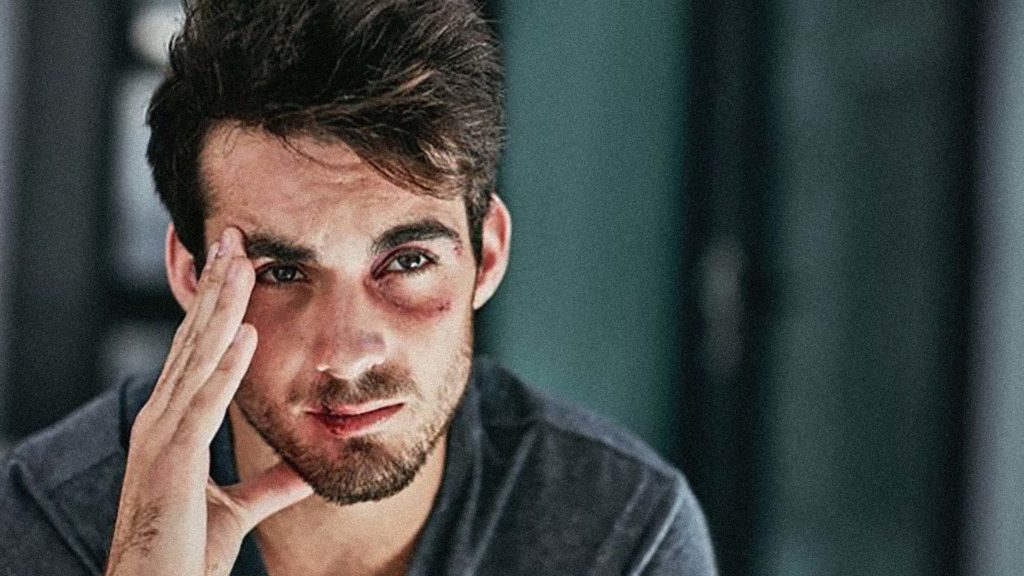 What are little girls made of? Sugar and spice and all things nice.

So goes the popular nursery rhyme.

But the cultural conditioning that had led us to believe women are incapable of being abusers, has warped our view of domestic abuse.

In particular, the ideologically driven “Me Too” movement has dangerously stereotyped women as victims, and men as abusive perpetrators.

In doing so it has replaced the evidential burden of proof with finger-pointing as a form of justice that has more in common with the Salem witch hunts, than any form of due process.

Rather than applying the normal, criminal burden of proof i.e. ‘beyond all reasonable doubt’, the MeToo movement stole from the secret family courts (where there is an epidemic of false allegations) and made the lower burden of proof, ‘on the balance of probabilities’, the default setting for making findings about allegations.

This does not require any evidence, simply the testimony of one person against the other.

That isn’t to say there aren’t abusive men. Of course there are.

But the perverse man-hating narrative of MeToo is harming our sons, brothers, fathers, and men in general.

It is no understatement to say it is putting men at risk of harm and ongoing abuse.

The issue of male domestic abuse is significantly underreported because of the social stigma attached to victims who are often too frightened to report assaults, or coercive and controlling behaviour, because they fear they will not be taken seriously, or believed, or worst still, arrested themselves.

I know this from bitter personal experience. I know men in my family who have been stabbed, punched, had mirrors smashed over their heads, their genitalia scarred, property destroyed and false allegations made against them. Malicious allegations designed to wreck lives and destroy careers.

Yet none of these assaults were reported, simply because the men concerned were too frightened to report these events. After all, in the age of MeToo, who’s going to believe a man is a victim of domestic abuse?

That’s why we decided to map the support services available to vulnerable men.

Our truly horrifying research exposed a lack of refuges for men and too few schemes to tackle male suicide. Fathers4Justice made 400 Freedom Of Information requests to councils across the UK.

Just three confirmed they provide ‘refuge’ spaces for male victims of domestic abuse and dozens of other councils admitted spending nothing on tackling domestic abuse against men.

Out of 300 Local Authorities just three confirmed they had a total of 13 beds for male victims of DV. Two further authorities provided despearsed or out of area accommodation, while 18 councils spent £21 million of taxpayers money on services for women, but were unable to confirm any spending on men.

Others confirmed a worrying disparity in spending. Falkirk District Council spent more than £1 million pounds on domestic violence, with 96% spent on women and just 4% on men.

In fact, according to the last Crime Survey for England and Wales, 1 in 3 domestic abuse victims are men and 2,000 men every day are victims of domestic abuse, yet there is still little of no support for the victims.

When it comes to the male suicide epidemic, the numbers are equally shocking. Nearly 14 men take their own lives every day – that’s nearly 5,000 deaths every year – yet the majority of councils have no specific programmes to cut the male suicide rate.

As we mark International Men’s Day, it has never been clearer that the only thing toxic about masculinity is the disgraceful way we treat our men, whether as victims of domestic abuse, the denial of basic equal parenting rights for separated dads, or the blind-eye turned to the scandal of male suicide.

Worst still, the cult of ‘hate male’, leaves a dangerous legacy for our boys, who are left to fend for themselves in a fatherless nation where they are continually demonised by society.

Some people argue that Parliament is full of men and that ‘every day is men’s day’. In fact, the opposite if true. The men in Parliament are as uncomfortable talking about these issues as men in society are.

Now, more than ever, we demand equal treatment for men and boys. We demand an equal voice in government, an equivalent to the Minister for Women and Equalities – a Minister for Men – to coordinate a response to what we believe is a public health emergency.