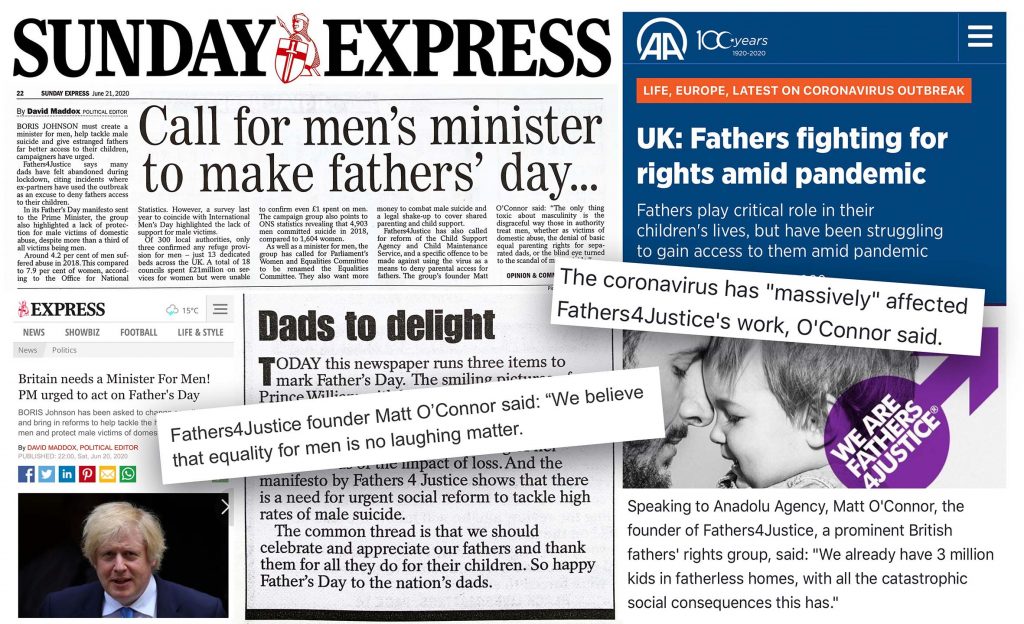 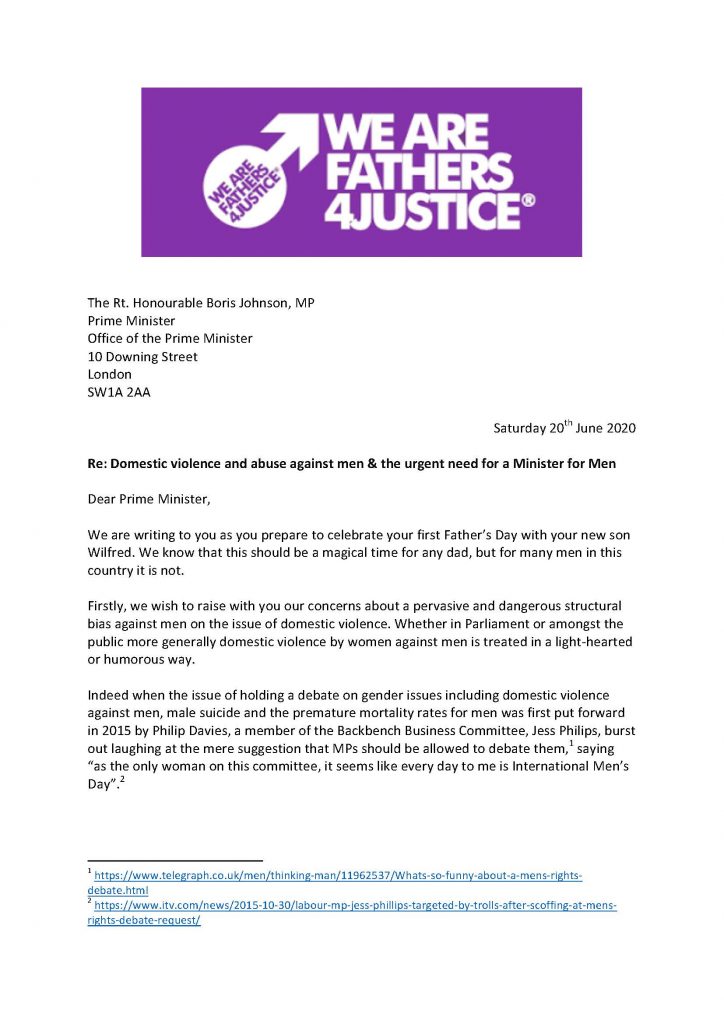 Campaign group Fathers4Justice have sent a Father’s Day letter to Prime Minister Boris Johnson calling on him to make contact denial and parental alienation criminal offences, and to raise concerns about institutional discrimination against men, especially in the area of domestic abuse where 1 in 3 victims are male.

The group called for the government to appoint a Minister For Men to address the fatherlessness epidemic, the male suicide epidemic – where 15 men every day take their own lives – and the impact of COVID19 where over 70% of the deaths are men.

Said Fathers4Justice founder Matt O’Connor, “In an age of so called equality for all, it is shameful that 97% of men are denied parental equality in secret family courts simply because of their gender.”

“Given Boris Johnson will celebrate his first Father’s Day with his new son Wilfred, it is time his government addressed the epidemic of mass fatherlessness that has cruelly robbed a generation of children of their dads.”

“He should also level up by appointing a Minister for Men so men have an equal voice and representation in government, the same as women do with their Minister for Women and Equalities. We could then co-ordinate a meaningful response to mass fatherlessness, the suicide epidemic, the 70% of COVID deaths who are men, and for the 1 in 3 domestic abuse victims who are male.”

A letter has also been sent to the Rt Hon Elizabeth Truss MP, Minister for Women and Equalities. 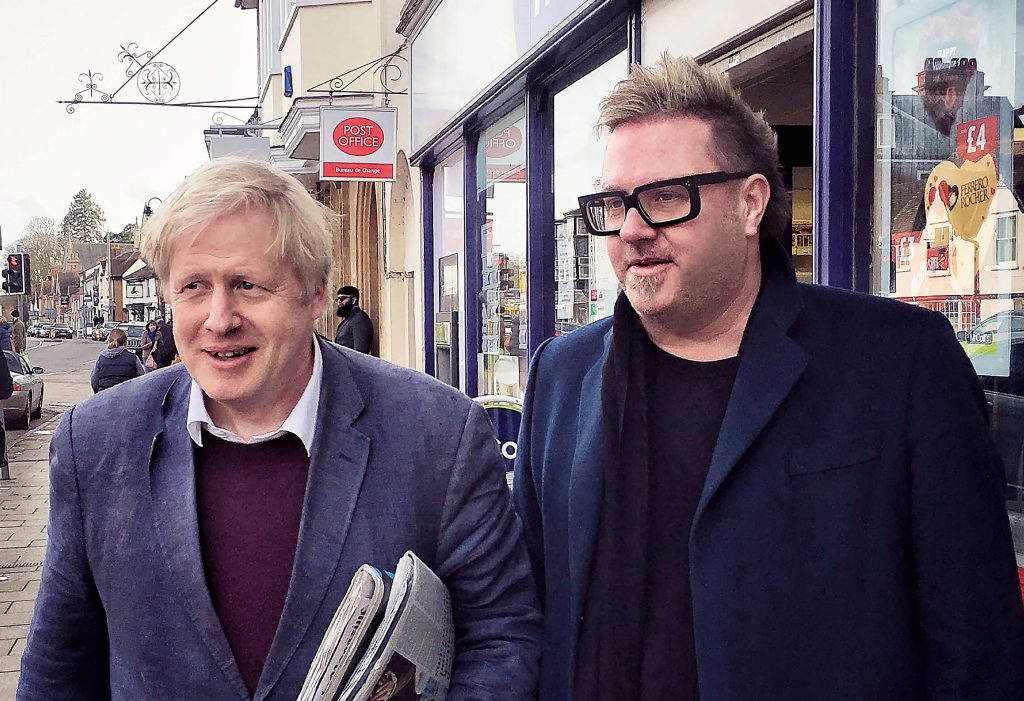 WRITE TO YOUR MP THIS #FATHERSDAY asking them to make #ContactDenial & #ParentalAlienation criminal offences. Use our letter template below. #F4J #Fathers4Justice FIND YOUR MP https://www.theyworkforyou.com/mp/