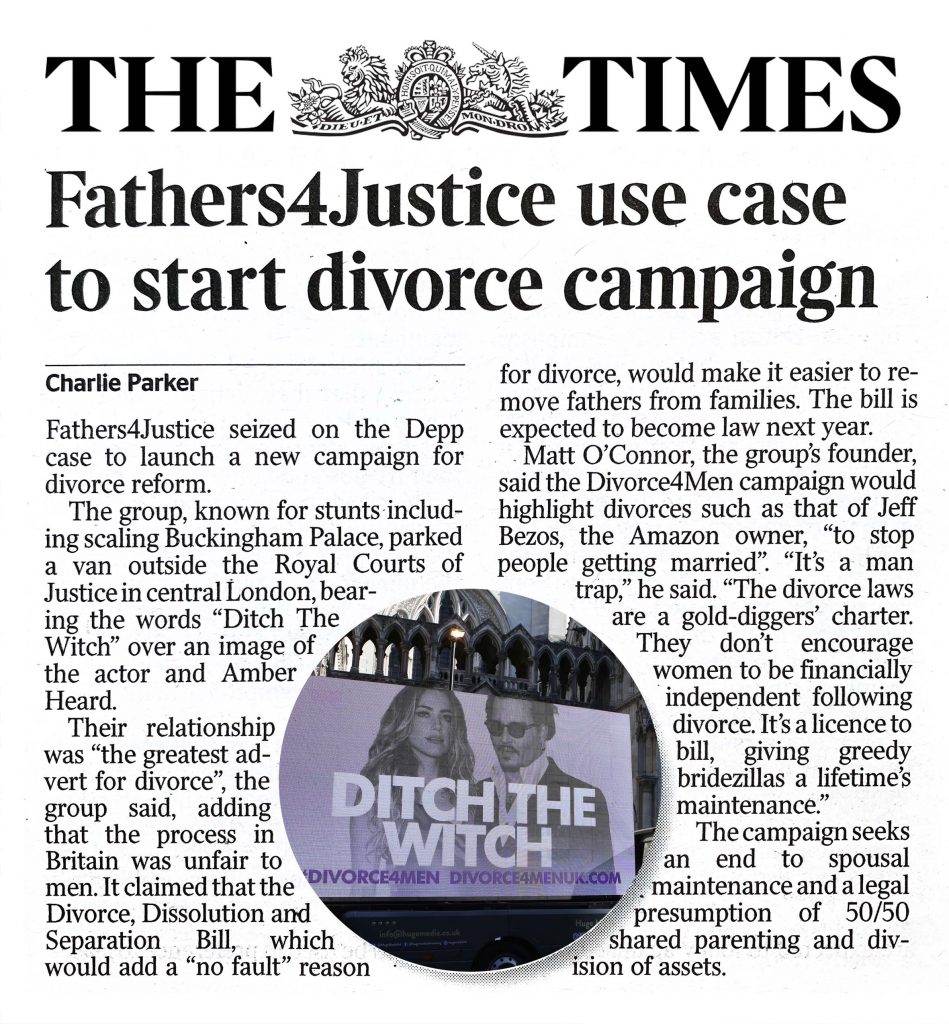 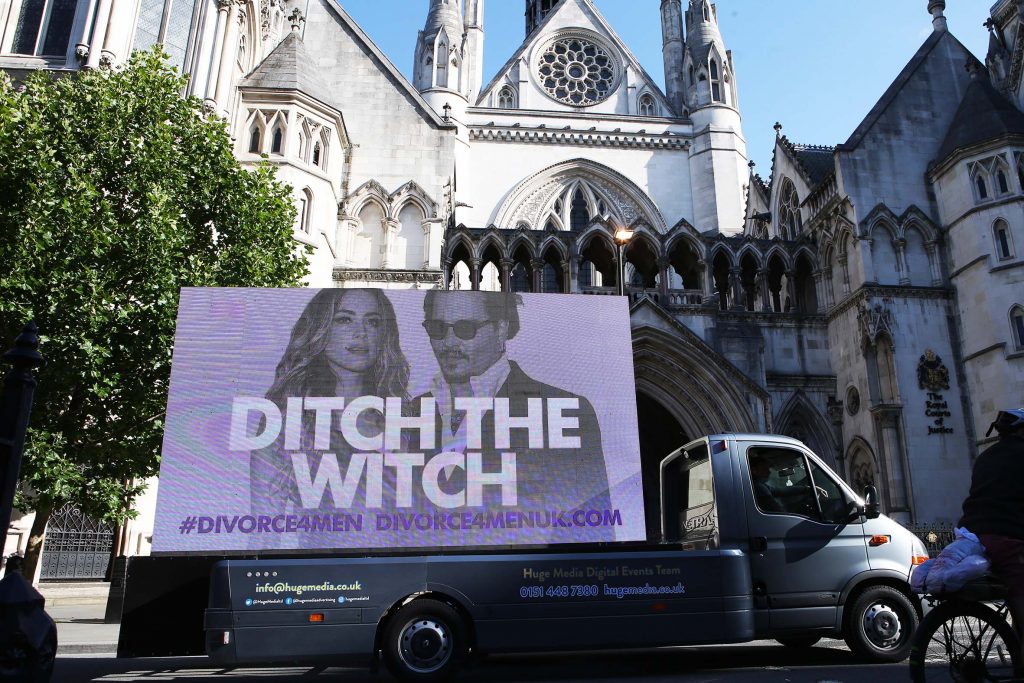 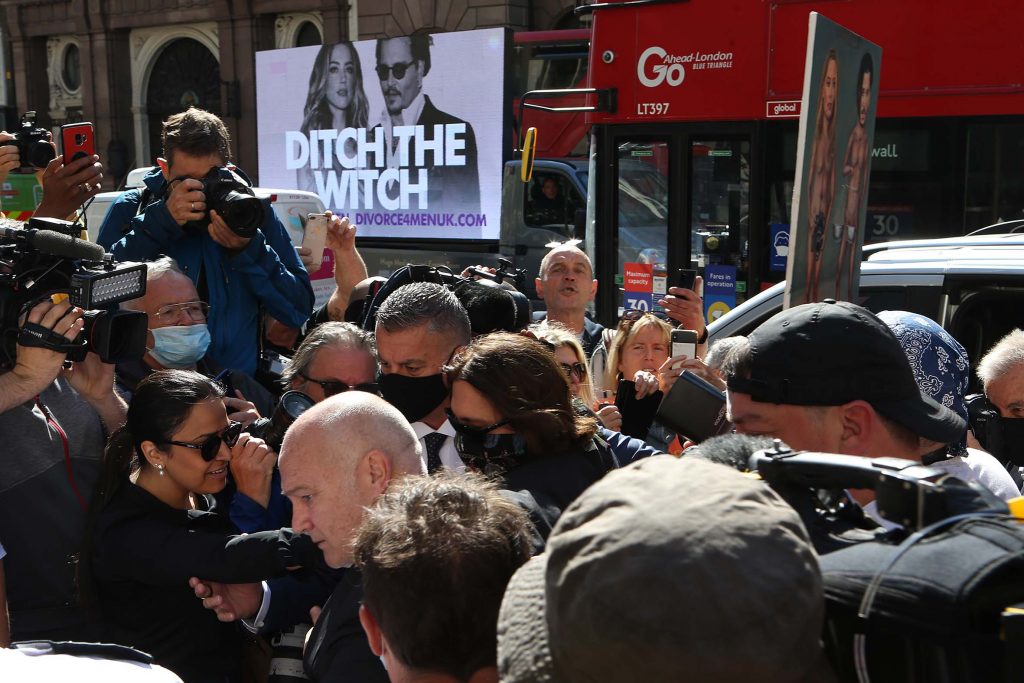 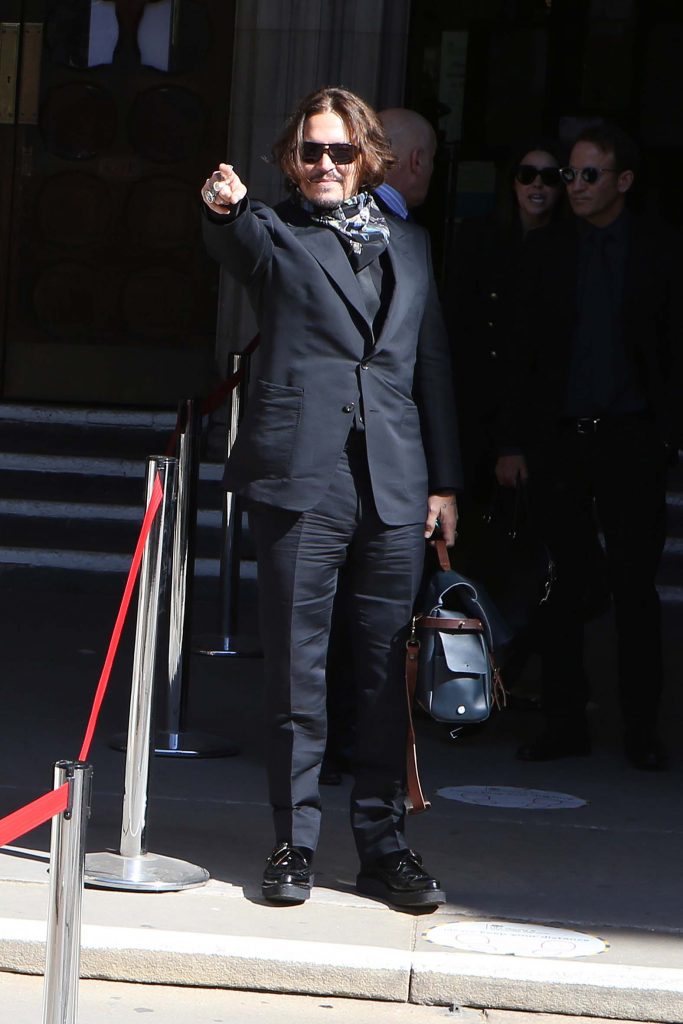 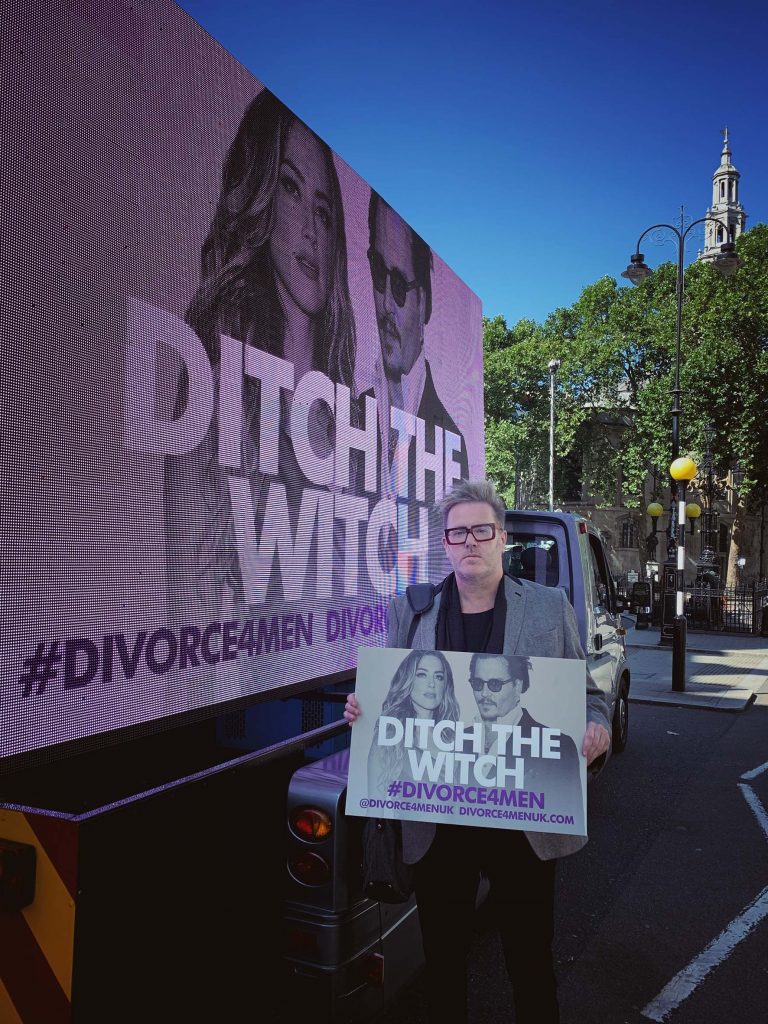 Fathers4Justice (F4J) have launched a campaign for divorce equality for men today with a “Ditch The Witch” advert featuring Amber Heard and Johnny Depp on advertising vans outside the High Court where the Johnny Depp libel trial is ongoing.

#Divorce4Men will campaign for fairer divorce laws for men which F4J say are sexist, outdated and a “gold diggers charter”. The campaign is also running on beer matts and in men’s toilets in a national chain of pubs.

F4J say the ongoing war of words between Depp and Heard is the best advert for divorce in the world, but say current “no fault divorce” reforms will make it easier for fathers to be removed from families, and will not end the blame game between warring parents, but simply drive them into the family courts.

The campaign seeks the following reforms:

Said F4J founder Matt O’Connor; “London is the divorce capital of the world with a sixth of divorce cases involving foreign nationals.”

“Under current divorce laws our message to men is simple: it’s time to say I don’t – don’t get married – because marriage is a trap, a man trap.”

“We want to end the ‘fraud of the rings’ and establish the principle of ‘divorce equality’ between husbands and wives after separation.”

“The new divorce laws are a gold diggers charter and a licence to bill giving lifetime pay-outs to greedy bridezilla’s. Women don’t marry men for their money, they divorce them for it.”

“Mums will exploit no fault divorce to aid the removal of fathers from families, many of whom naively believe that the conclusion of a divorce provides them with rights to see their children, when it does not.”

“It’s good for business, but bad for dads and terrible for children.”