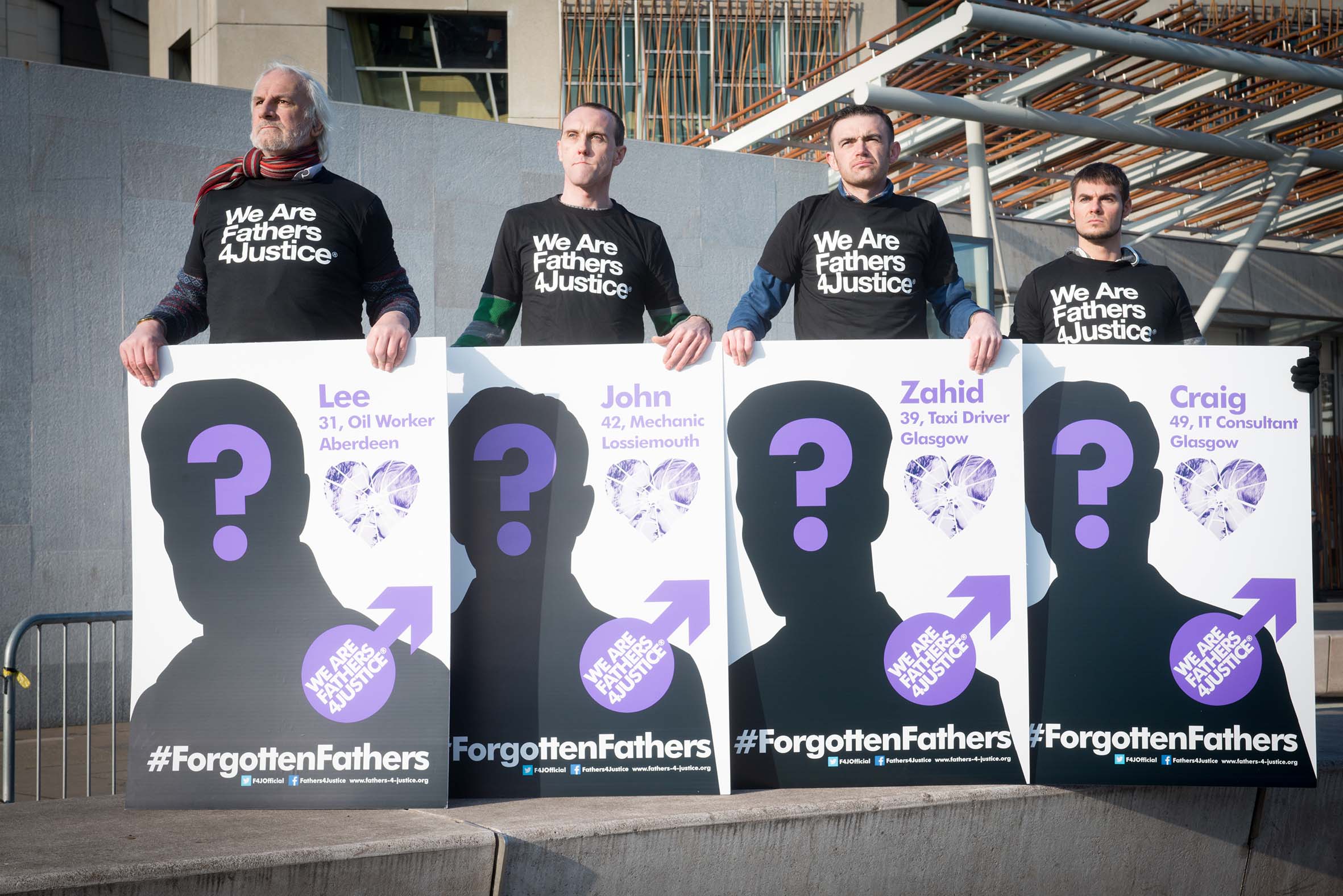 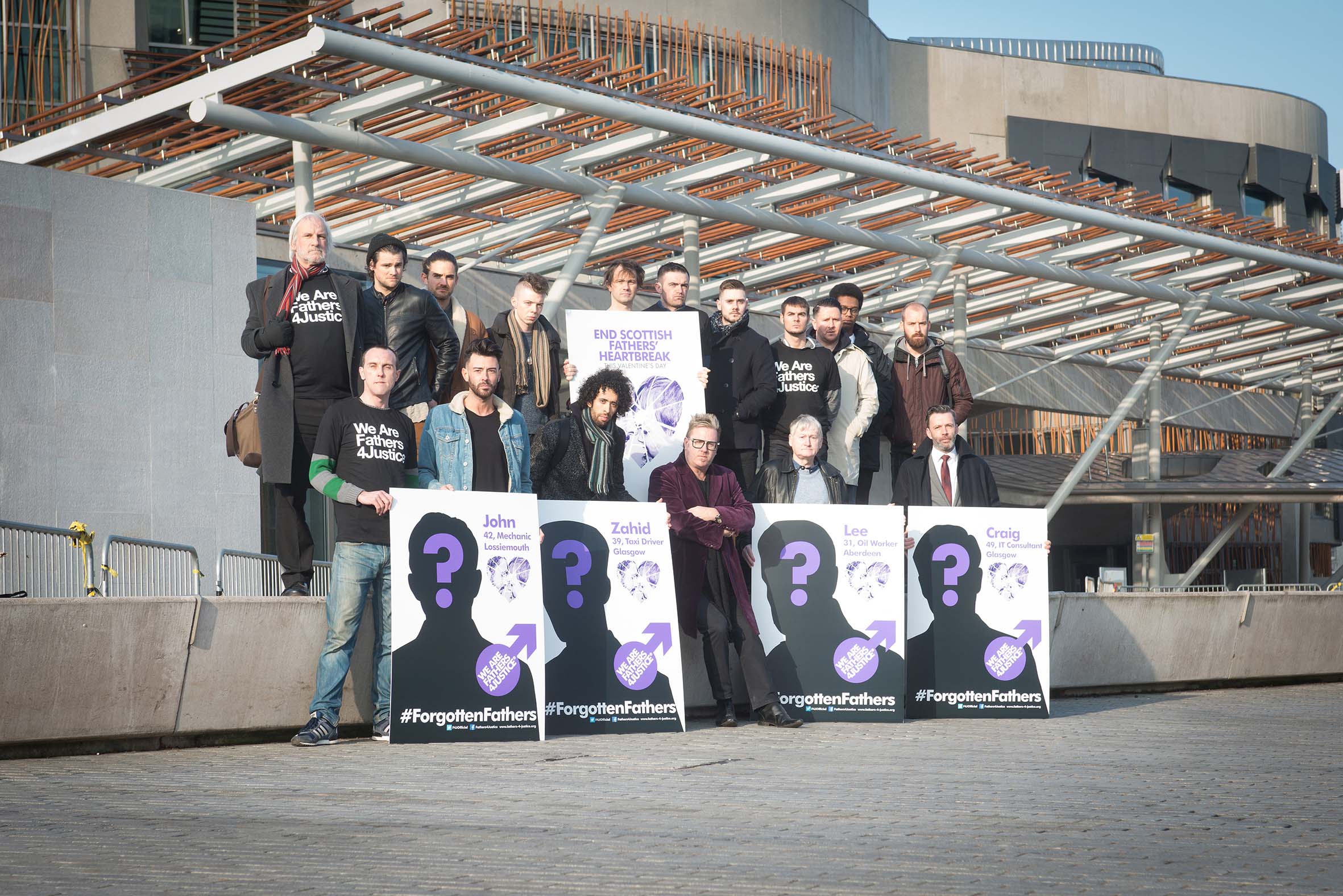 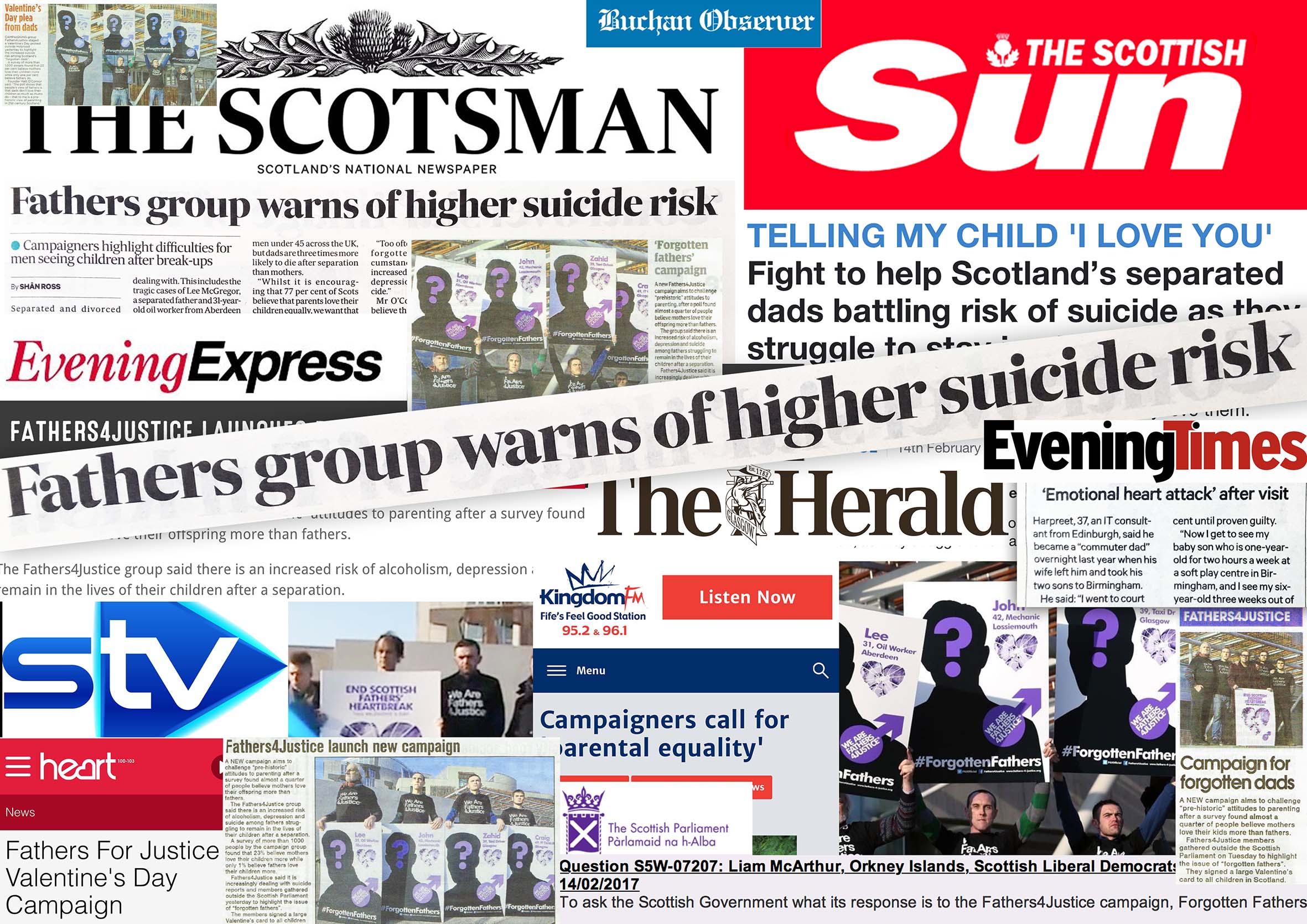 The campaign was created in memory of separated dad Lee McGregor, an oil worker from Aberdeen, who took his own life last year after losing contact with his children. His father, Ian McGregor joined the event

The event attracted widespread media coverage on Scottish television, radio and in the press including The Scottish Sun, The Scotsman and The Sunday Post.

Research published by Fathers4Justice found that 23% of Scots believe that mothers love their children more than fathers.

A written question has now been tabled in the Scottish Parliament by MSP Liam McArthur asking the government for a response to the campaign.

F4J founder Matt O’Connor is now hoping a motion can be set down in the Parliament to support the campaign. 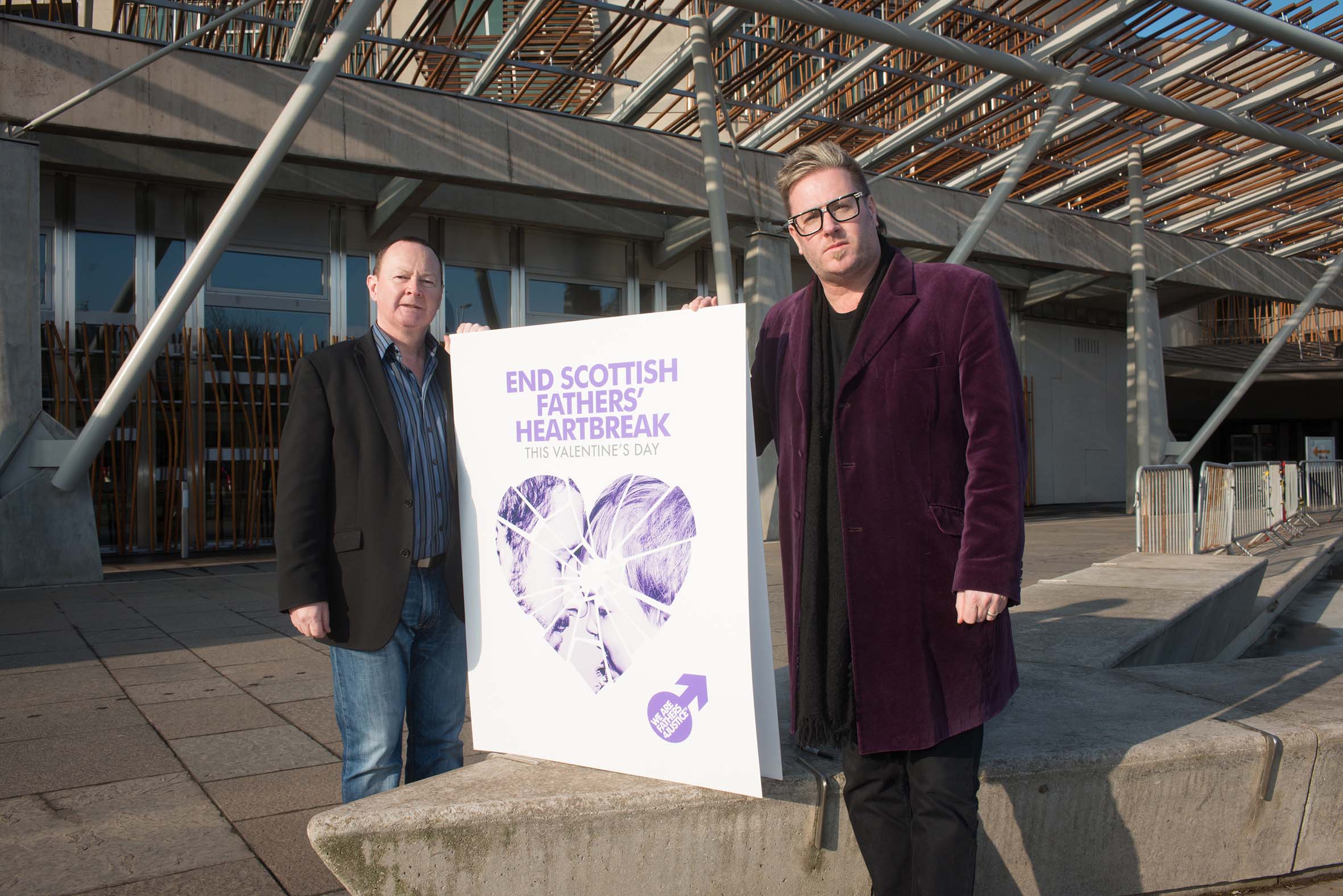 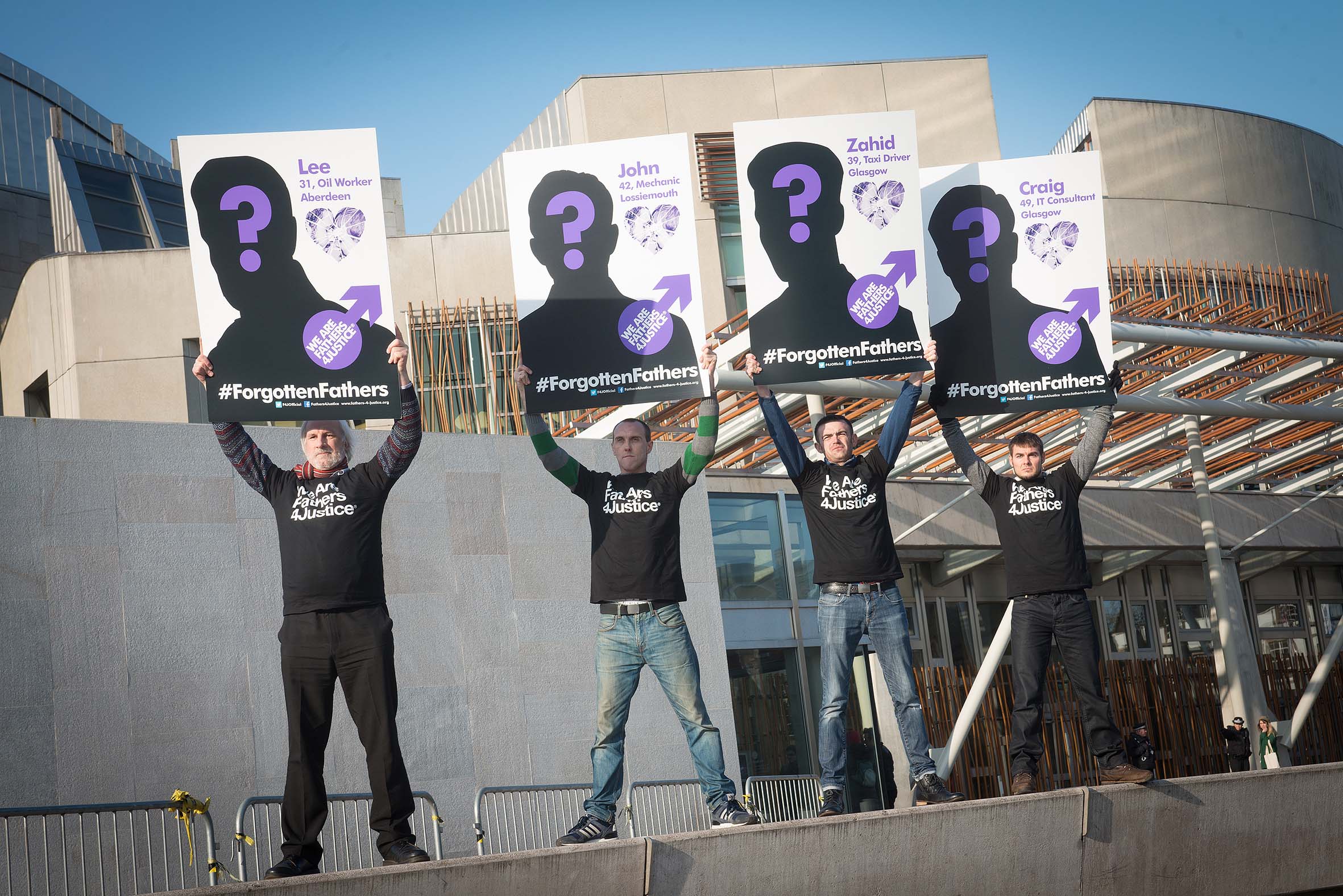 Other key findings in the research published includes: 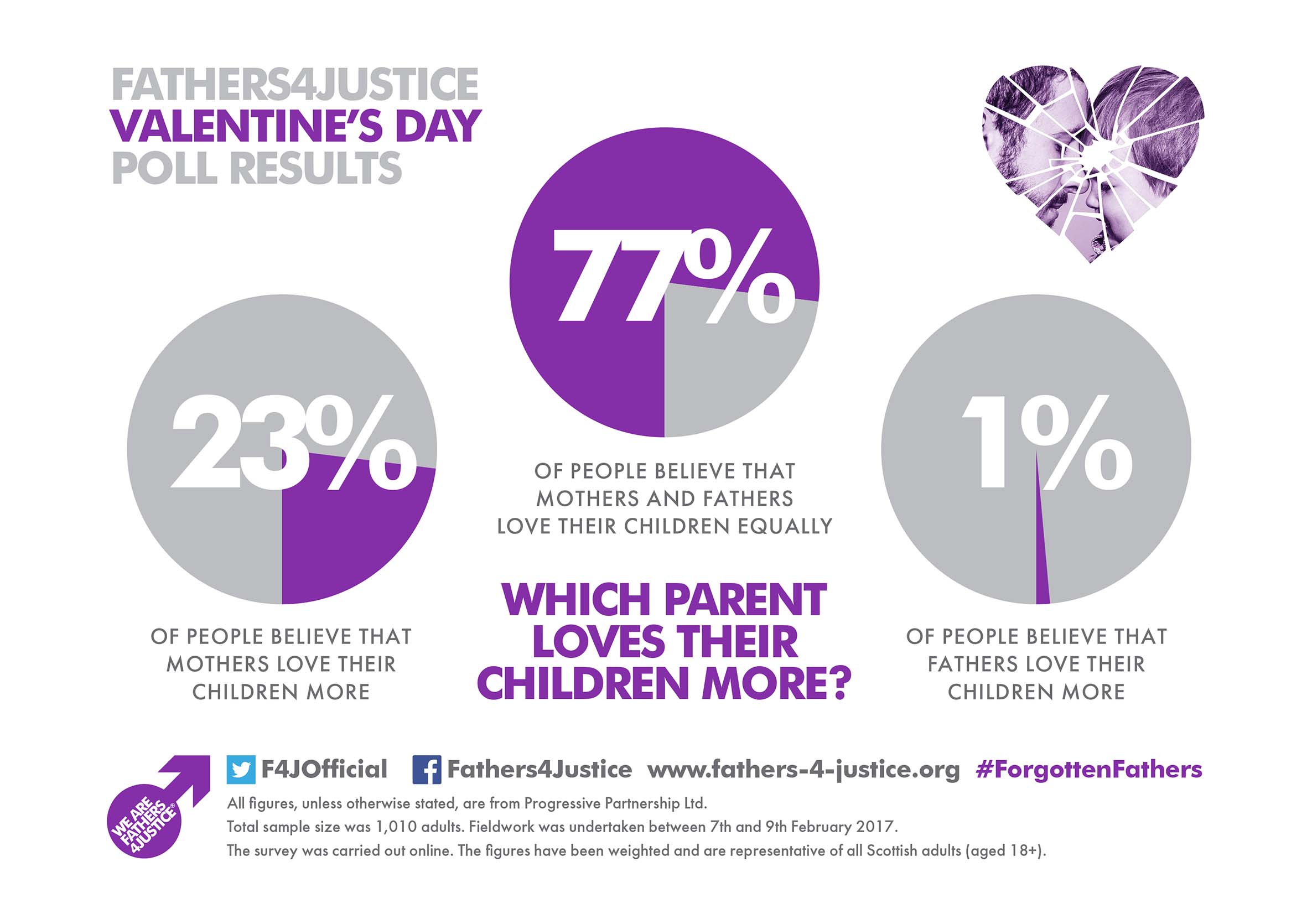 Matt O’Connor, founder of F4J said: “9 men die every week die from suicide in Scotland and 71 per cent of all suicides are men. Not only is suicide is the biggest killer of men under 45 across the UK, but dads are 3 times more likely to die after separation than mothers.”

“Whilst it is encouraging that 77% of Scots believe that parents love their children equally, we want that number to be 100%.  Men must become more comfortable talking about their feelings about their children and push to play an active part in their lives following a break-up.  Too often, fathers become forgotten in these circumstances, leading to an increased risk of alcoholism, depression and, sadly, suicide.”

“We believe the court system currently disproportionately favours the mother after a break-up and we want to see parental access considered on a more equal basis.  It is not right for anyone to use children as an emotional pawn or gambling chip.”

* 71 per cent of all suicides in Scotland are men. National Records Scotland, 2015

* Dads are 3 x more likely to die after separation than mothers. Department for Work & Pensions, 2015

* Because of social stigma and religious taboos, male suicide is significantly underreported, or deaths wrongly attributed to other causes such as ‘accidental’ or ‘undetermined intent’ by coroners. Samaritans, * * Men Suicide and Society Research Report, 2012

* No meaningful records are kept on the suicide rates among separated fathers. Fathers4Justice, 2017

* The cost of family breakdown across the UK is £48bn a year or £1820 per taxpayer. Relationships Foundation 2016

* Scotland has more fatherless homes than almost any other European country. 1 in 5 households are fatherless. Scottish Government, 2011

Matt O’Connor talks about the campaign:

The Scottish Sun: Fight to help Scotland’s separated dads battling risk of suicide as they struggle to stay in children’s live
https://www.thescottishsun.co.uk/news/578695/fight-to-help-scotlands-separated-dads-battling-risk-of-suicide-as-they-struggle-to-stay-in-childrens-lives/ 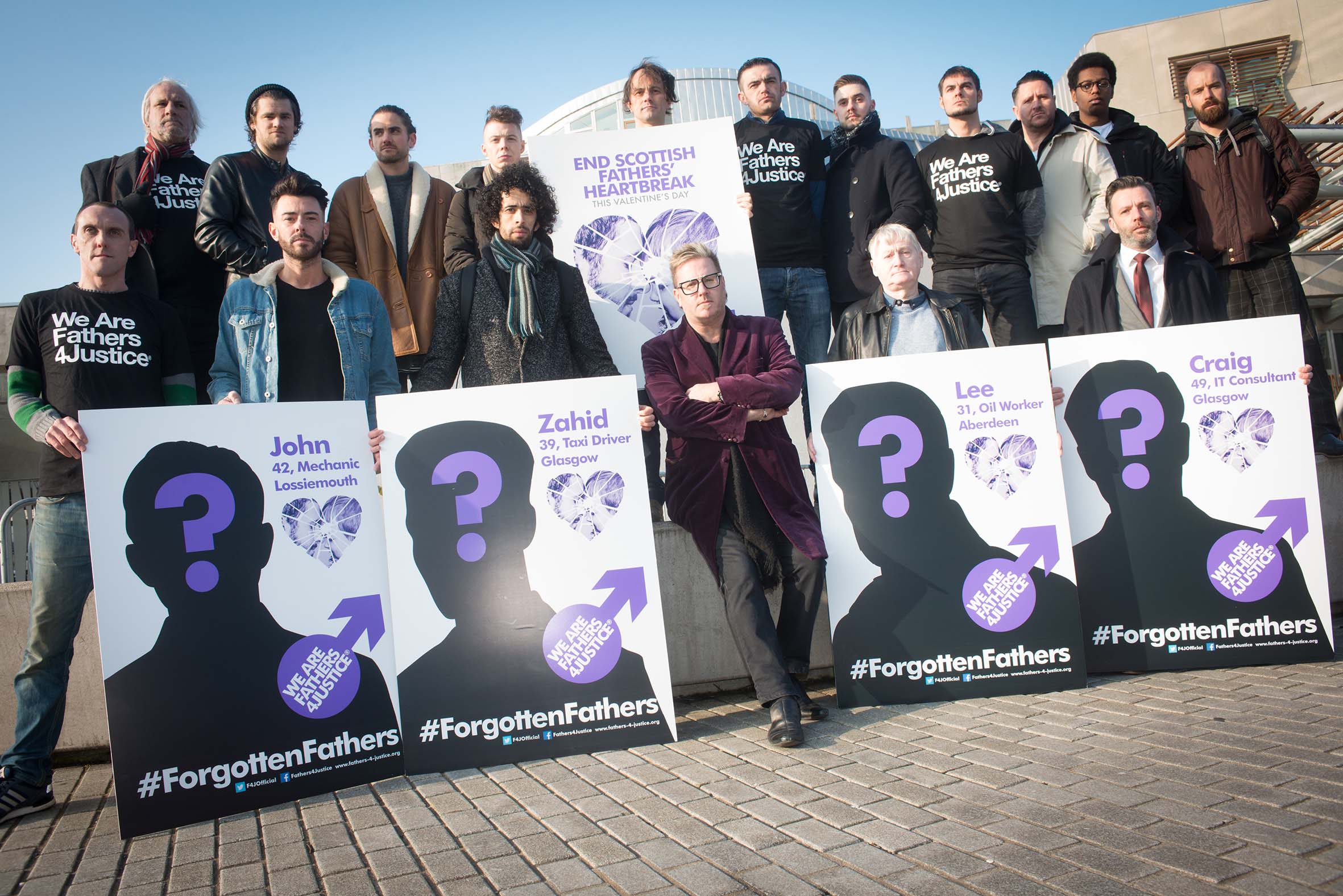 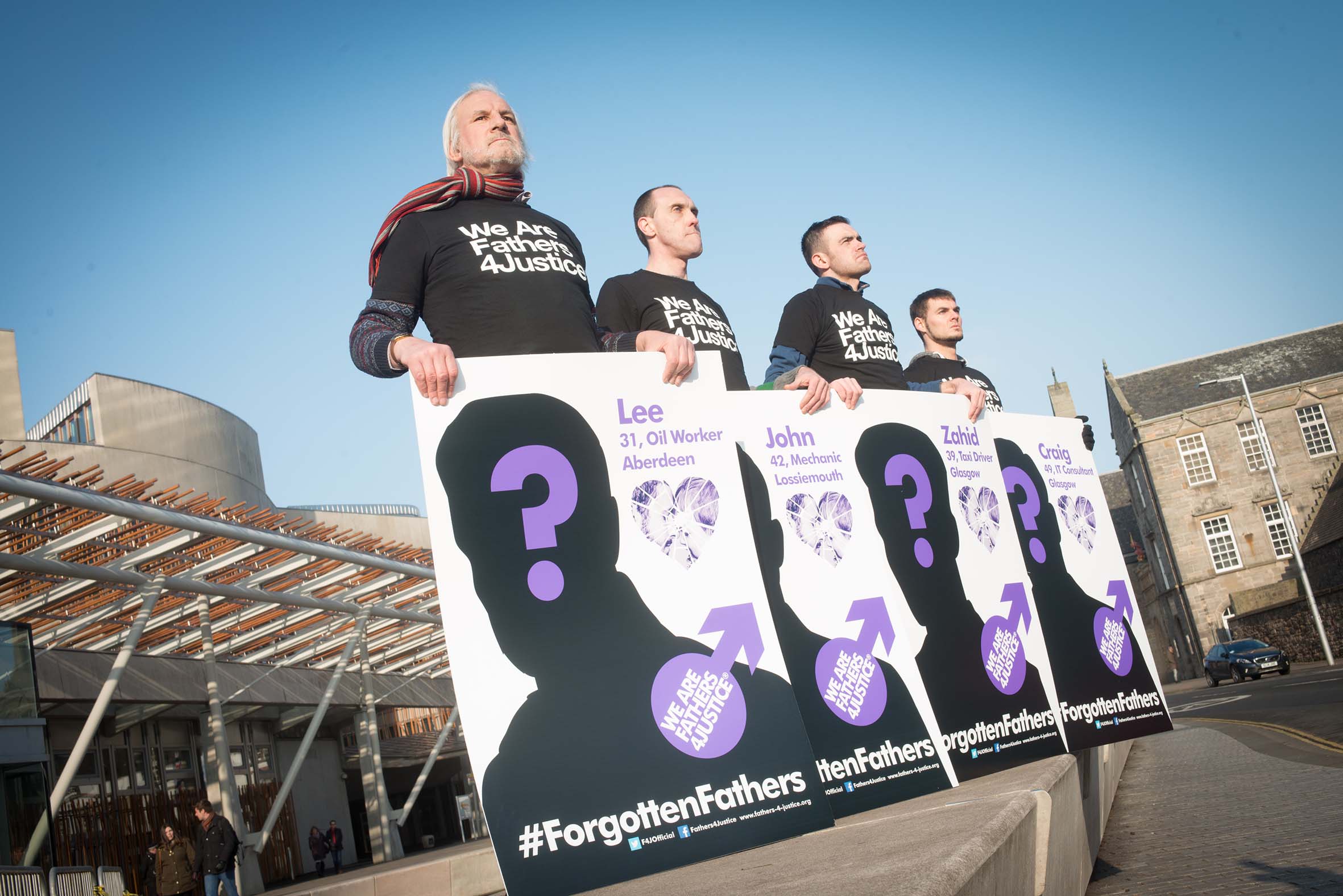 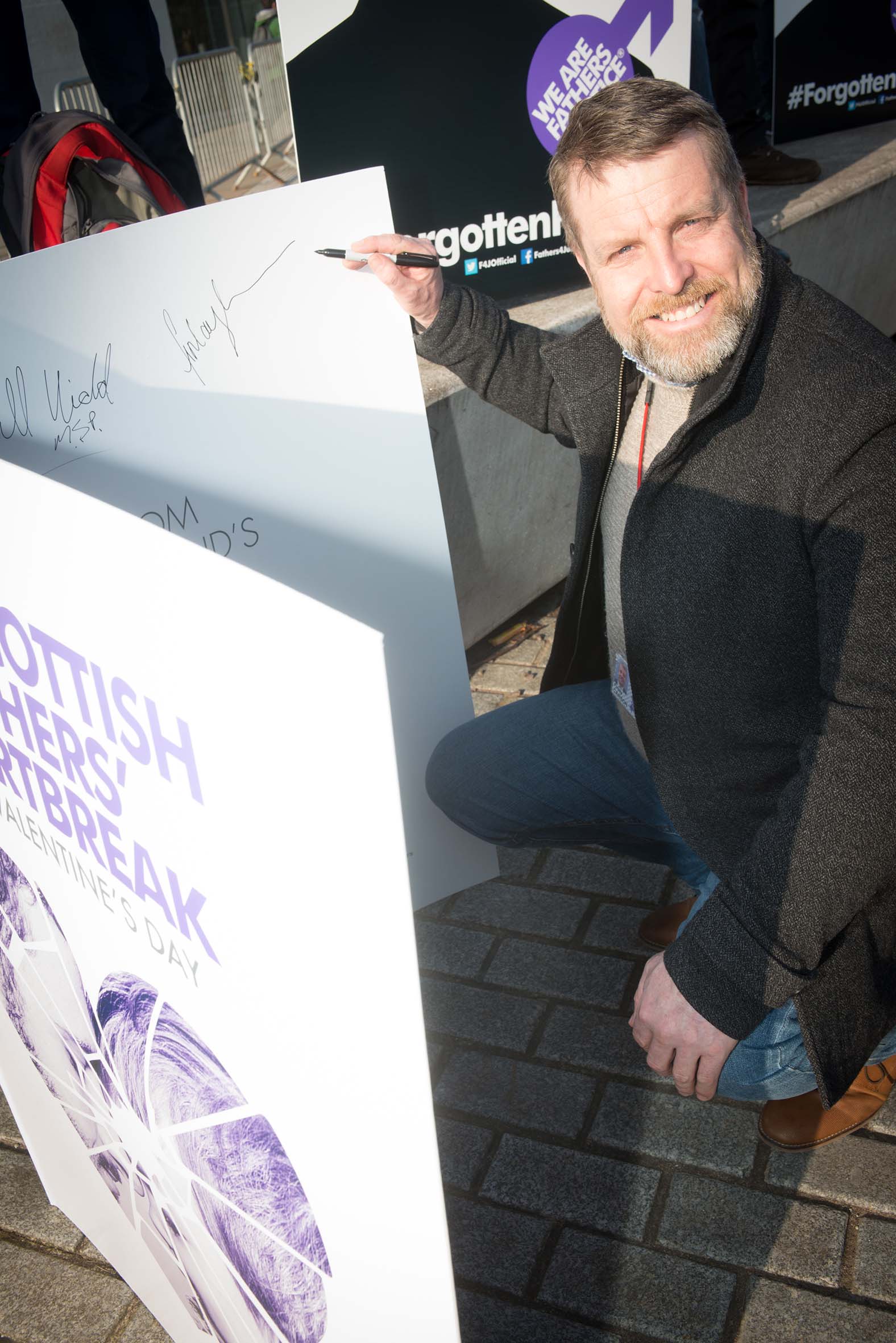 * All figures, unless otherwise stated, are from Progressive Partnership Ltd.  Total sample size was 1,010 adults.

* Fieldwork was undertaken between 7th and 9th February 2017.  The survey was carried out online.

* The figures have been weighted and are representative of all Scottish adults (aged 18+).