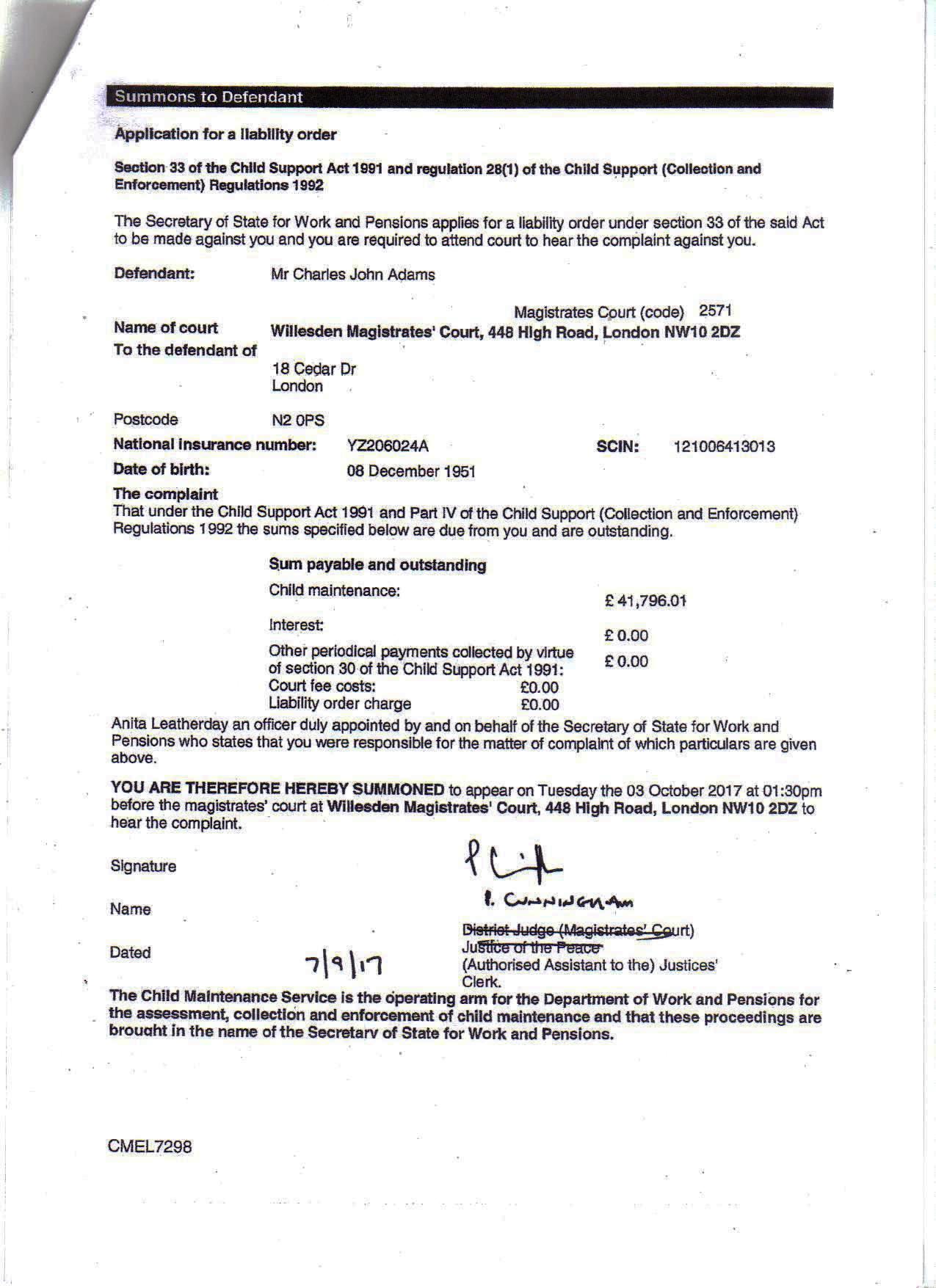 Charles Adams, a father whose successful attack on the practice of anonymisation in child support cases was supported by Fathers4Justice and is reported in the Upper Tribunal case Adams v. Sec.State & Green [2017] UKUT 9 (AAC), is now facing a £41,000 Liability Order Application by the CSA to be heard on Tuesday 3 October 2017 at Willesden Magistrates Court at 1.30pm – see Summons below.

If the Order is granted, the CSA/CMS then has much wider enforcement powers including forcing a sale of the father’s home, confiscating his driving licence, and imprisonment.

Mr Adams has always paid fairly assessed child support for his son Nicholas; the alleged arrears of £41000 have only arisen from fictitious deemed income that he has never actually received or will receive – a form of legal theft under the arcane Child Support (Variations) Regulations 2000.

Adams has Appeals pending against this in both the 1st-Tier Tribunal and the Upper Tribunal, yet the CSA have sent in a hit squad from their elite Child Maintenance Enforcement Team to try and get the money before the Appeals can be heard.

If, as is likely, the Appeals succeed, then there will have been a massive overpayment but the the child support regime means he will not get his money back and the mother will receive a massive windfall which she does not have to repay.

Case law says that in these circumstances the Magistrates Court should adjourn the Liability Order proceedings until the Appeals have been determined, but in this case the CSA have said they will not accept that.

Fathers4Justice supporters are invited to attend Willesden Magistrates Court on Tuesday 3 October; it is hoped that Mr Adams will be represented by Open Justice campaigner Dr Michael Pelling but it is not certain that a right of audience will be granted (the CSA will be represented by counsel). However, the proceedings will be in open court and there are no reporting restrictions whatsoever.