David Beckham’s sister quizzed by cops over assault on ex 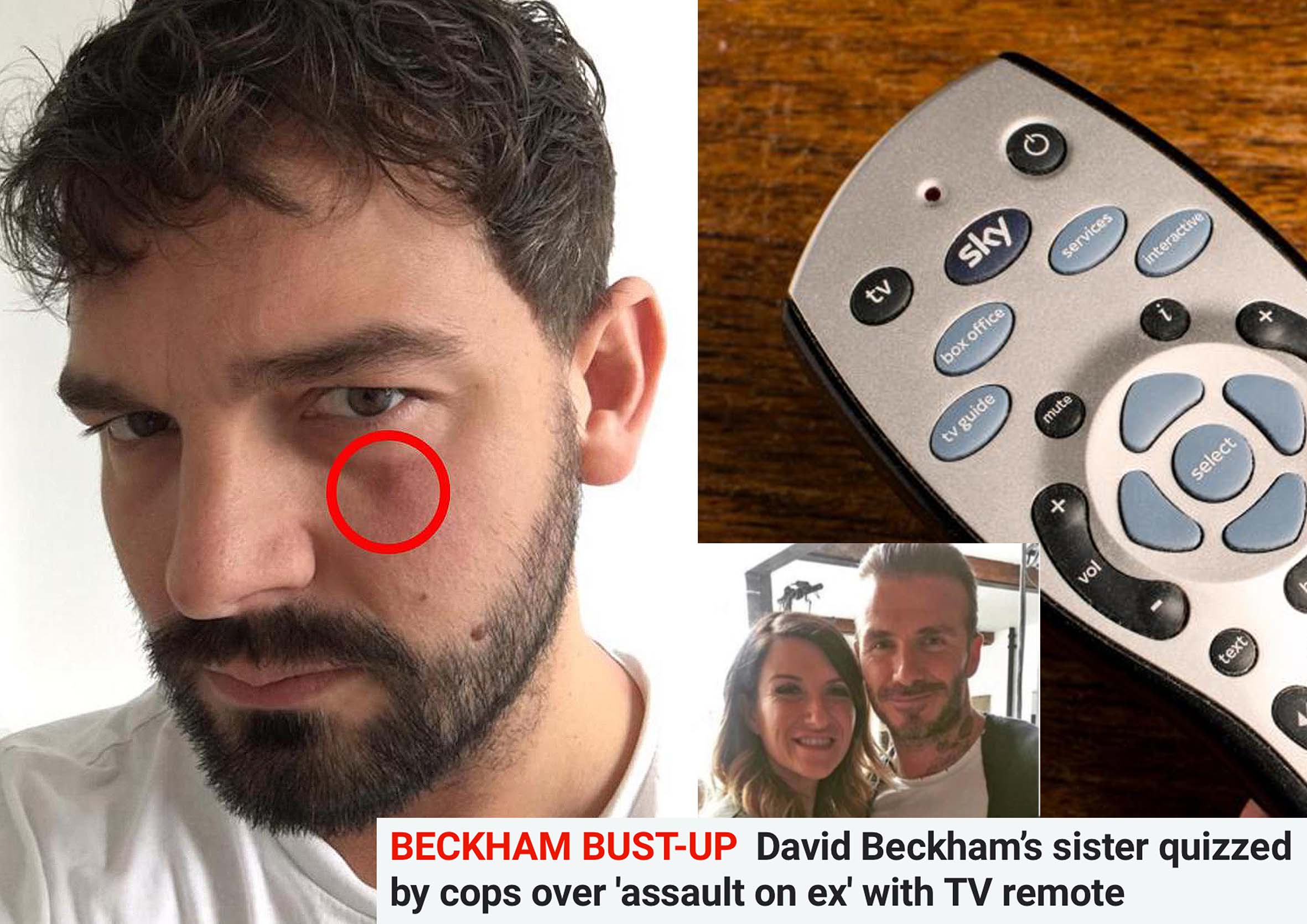 DAVID Beckham’s sister Joanne was quizzed by police over claims her ex was hit in the face with a TV remote control.

Kris, 33, who is now an ambassador for campaign group Fathers4Justice, fled to the home of his friend and EastEnders star Dean Gaffney after the bust-up.

Police questioned hairdresser Joanne, 36, but no further action was taken. Shortly after last year’s spat the couple split up.

Kris told The Sun on Sunday: “The argument started with Joanne. I turned around and was hit in the face with the Sky remote.

“I was stunned, but the moment it happened I was gone.

“Afterwards I had something like 45 missed calls from Joanne.

“I called the police about harassment but when the officer saw my black eye, he said I had to report the assault.

“It’s not acceptable behaviour. I felt that Joanne was controlling.

“I believed she was reading my phone thinking I was flirting with other women or even cheating on her.”

Kris, who has a one-year-old daughter with Joanne, is being supported by campaign group Fathers4Justice.

David Beckham is understood to be footing Joanne’s legal fees, and was recently embroiled in the row.

The former England captain, 43, was accused of “double standards” after posting a snap of Joanne and Kris’s daughter to his 53million Instagram followers.

Kris had been banned from seeing the tot over Christmas for posting a similar photo to his 15,000 followers.

Since the split Kris has moved back to Shrewsbury with his parents.

He said of the break-up: “Within three or four weeks of becoming pregnant, I feared that Joanne’s jealousy was getting worse.

“She blamed it on her hormones, but she seemed convinced I was sleeping with any woman I looked at.

“Joanne kicked off after I started following Caroline Flack on Instagram and she also thought I had a thing for Amber Turner from Towie and started a row over that.

“She kicked off over Aisleyne ­Horgan-Wallace from Big Brother. Aisleyne was at a pub with pals and came over to say Hi. I did nothing wrong! On a night out together, Ferne McCann just waved to me and she was like, ‘You’re shagging her!’ I got abusive texts accusing me of all sorts — I couldn’t take it any more.

“I’m speaking out now in the hope that it encourages other men who may be the victims of domestic abuse to get the help they need.”

Kris claimed Joanne stopped him going to the gym thinking he wanted to look good for “other women”.

He said: “I put on 2st when we were together. She didn’t like me going to the gym because she was sure I was trying to look good for other girls, or pull while working out.

“The longer we had stayed together, the worse this would have become.”

Said F4J founder Matt O’Connor: “It is courageous of Kris to come forward about the domestic abuse he suffered and the controlling nature of the relationship he was in.

“1 in 3 domestic abuse victims are men, and 2,000 men every day in the England and Wales are abuse victims according to the recent Office for National Statistics Crime Survey.

“Sadly just 1 in 20 men report domestic abuse to the Police, many because they fear they will not be believed, or fear being arrested themselves.” 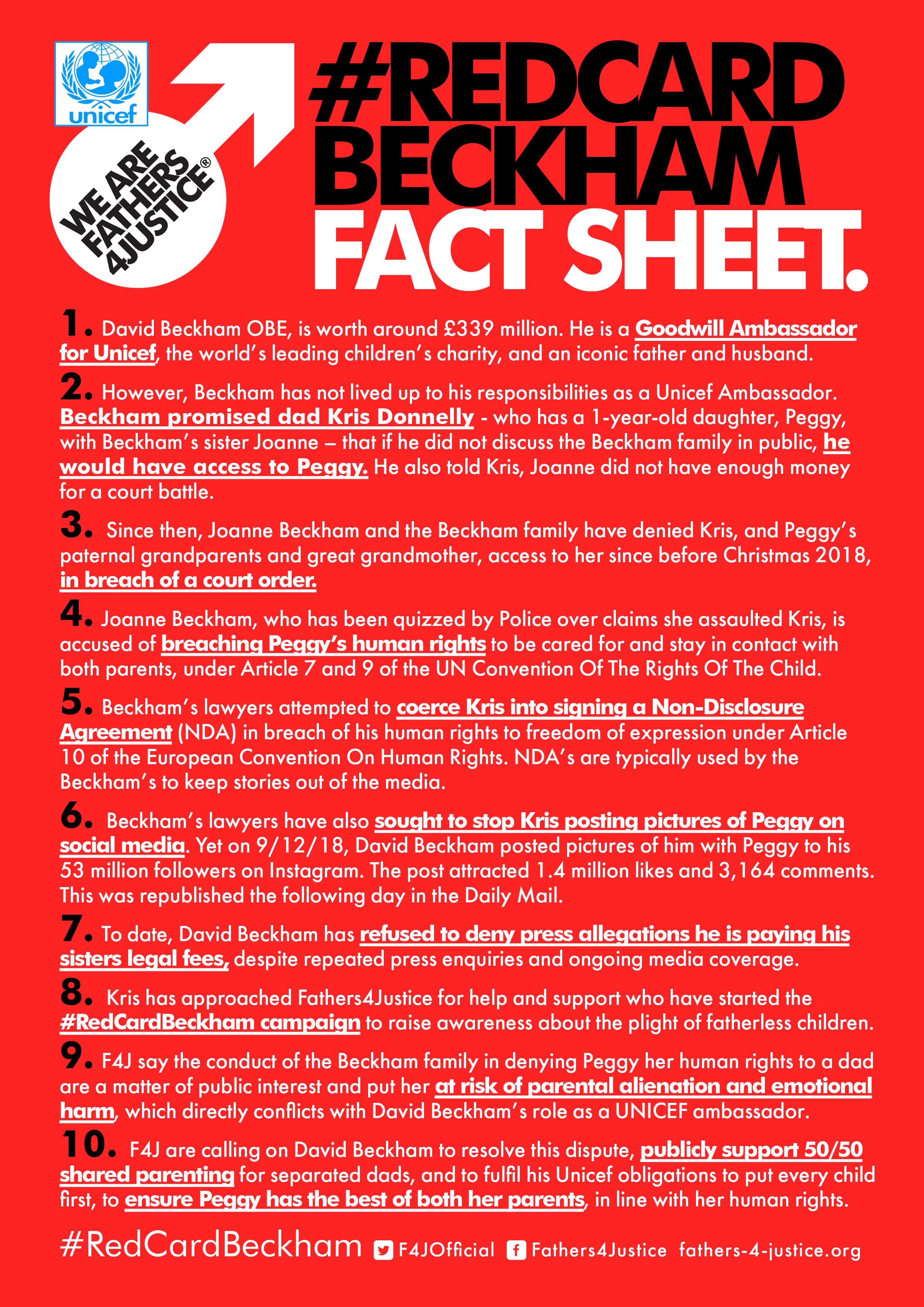