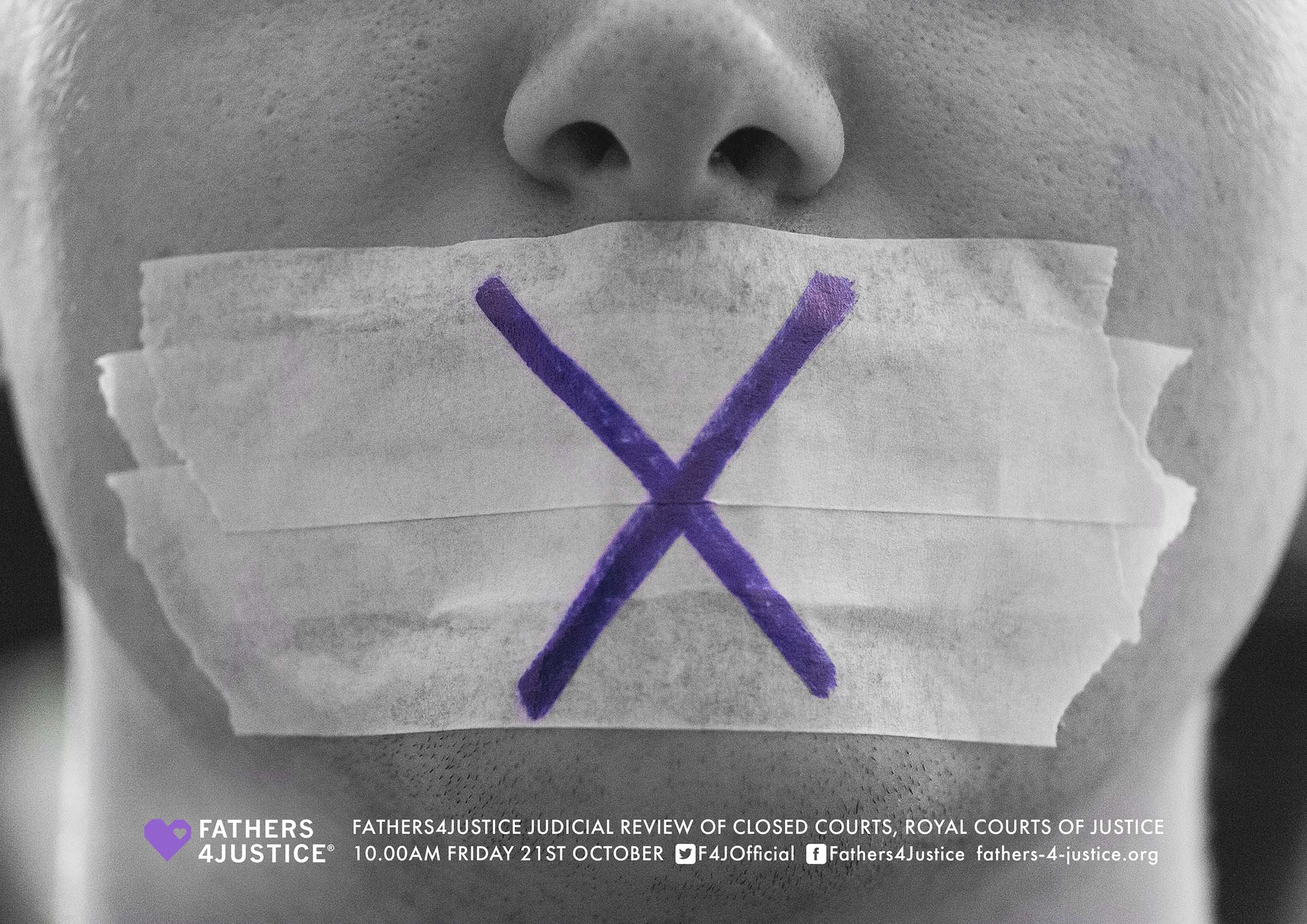 HEARING 21 OCTOBER 2016 The founder of Fathers4Justice appears in the High Court (Royal Courts of Justice) on FRIDAY 21ST OCTOBER 2016 for the trial of his Judicial Review Claim seeking to quash the decision of Aldershot Magistrates Court on 20 February 2015 to hold his trial for a minor public order offence in a court which banned the public from attending the trial. Matthew O’Connor also seeks quashing of the whole trial proceedings (so far as they got: the Bench adjourned the case to allow this Judicial Review to be brought) as a nullity, not being held in open court as required by (1) the Common Law, (2) the Magistrates’ Courts Act 1980, and (3) Articles 6 & 10 ECHR. One of the excluded members of the public, Mr Donald Jerrard, retired solicitor, has been joined as 2nd Claimant in the Judicial Review.

ABORTED TRIAL 26 JULY 2016 The Judicial Review Trial was originally meant to take place on 26 July 2016, listed for 1 whole day but Lord Justice Burnett recused himself because he admitted knowing well one of the senior HMCTS officers who had approved HMCTS’s banning policy, a policy and the conduct of HMCTS in applying it on 20/2/2015 which Matt’s advocate made clear was going to be heavily criticised in oral submissions. Having recused himself, Burnett LJ and fellow Judge Mr Justice Collins then ordered relisting of the Trial with the listing cut to ½ day, despite protests from Matt’s advocate that it would then be impossible in that time to go into the HMCTS conduct and policy matters and connected issues about Court security and rights of the public: see below.

MOTIVE BEHIND MATT’S ARREST & PROSECUTION Fathers4Justice believe the arrest and criminal charge under s.5 Public Order Act 1986 were politically motivated and relate to the Group’s criticism of Caroline Nokes, MP for Romsey and Southampton North, and Hampshire Chief Constable Andy Marsh over an alleged child abuse cover up at Stanbridge Earls School in 2013/14. In April 2014 Mr Marsh faced an investigation that he leaked details regarding the abuse to the MP. Mr Marsh, who is now Chief Constable of Avon and Somerset Constabulary is currently under a second criminal investigation relating to this matter. We believe the real reason why anyone remotely connected with Matt O’Connor was not allowed to attend the trial in February 2015 was to censor reporting of the case and to suppress any report coming out about Nokes, Marsh, and the child abuse cover up.

FOCUS OF HIGH COURT However, the High Court’s main focus on 21st October will simply be the lawfulness or otherwise of the exclusion of all Matt O’Connor’s supporters and whether or not in consequence the Aldershot proceedings were held in open court as required by law. Secondly, the High Court at the Leave hearing on 15 October 2015 expressed concern about the behaviour of the Court Security and is expected to give guidance for future cases. Mr Justice Ouseley said:  “There are potentially important and difficult issues to be resolved about the interaction between magistrates, security and the public, who decides what in relation to a building operated by a general court service for the purposes of providing courts in which access by the public to the courts for the purpose of hearing cases is normally a matter for judicial control“. The Divisional Court on 15/10/2015 directed a 1 day hearing so all these issues could be properly considered in argument in open court.

ENGLISH JUSTICE NOW ON PAPER AND NOT IN OPEN COURT But due to the court time now being cut to ½ day these issues will only be aired on paper, not orally in open court, thus seriously undermining the Open Justice principle which is at stake, and turning our legal system for appeals and reviews into the American style system of “paper briefs”. Matt O’Connor subsequently filed a formal N244 Application (fee £255) seeking to restore the original 2015 Leave Divisional Court’s direction for a full 1 day but this was also dealt with on paper, by Mr Justice Collins who refused it. When Matt’s advocate Dr Michael Pelling went to the Admin.Court Office to lodge Matt’s written request to renew the Application at an oral hearing, he was told this would need another N244 Application costing a further £255. And there would be no guarantee against that Application also being dealt with on paper by Mr Justice Collins again!

So our wonderful system of British Justice (best in the world) no longer guarantees you an actual hearing, but it seems increasingly Open Justice is being destroyed by moves to decisions being made on paper behind closed doors in judges’ private rooms with no hearing at all.

HMCTS CONDUCT AT ALDERSHOT 20/2/2015 Evidence was disclosed by HMCTS of how the SW Regional Security Officer Mr Richard Harvey, and the Court Delivery Manager Ms Donna Beeson conspired the day before on 19/2/2015 to bar entry to the Court building of anyone connected with or supporting Matt O’Connor. They had no evidence whatsoever of any intended disruption that could possibly justify such plans; on the day of the trial they carried out their plan to the extent of even banning from entering the Court building two of Matt’s defence witnesses, one of whom was a Hampshire County Councillor (Tony Hooke). Interfering with witnesses is a serious criminal offence (and criminal contempt of court): perverting the course of justice, or interfering with the administration of justice. HMCTS has already admitted that Mr Harvey and Ms Beeson did not follow HMCTS internal policy, because they did what they did without consulting the magistrates. Read in detail in the Court papers, if you can gain access to them. You’ll have to make a formal N244 application to the Court costing £255 for most of them, with additional copying charges to follow (£10 per document + £0.50/page if in excess of 10 pages)!

ERRORS OF THE ALDERSHOT MAGISTRATES 20/2/15 When Matt O’Connor objected to the exclusion of the majority of the public from his trial, the Bench made a number of errors in deciding to uphold the exclusion. Thus:

(1) They took no evidence at all, but simply assumed the Regional Security Officer Harvey had some good reason for his barring people from coming in.

(2)  They did not exercise a judicial discretion and judgment, but effectively delegated the decision to the Security Officer.

(3)  They acted on legally erroneous advice from their Legal Advisor (clerk in court).

(4)  They acted in breach of the Criminal Procedure Rules 2014 (Part 16) in not giving the excluded members of the public, or at least a representative of them, an opportunity to make representations about the exclusion.

This is an important case and is likely to set a precedent. The High Court hearing will be open to the public: come and support the Claimants and the principle of Open Justice. It is expected that advocate for Matt will be Dr Michael Pelling, Open Justice campaigner.

Watch the courts deny members of the public access to Matt O’Connor’s trial: